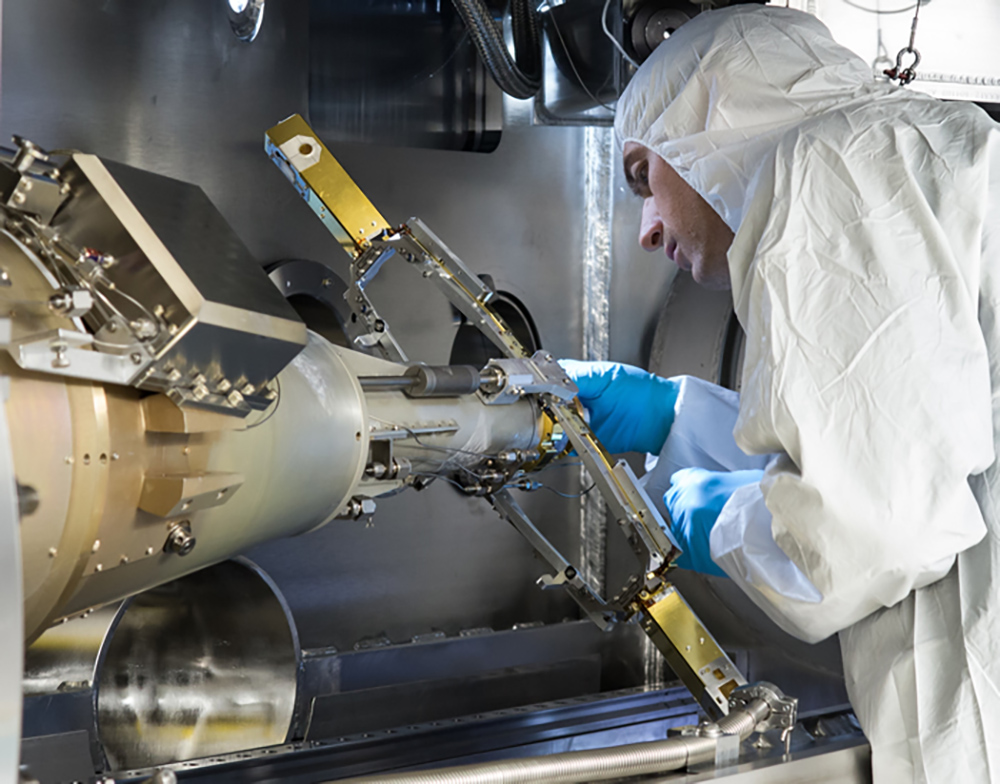 Senior mechanical engineer Kurt Boehm participates in the installation and initial checkout of a new shimless and integrated shroud assembly on an ignition target inserter and cryostat (ITIC) in the NIF cryogenic target positioner. The new design reduced shroud installation and alignment time by half.

Because NIF is a one-of-a-kind facility, it offers opportunities for research that were impossible until recently and are still unavailable anywhere else. And while its primary mission has always been to further stockpile stewardship for national security, NIF’s unparalleled capabilities also make it extremely useful for researchers worldwide.

“A long line of scientists are eager to conduct their experiments on NIF,” said NIF Director Mark Herrmann, “and we have a responsibility to make every minute of shot time count, to maximize return on the taxpayers’ investment.”

Innovative efficiency improvements that have dramatically increased the number of NIF’s annual experiments are a signature achievement of the facility. The NIF Team undertook an aggressive effort to boost the shot rate from 2014 to 2016, doubling NIF’s capacity to carry out groundbreaking science on the facility. NIF now fires about 400 shots per year, enabling stockpile stewardship research to advance more quickly and enhancing NIF’s value as the preeminent facility for inertial confinement fusion (ICF) and high energy density (HED) research, national security applications, and Discovery Science experiments.

“We’re pulling out all the stops to increase the value of the facility for our sponsors and to better support stockpile stewardship.”

“This increase in available shot time at a constant level of funding is a testament to the creativity and hard work of the entire NIF Team in finding ways to streamline the process,” Herrmann said. “The effort involved every part of the system, from laser shots, to optics, to targets, to diagnostics—all contributing to creating more opportunities to support NIF’s missions.”

In 2014, the Laboratory—responding to a Congressional appropriations bill requirement—completed a major study by a team of more than 80 NIF collaborators and sponsors involved in HED research. The study made organizational, engineering, scheduling, and experimental configuration recommendations that were implemented in the following months and years, substantially streamlining the turnaround time between experiments. 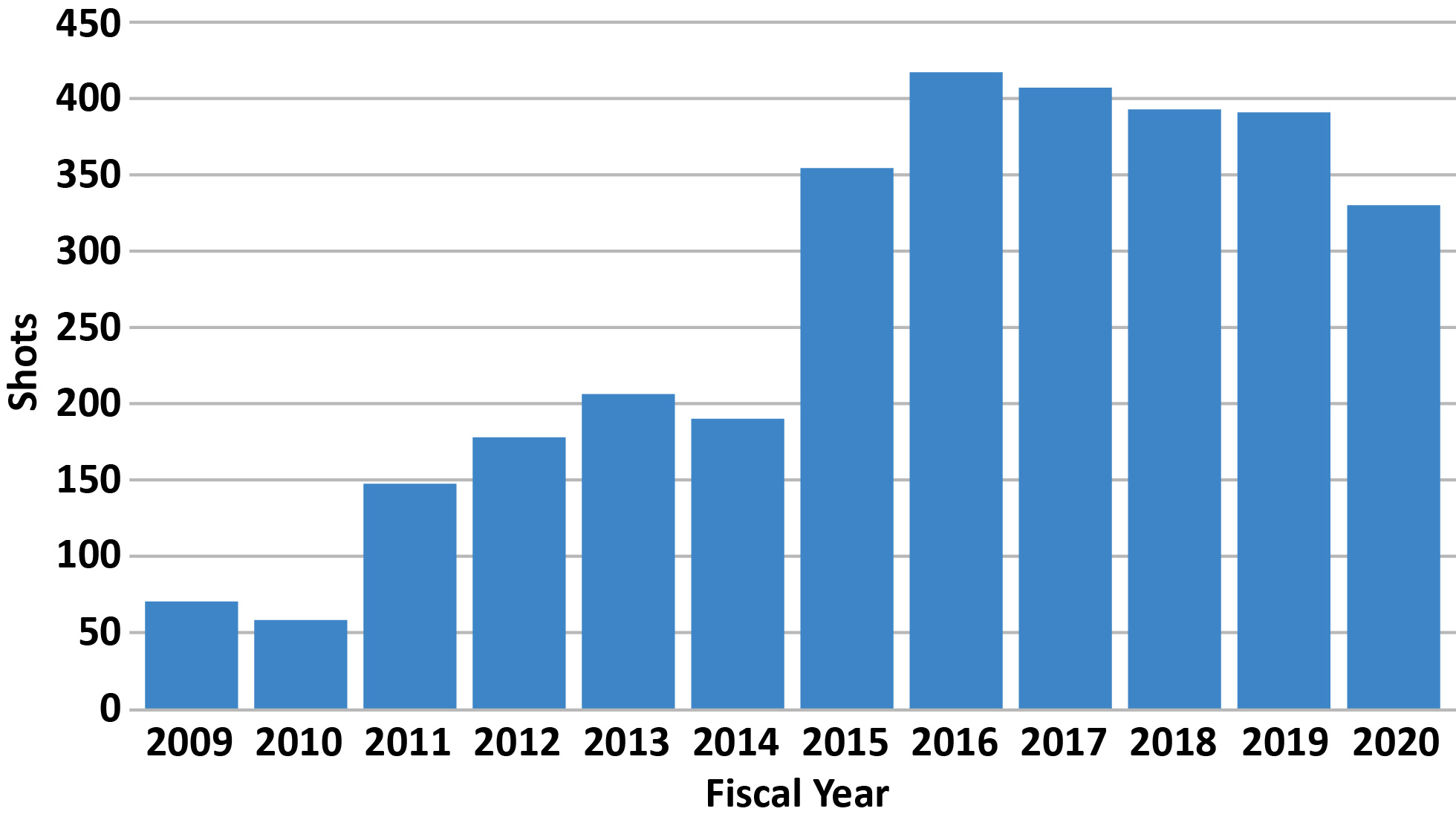 Some examples of efficiency improvements: 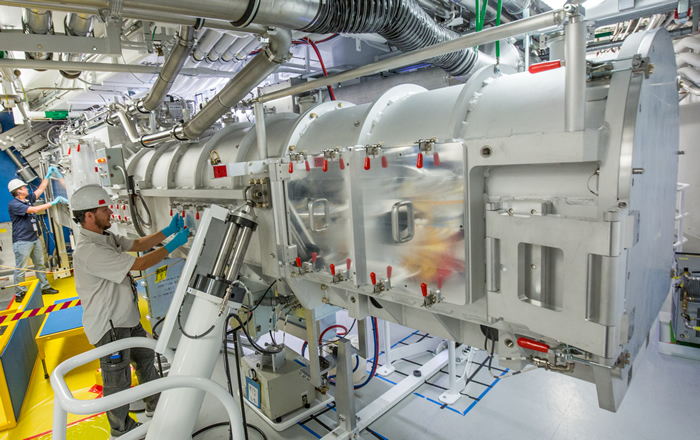 Target Area operators prepare a target and diagnostic manipulator (TanDM) for a NIF shot. The 9,000-kilogram (20,000-pound) mechanism is about 8.5 meters long, with a boom that can extend about 6.75 meters. Credit: Jason Laurea

Next Up: A Legacy of Lasers