Planning, scheduling, and efficiency changes designed to enhance NIF’s productivity have resulted in a continuous increase in the number of experiments NIF was able to conduct during Fiscal Year 2014, which ended Sept. 30.

NIF completed a weekly average of 6.9 laser shots with targets in the fourth quarter of FY 2014—more than double the rate of 2.8 shots per week in the first quarter of the year. The quarter ended with a two-week test of complex high-shot-rate operations, with nine shots conducted each week. For the year, the NIF Team conducted a total of 191 target experiments against an original planned total of 150.

The shot rate growth is due largely to the fact that “NIF is spending more time shooting,” said NIF User Facility Manager Doug Larson. NIF adopted a model used successfully at the OMEGA Laser Facility at the University of Rochester, where the facility clearly separates “shot mode” from “maintenance mode.” NIF’s implementation of this model involved shooting around the clock for five straight days each week, and then doing 48 hours of maintenance. This allowed experiments to be conducted on a more continuous basis, with less startup time and fewer interruptions compared with doing a combination of shots and maintenance each day. 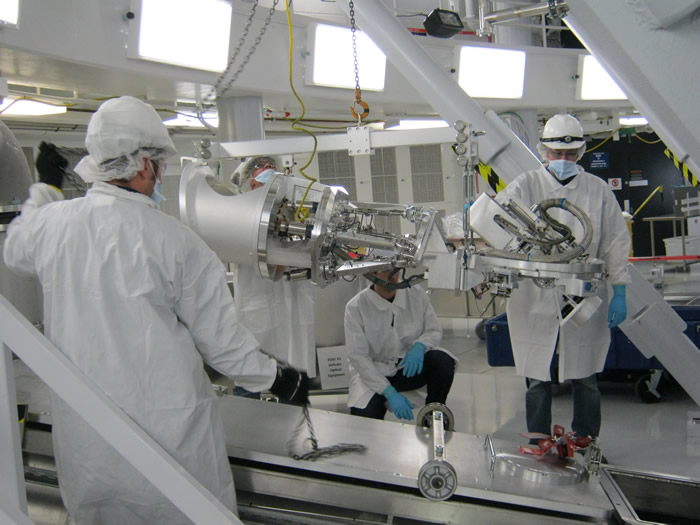 Mechanical Engineer Keith Solberg and Eric Downing and Nick St. Hilaire of the NIF Transport & Handling Team remove the Final Optics Damage Inspection (FODI) instrument from its position in the NIF Target Bay to protect its camera and electronics from neutron radiation damage during a high-yield shot. Thanks to new lifting controls and devices and crew experience, this once complex operation is now routinely performed in a fraction of the time it once took.

Another change that resulted in more shots was the initiation of a fast-turnaround operations model based on the Formula One race car pit-crew model, developed by the NIF Team early this year to improve shot turnaround efficiency and enable a new scheduling paradigm (see NIF’s “Formula One” Model Receives Operational Excellence Award).

A third initiative to boost shot production was the introduction of “mini-campaigns” designed to minimize facility changes while optimizing data return. In late June, for example, the NIF Team conducted a zirconium backlighter mini-campaign by firing four full-system shots in 20 hours—a NIF record. The mini-campaign “was an opportunity to test new operations and scheduling concepts which will help us transform the NIF into a user facility that will take full advantage of its potential,” said NIF&PS Principal Associate Director Jeff Wisoff.

Then there was the introduction of warm (room-temperature) “subscale” NIF targets in July. The size of both the target capsule and hohlraum are scaled to about 80 percent the size of an ignition target. These targets, used in tuning experiments, require less laser energy, have less optics impact, and are faster to field than their full-scale cryogenic counterparts, providing a more efficient tuning platform. Ten warm subscale target shots were successfully conducted in a mini-campaign during the week of Sept. 19.

These improvements and others were recommended by a Congressionally-mandated 120-day study to find ways of increasing the NIF shot rate over three years at a constant annual funding level. A national team of NIF collaborators and sponsors led by Larson and then-NIF Director Jeff Atherton made organizational, engineering, scheduling, and experimental configuration recommendations to enhance NIF’s shot availability. Among the recommendations, which are being implemented in close collaboration with NIF’s users, were increasing the number of hours dedicated to shots during shot weeks from about 80 to 120; increasing the number of shot weeks per year from 38 to 44; and reducing shot cycle time. By engaging the NIF user community as well as NIF’s sponsors in the effort, Wisoff said, the study will further the ultimate goal of transforming NIF into a world-class user facility.

The 120-day study also recommended alternating the use of the cryogenic target positioner (Cryo TarPos) and target positioner (TarPos) from one shot to the next, a process that was successfully tested in September and resulted in the completion of nine shots a week during two successive weeks. When one positioner is warmed up, the target is installed and prepared for the shot while the shot cycle is proceeding on the cold target with the other positioner. The change removed the long target installation and preparation sequence from the critical path of the shot schedule, reducing the typical 20-hour shot cycle for cryogenic shots to less than 12.5 hours. 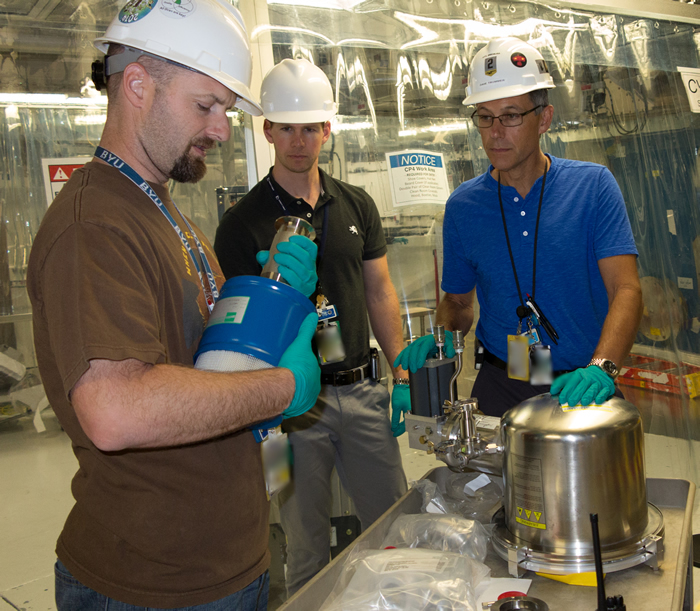