Keys to Our Success 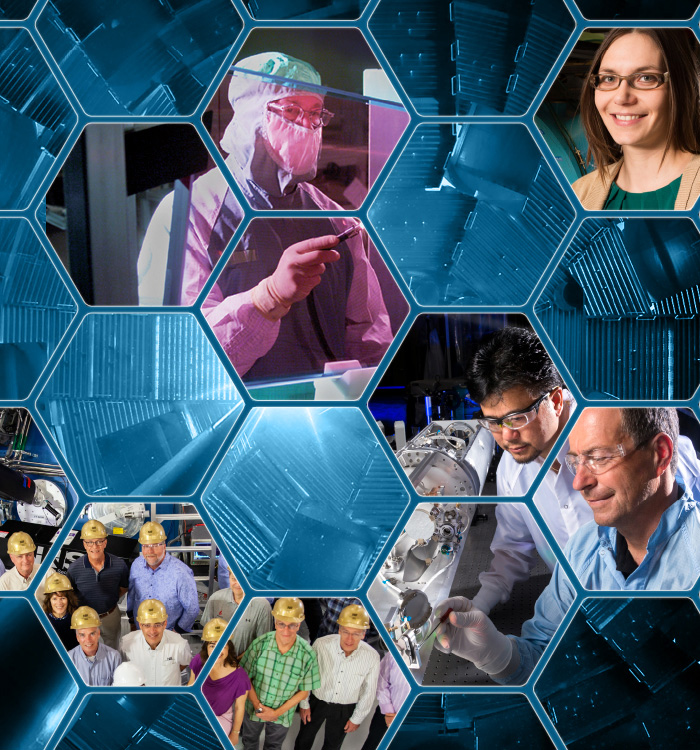 People: The Eighth Wonder of NIF

Teamwork among the various disciplines that contribute to experiments and directorate operations has been a major factor in NIF’s success.

Since the first full-scale experiments were conducted on the National Ignition Facility in 2009, the skilled and dedicated members of the NIF & Photon Science Team, along with their many partners and collaborators, have made remarkable progress in every facet of the directorate’s operations.

The uncharted path the team has carved is rich with discovery, invention, and new understanding.

From the outset of facility construction in the early 1990s, our people have faced—and met—a daunting array of engineering and logistics challenges (see “The Seven Wonders of NIF”) to bring the vision of Lawrence Livermore National Laboratory and its laser, optics, and fusion pioneers to fruition.

Thanks to the untiring efforts of these pioneers and their successors, NIF has emerged as one of the most reliable and productive scientific instruments ever built—a highly flexible and reproducible laser system capable of conducting a wide range of unique experiments in support of the nation’s security, while also advancing the frontiers of high energy density and inertial confinement fusion science.

Years of testing, learning through experience, and equipment and process improvements have enabled the NIF&PS Team to push the envelope of laser energy and power beyond the facility’s original design criteria at a constant level of funding—while making safety a top priority in all aspects of directorate operations. 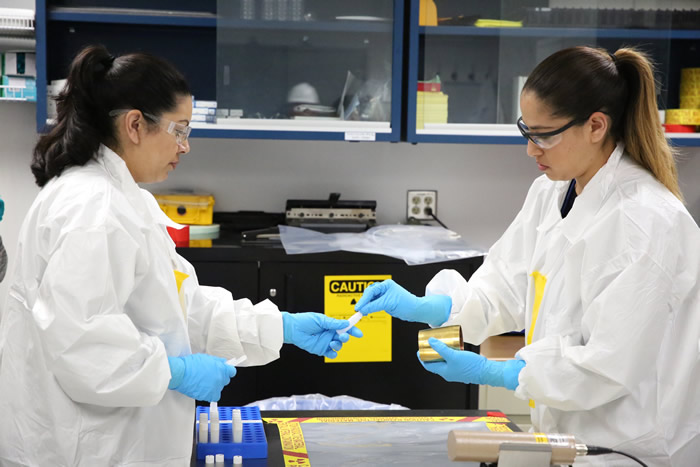 NIF Radiation Technicians Judy Zarco (left) and Myrna Gutierrez at work in a NIF radiation cleanroom. Zarco and Gutierrez were working as cleanroom custodians when they saw an opportunity for career advancement. Encouraged by NIF managers, they began a two-year full-time radiation safety program at Las Positas Community College and attended radiation control technician (RCT) training at NIF, all while working 13-hour shifts, to earn their certification as RCTs. Credit: Charlie Hunts

The team has stayed on top of ever-evolving scientific needs through new knowledge and techniques, better modeling and simulation based on experimental results, new experimental platforms, new equipment and procedures for improved efficiency, advanced diagnostics, breakthroughs in lasers and optics, and increasingly complex custom-made targets.

“We’ve all made sacrifices to get here, but it is worth it to stand here now in a structure that many said could never be built, as it performs on a day-to-day basis what many believed it couldn’t. We converted many of the naysayers into supporters of the new technology as the project proceeded. I’m proud of the team and what we’ve accomplished.”

With more than 10 years of operation and more than 3,000 shots, the NIF Team continues to set records in power, energy, and neutron yield and to provide new insights into phenomena like the metallization of hydrogen and the extreme conditions in the interiors of distant planets (see Discovery Science). While the scientific Grand Challenge of fusion ignition remains an unrealized goal, each step in the journey provides new insights and helps close the gaps in our knowledge of unresolved issues.

The uncharted path the team has carved is rich with discovery, invention, and new understanding. From administrative professionals to x-ray technicians, and every profession and job skill in between, NIF & Photon Science people have and will continue to serve as committed stewards of the nation’s security and scientific leadership, now and in generations to come.

The articles in “Keys to Our Success” highlight the people and programs that have contributed to the success of the NIF & Photon Science Directorate and the National Ignition Facility over more than a decade.

Next Up: Facility Operations