A Legacy of Lasers and Laser Fusion Pioneers 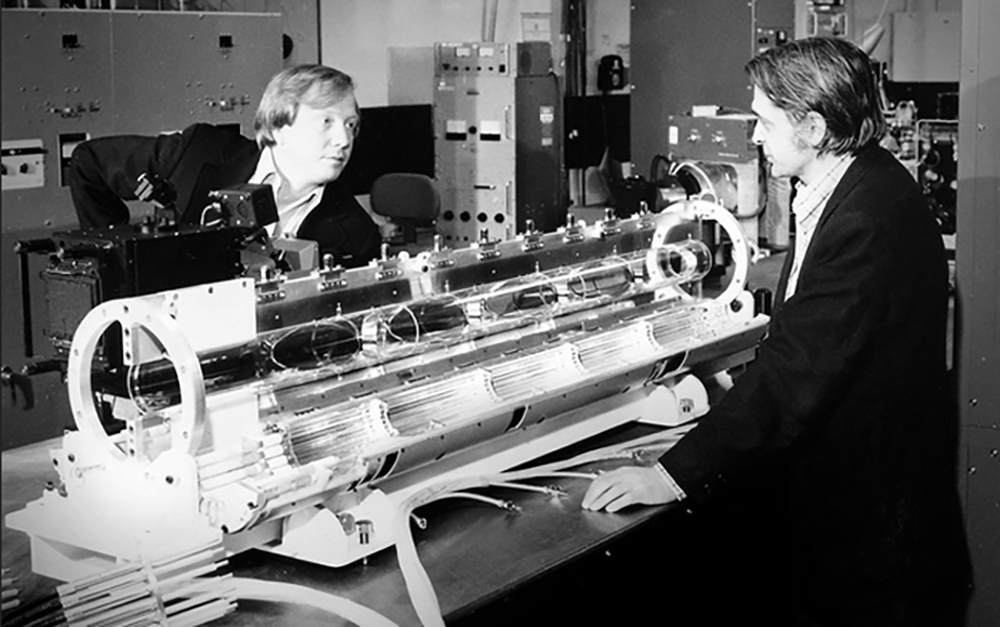 Setting the Table for NIF

Over the six decades since the first laser was demonstrated in 1960, LLNL researchers have designed and built a remarkable succession of lasers—each bigger, more complex, and more powerful than the last. Extraordinary challenges entice and inspire great people, and the work the Laboratory and its laser, optics, inertial confinement fusion (ICF), and diagnostics pioneers did to optimize laser performance and measurement techniques, past and present, help make today’s laser research possible, at LLNL and around the world.

“(John Nuckolls) has always been an intellectual leader who thinks outside the box. He never even knew there was a box. He embodies the way the Laboratory takes on problems.”

These unprecedented projects were the basis for numerous collaborations with universities, other laboratories, outside industry, and the larger fusion research community—collaborations which made possible the construction, some 20 years after Janus, of NIF, the world’s largest and highest-energy laser system. Concurrently, researchers also developed increasingly sophisticated optics, targets, and the diagnostic instruments needed for measuring and observing what was happening in the laser systems and their experiments.

Thanks to the hard work and innovation of the members of the NIF Team, our collaborators and industrial partners, and our partners in ICF and high energy density science research, NIF is now helping the nation maintain its credible nuclear deterrent while taking important steps toward achieving ignition and providing experimental access to user communities for national security, Discovery Science, and the quest for clean fusion energy. None of this would have been possible without the creativity and dedication of LLNL’s laser and fusion pioneers and their successors. We truly do stand on the shoulders of giants.