Key Steps on the Path to NIF 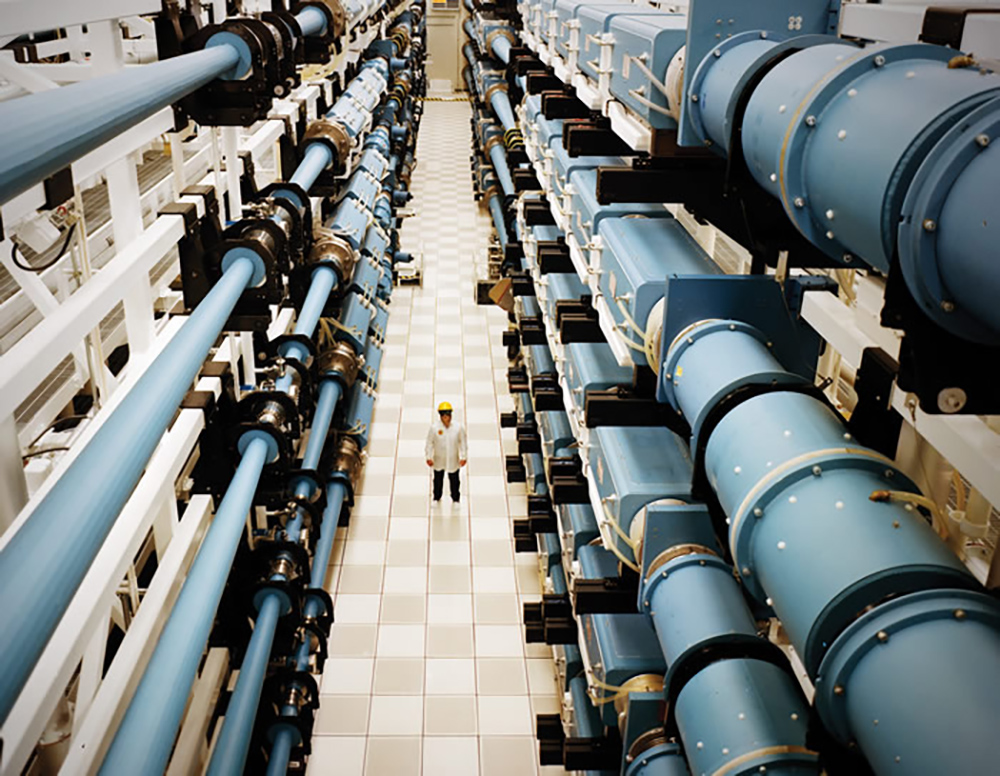 A view between two banks of the ten beamlines in the laser bay of the Nova laser, NIF’s predecessor. The blue boxes contain the amplifiers and their flashtube “pumps”; the tubes between the banks of amplifiers are the spatial filters.

The decades-long path to NIF presented many obstacles, faced much skepticism, and was never certain until the lasers actually began to fire. Meeting those tests demonstrated a particular strength of LLNL and its people: surmounting setbacks and technical challenges. Here is a brief summary of the major steps leading to NIF’s dedication in 2009:

1917: Albert Einstein lays the foundation for the laser by introducing the concept of stimulated emission: a photon interacts with an excited molecule or atom and causes the emission of a second photon having the same frequency, phase, polarization, and direction.

1957: Edward Teller and colleagues at LLNL begin to explore peaceful applications of nuclear explosives, including the use of nuclear technology as a source of energy. 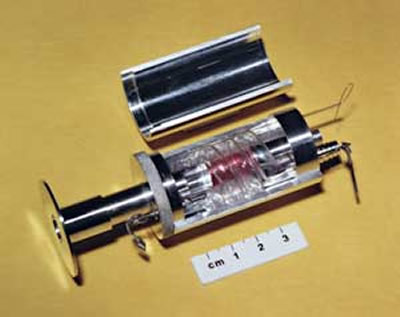 July 1960: Nuckolls and his colleagues are “astonished” when Ted Maiman at Hughes Research Labs in California announces the first working laser—an acronym for light amplification by stimulated emission of radiation.

1961-1962: LLNL’s Ray Kidder and others make calculations with weapons design codes in which the surface of a fusion capsule is ablated directly by a high-power pulse of spherically symmetric laser light. The calculations show that “energy gain”—generating more fusion energy than the energy required to initiate a fusion reaction—would require the fuel to be compressed to about 1,000 times its liquid density (200 grams per cubic centimeter).

1962-63: Livermore Director John Foster, along with Associate Director Teller, start a small experimental laser fusion program directed by Ray Kidder to study the possibility of using lasers to compress fuel to the density required for energy gain. Nuclear experiments are also initiated to explore ignition of small DT masses and to test the stability of implosions driven by strong pulse shapes.

1970-71: A new generation of computer calculations by Nuckolls, Lowell Wood, George Zimmerman, and Ron Thiessen show that interesting laser fusion experiments could be done with lasers as small as 10 kilojoules and that target gains of 100 could be achieved with a megajoule-size laser. Skeptics, however, question the feasibility of multi-megajoule, hundred-terawatt lasers. 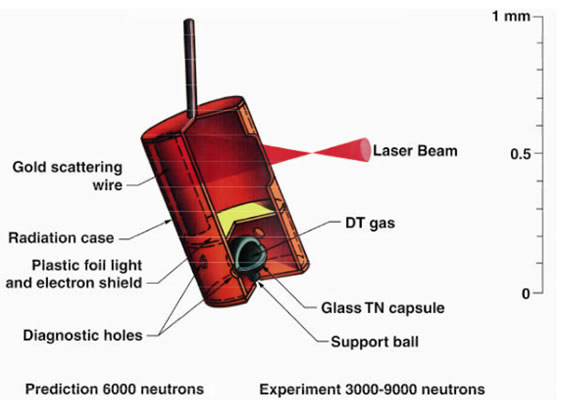 1972: LLNL Director Mike May and Associate Director Carl Haussman consolidate the Laboratory’s laser efforts into a single focused program, with Haussman as associate director of the Laser Program, John Emmett, a laser scientist from the Naval Research Laboratory, as Y Division leader, and Bill Krupke as Emmett’s deputy. Haussman, Emmett, and Krupke lead a major expansion into the use of lasers for fusion weapons physics, fusion energy, isotope separation, military defense, and other applications.

1976: Physicist Mordy Rosen is hired by Nuckolls into X-Division (ICF design). Rosen goes on to lead X-Division during the 1990s when the Nova Technical Contract is completed, leading to DOE’s final approval of NIF construction. Other key members of X-Division include John Lindl, Bill Kruer, and Claire Max.

1977: Under the leadership of ICF Program Director John Holzrichter, the 20-beam Shiva laser delivers 10.2 kilojoules of infrared laser energy in less than one-billionth of a second in its first full-power firing, becoming the world’s most energetic and most powerful laser.

1985: The 10-beam Nova laser produces 40 kilojoules of ultraviolet energy in its 4.5-meter-diameter target chamber. Nova includes optical elements to convert infrared light to ultraviolet and provides the physics basis for proceeding with a 1- to 2-megajoule laser designed to demonstrate thermonuclear ignition and propagating plasma burn in the laboratory.

1992: The last of 1,032 nuclear tests carried out by the United States, a 20-kiloton underground test code-named Divider, is conducted at the Nevada Test Site on September 23.

1993: On January 15, as his last official act in office, Secretary of Energy James Watkins signs Key Decision 0, which affirms the mission need for the National Ignition Facility. The justification states that NIF is being proposed to support the inertial confinement fusion program requirement to achieve ignition and propagation of thermonuclear fusion and burn. 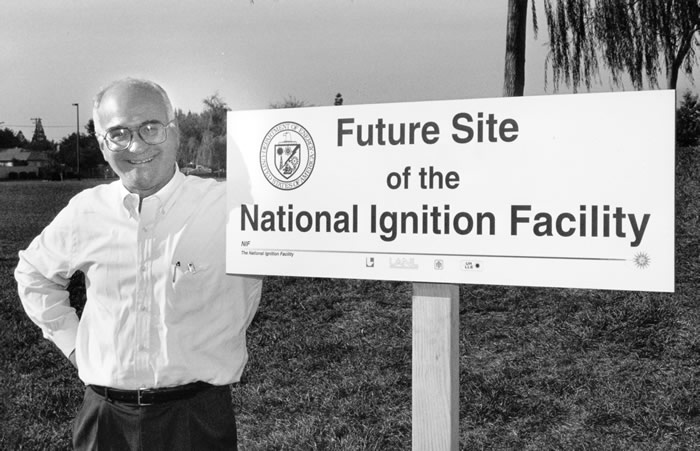 Victor Reis, the Assistant Secretary for the Department of Energy’s Defense Programs, played a key leadership role in the 1990s in defining the emerging Stockpile Stewardship Program and the need for the National Ignition Facility.

1994: On October 21, Energy Secretary Hazel O’Leary verifies the mission need for NIF and identifies LLNL as the preferred site for the facility. The mission areas identified for NIF are nuclear weapons physics, inertial fusion energy science and technology, and other applications. The nuclear weapons physics discussion states that, “In the absence of underground testing, the NIF would be a critical tool for the Department’s Science-Based Stockpile Stewardship Program.”

Next Up: 45 Years of Laser Leadership