Our planet faces a daunting challenge this century: closing the gap between projected energy demand and the supply of sustainable, carbon-free, affordable energy.

Today, 80 percent of the world’s total primary energy demand is met with fossil fuels, which emit significant quantities of carbon dioxide and methane, the two primary greenhouse gases, into the atmosphere. This situation has implications for our geopolitical energy security, for the global climate and ecosystem, and for human health and welfare. Energy researchers say an energy technology revolution and breakthrough concepts are needed to “de-carbonize” the world’s energy system and stabilize the climate.

A pickup truck filled with fusion fuel has the equivalent energy of 2 million metric tons of coal, or 10 million barrels of oil.

One such concept being studied at LLNL is a laser-based inertial fusion energy (IFE) system that would build on the inertial confinement fusion (ICF) experiments conducted on NIF. If successful, IFE promises safe, carbon-free, and sustainable energy.

The nuclear power plants in use around the world today use fission, or the splitting of heavy atoms such as uranium, to release energy for electricity. A fusion power plant, on the other hand, will generate energy by fusing atoms of deuterium and tritium, two isotopes of hydrogen—the lightest element. Deuterium is extracted from abundant seawater, and tritium is produced by the transmutation of lithium, a common element in the Earth’s crust and oceans. 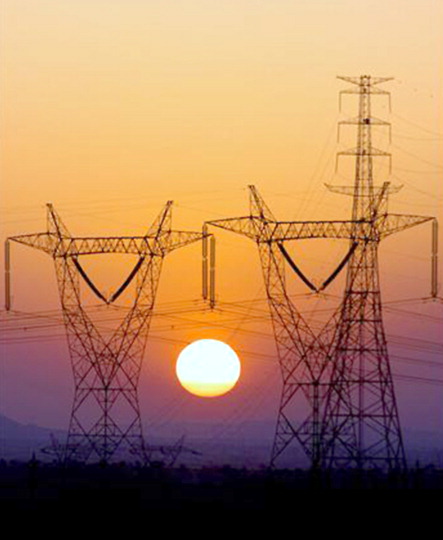 When the hydrogen nuclei fuse under the intense temperatures and pressures in the NIF target capsule, a helium nucleus is formed and a small amount of mass lost in the reaction is converted to a large amount of energy according to Einstein’s famous formula E=mc2.

Harnessing the energy of the sun and stars to meet the Earth’s energy needs has been a scientific and engineering challenge for decades. A self-sustaining fusion burn has been achieved for brief periods under experimental conditions, but the amount of energy that went into creating it was greater than the amount of energy it generated.

What’s needed next, for fusion energy to supply a continuous stream of electricity, is net energy gain—more energy produced by the fusion reactions than the energy required to operate the facility. The National Ignition Facility intends to be the first ICF facility to demonstrate ignition—as much or more energy produced than the amount of energy delivered to the target. NIF reached the threshold of that milestone on August 8, 2021, when an ICF experiment generated more than 1.3 megajoules (MJ) of fusion energy—more than two-thirds of the 1.9 MJ of ultraviolet laser energy deposited on the target. NIF’s fusion targets are potentially capable of releasing 10 to 100 times more energy than the laser energy required to initiate the fusion reaction.

Achieving ignition will provide the data and insights, such as the energy requirements, target designs, and laser drivers, needed to make decisions on whether and how to pursue IFE. An IFE power plant will have to operate at high repetition rates (5 to 20 pulses per second) while delivering an energy gain of about 10 per pulse. Recently LLNL designed and developed the world’s first petawatt (quadrillion-watt) laser system—the High-Repetition-Rate Advanced Petawatt Laser System (HAPLS)—capable of operating at 10 pulses per second. HAPLS is now supporting high energy density, materials science, medicine, biology, and industry experiments at the ELI-Beamline Facility in the Czech Republic.

Because nuclear fusion offers the potential for virtually unlimited safe and environmentally benign energy, the U.S. Department of Energy has made fusion a key element in the nation’s long-term energy plans, with investments in magnetic fusion energy and with the ability to leverage the investments from the National Nuclear Security Administration’s nuclear security programs that support NIF.