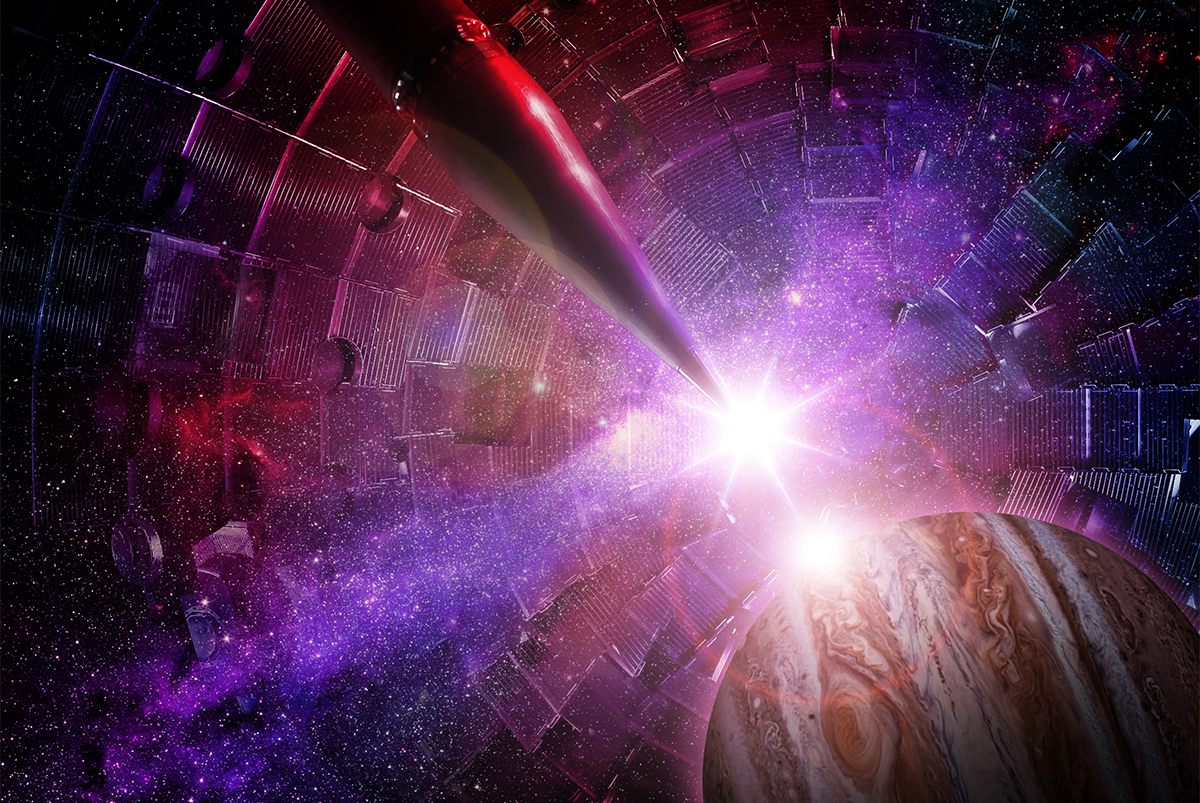 Lawrence Livermore scientists have experimentally re-created the conditions that exist deep inside giant planets, such as Jupiter, Uranus and many of the planets recently discovered outside our solar system. Credit: Damien Jemison

Some of the most intriguing NIF experiments test the physics believed to determine the structures of planets down to their cores, both in our solar system and beyond.

In particular, scientists are using NIF to “explore” recently discovered exoplanets by duplicating the extreme conditions thought to exist in their interiors. Thousands of extrasolar planets have been identified, some smaller than Earth and others a dozen times more massive than Jupiter. 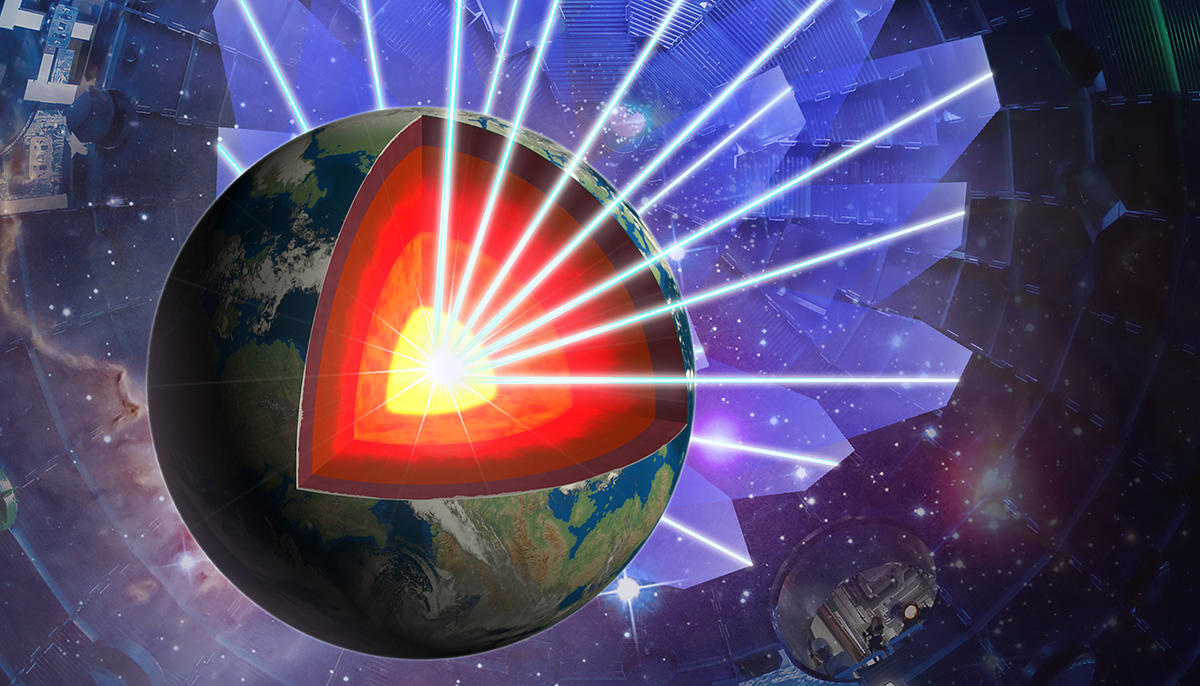 NIF’s lasers are focused onto a multi-stepped iron sample at the center of the 10-meter-diameter Target Chamber. Experiments measure the equation of state of iron under core conditions of large rocky exoplanets. Credit: Bethany VukomanovicThere is intense scientific interest in understanding how these exoplanets might have formed billions of years ago, the composition of their interiors, and whether they could support an atmosphere or even some form of life.

Observational data provide only a rough estimate of an object’s size and mass, so scientists must supplement exploration with modeling. This approach, however, has its limitations because models are based on our solar system, and many planetary systems do not closely resemble ours. Accessing densities and temperatures like those deep within planets through lab experiments lets scientists refine their calculations and models to better understand the structure and formation of bodies both distant and close to home.

NIF experiments designed to replicate the conditions believed to exist in the cores of “super-Earth” extrasolar planets (those 3 to 20 times more massive than Earth) are providing clues to planet formation and structure as well as to the exotic behavior of materials at high densities. Diamond—a form of carbon—is especially interesting to astrophysicists because carbon is the fourth most abundant element in the universe. Icy giant planets such as Neptune and Uranus contain large quantities of methane that decompose at high pressures and temperatures, possibly forming diamond-rich interior layers. Some scientists theorize that large planets like Uranus could have diamond icebergs floating in a methane sea.

Researchers have conducted experiments on NIF in which a sample of diamond was compressed to a pressure of more than 50 million times Earth’s atmospheric pressure. Such conditions are believed to exist in the cores of exoplanets up to 20 times more massive than Earth.

“The Materials Scientist Who Studies the Innards of Exoplanets,” Quanta, June 15, 2021

Next up: Plasma Physics