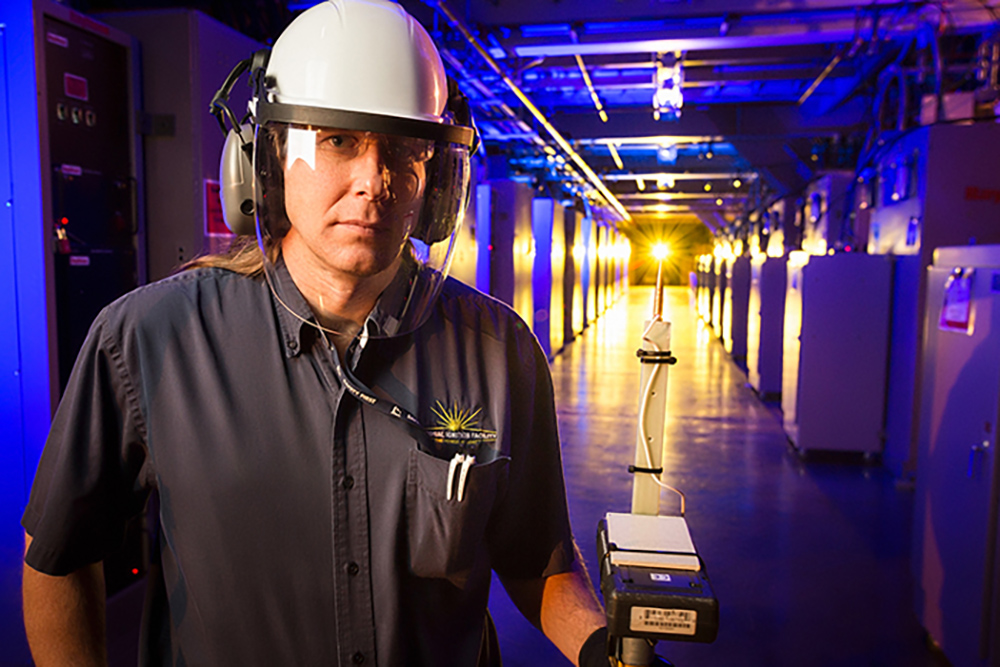 In the early hours of March 10, 2009, NIF made laser physics history by firing all 192 laser beams into the heart of the Target Chamber, delivering 1.098 megajoules (MJ) of ultraviolet (UV) energy in a pulse lasting a few billionths of a second. The event marked the first time any laser facility surpassed the megajoule barrier, and it started NIF on a continuing journey to set more power and energy records.

“NIF’s users are always asking to use more energy in their experiments, because higher energies enhance the science NIF can deliver in support of the Stockpile Stewardship Program.” 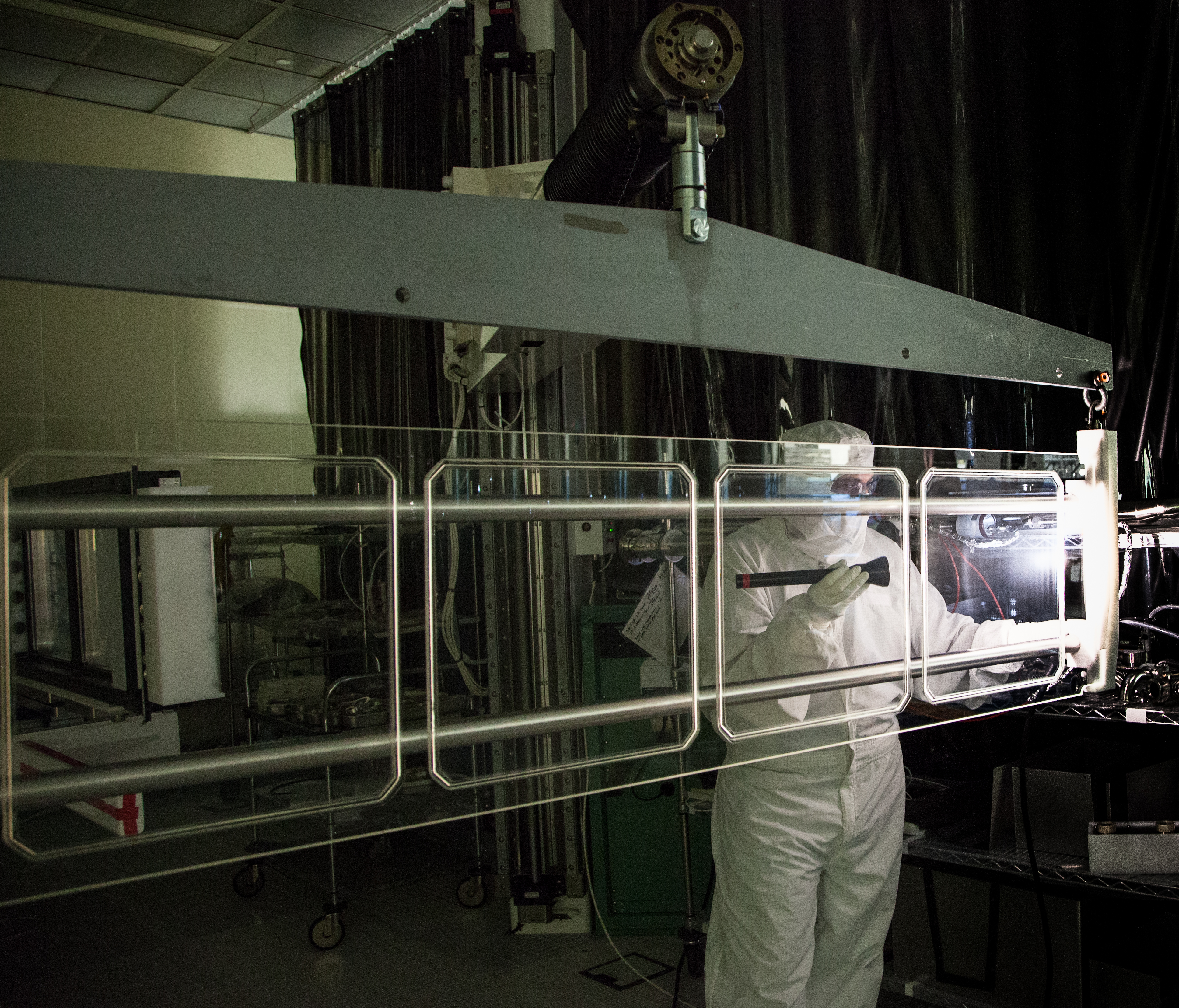 Each milestone along the way gave scientists the ability to demonstrate the highest energy NIF can safely deliver with its optics and laser configurations, thus expanding the boundaries of the science NIF can explore. The journey required painstaking research to get the most out of amplifiers and thousands of precision optical components.

Optics are an essential element of the NIF laser system. Continuous research and development efforts have put NIF’s optics at the cutting edge of material science and technology and play a crucial role in raising the laser’s energy and power thresholds. These breakthroughs have reduced the level of damage initiation and growth in the optics and led to a reduced cost to mitigate existing damage spots.

Based on the successful 2.15-MJ demonstration, NIF is working with LLNL’s ignition program to execute the first ignition experiments that utilize this enhanced energy capability. Looking ahead, this is the first major step toward extending NIF’s energy and power output through technology development and laser research. 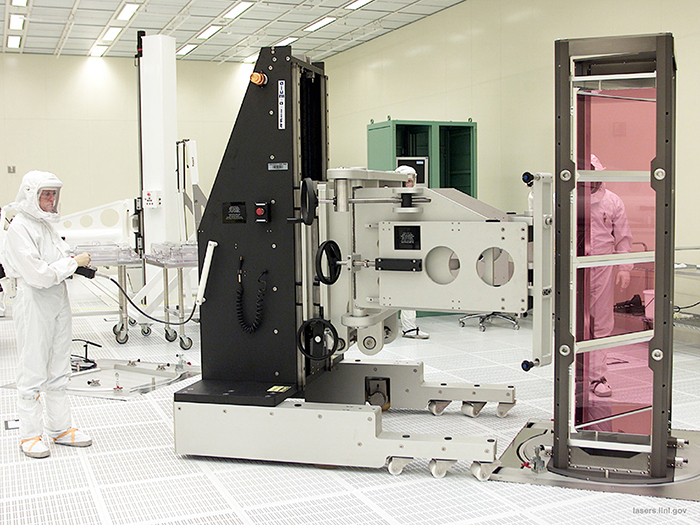 Workers install a laser glass slab in a line replaceable unit that was assembled in the NIF Optics Assembly Building cleanroom.

Next Up: Control Systems