An influential U.S. Department of Energy (DOE) advisory committee has recommended that the nation move aggressively toward the deployment of fusion energy, including investments in technology and equipment to support one of NIF’s core missions—laying the groundwork for the development of inertial fusion energy (IFE). 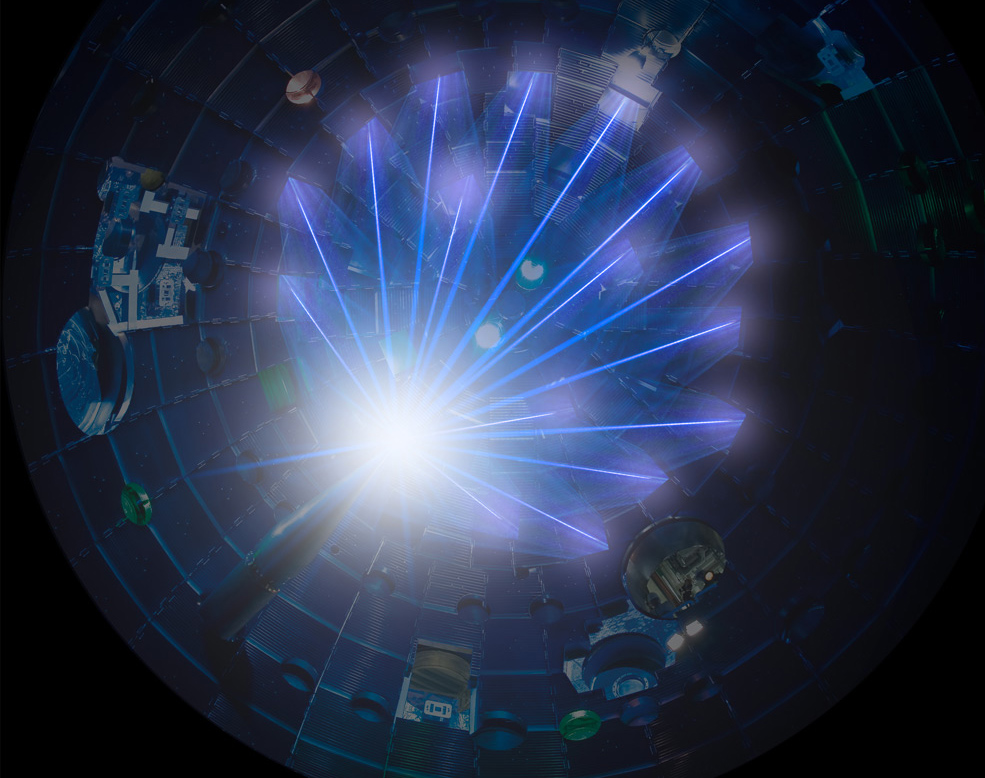 NIF’s high-energy laser beams converge on a target at the center of the Target Chamber. Success in achieving fusion ignition would be a major step forward in the pursuit of safe, carbon-free fusion energy.

The report, Powering the Future: Fusion & Plasmas (PDF), was issued in December by the Fusion Energy Science Advisory Committee (FESAC). It was quickly followed by a February National Academies of Sciences, Engineering, and Medicine (NASEM) report calling for aggressive action to build a U.S. pilot fusion power plant as soon as 2035.

The FESAC report, two years in the making, provides a decade-long vision for U.S. fusion energy and plasma science under the DOE Office of Science’s Fusion Energy Sciences (FES) program. NIF&PS physicist Tammy Ma, a member of FESAC and the report subcommittee, said LLNL was a major participant in the plasma physics community planning process that laid the foundation for the report’s 10-year strategic plan.

Both the FESAC and NASEM reports focus on the development of magnetic fusion energy (MFE) technology, exemplified by the ITER experiment in France; the United States is one of 35 nations participating in ITER, which is more than 70 percent complete and aiming for first plasma operations in 2025.

The reports, however, acknowledge the need for simultaneous pursuit of other government and private fusion technologies including IFE, and the FESAC report notes the “enormous progress” NIF has made toward ignition. Both reports call for partnerships with federal, international, and private investors and outline opportunities for growth in fusion and plasma research, which NIF is intently pursuing (see “10-Year Report Highlights NIF’s Contributions to Plasma Science.”) 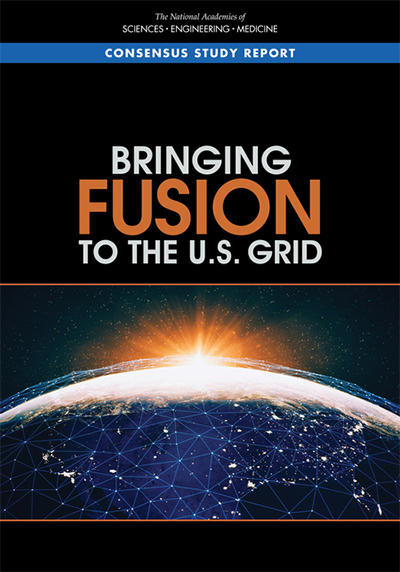 “FES historically has funded the MFE research in the U.S., previously funded IFE, and supported the academic high energy density physics research in the U.S.,” Ma said. “While the total funds LLNL receives each year from FES is small compared to what we receive from NNSA (the National Nuclear Security Administration), the path that FES charts has always had a significant influence on the trajectory of fusion and plasma research at the Lab.

“This report now establishes a strong and coordinated plan for fusion energy and plasma science for the next 10 years in the U.S., and LLNL has an important role to play,” she said.

The FESAC report includes recommendations to FES and prioritizations for a research and technology development portfolio under three budget scenarios: constant, modest (2 percent) growth, and unconstrained.

Points and recommendations in the report relevant to LLNL’s work include:

“Even under the constant budget scenario,” Ma said, “provisions are made to ensure that these activities are supported somehow. New facilities cannot be built, but it is recommended to pursue pre-conceptual design activities and technology development.”

The DOE-sponsored NASEM report, Bringing Fusion to the U.S. Grid, describes the scientific and technical innovations required if fusion is to play a role in the timely transition to a low-carbon economy by 2050. The NASEM plan calls for production of a pilot plant design by 2028 and the addition of fusion energy to the electric grid in the 2035 to 2040 timeframe.

Virtually inexhaustible fusion energy could provide a source of clean, carbon-free baseline electricity for the U.S. grid, the report said, playing a key role as the nation decarbonizes its electricity-generation infrastructure. Fusion uses abundant hydrogen fuels and creates no long-lived or high-level radioactive waste. It is inherently safe and ideally complements other renewable sources of energy.