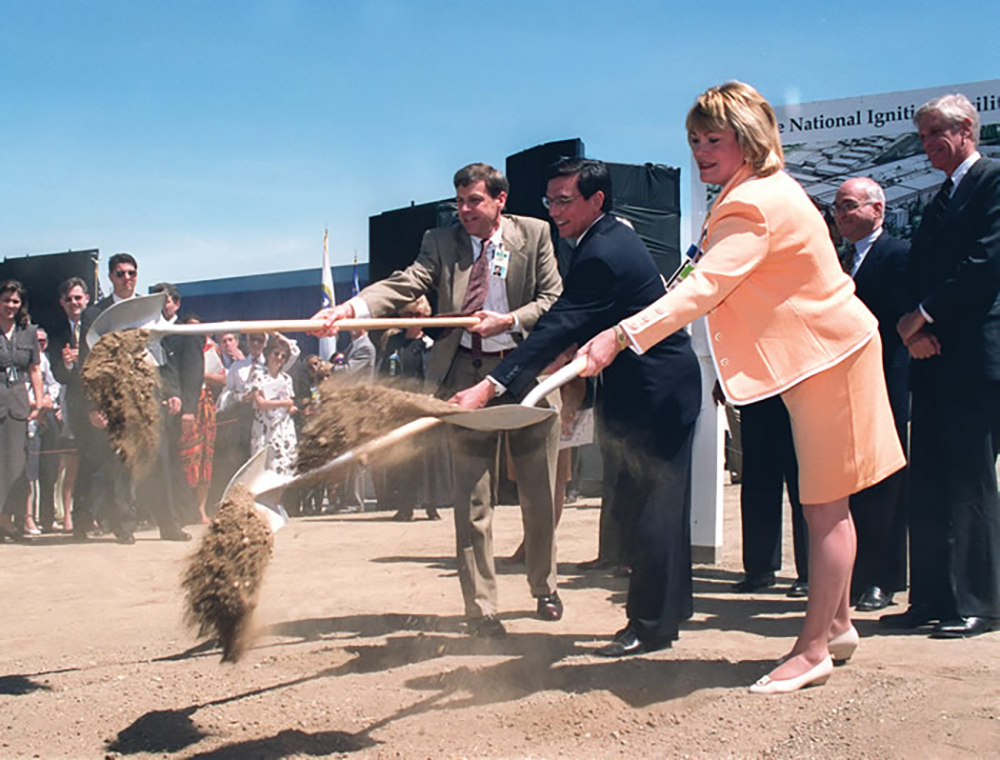 “NIF will unleash the power of the heavens to make Earth a better place.”

Extensive planning for the National Ignition Facility began in the early 1990s. The facility construction challenges were enormous, particularly in managing such a large and technically complex project under intense scrutiny, developing unique laser and optical technologies, and building and aligning the super-clean environmental enclosures containing the laser beams. Many components were obtained thanks to significant technology advancements made to bring the vision of NIF to fruition (see “The Seven Wonders of NIF”). 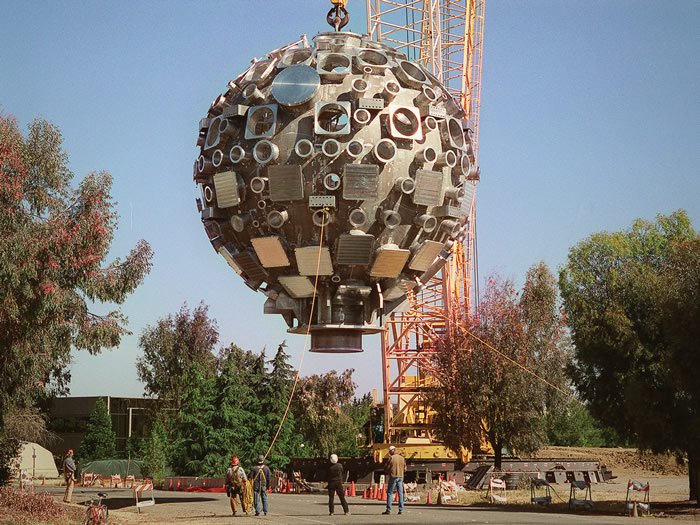 On June 17, 1999, the 287,000-pound, 10-meter-diameter Target Chamber was hoisted by one of the world’s largest cranes. Previously used at the Nevada test site to lower nuclear weapons for underground tests, the giant crane lifted the Target Chamber and gently lowered it inside the NIF Target Bay so the NIF building could be completed around it. This symbolized NIF’s role in stockpile stewardship after the halt of nuclear testing. 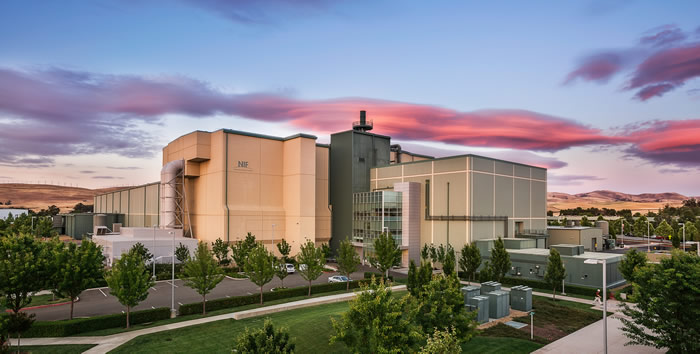 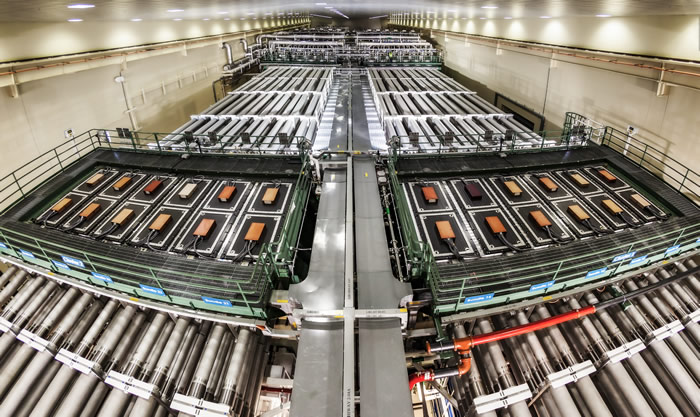 All 192 support structures and clean enclosures for the laser beams were completed in 2003. Special equipment installation and commissioning of the second of two laser bays was completed in 2008. 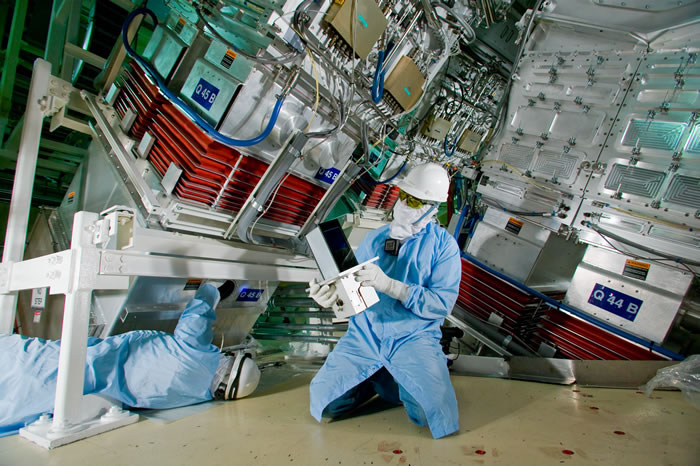 The final NIF Line Replaceable Unit was installed on January 26, 2009, bringing the total to 6,206 LRUs installed since 2001 and marking the final major special equipment installation milestone. On March 31, 2009, the U.S. Department of Energy announced that the National Nuclear Security Administration had certified the completion of “the historic effort to build the world’s largest laser.” 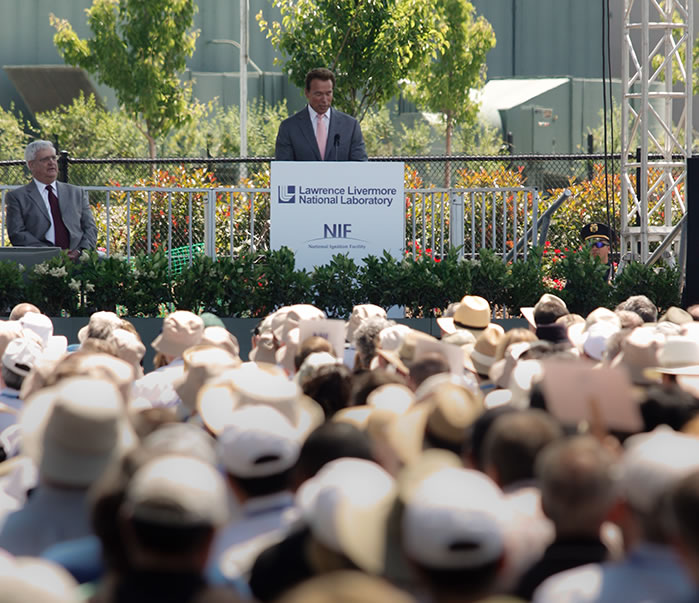 With thousands in attendance, including California Gov. Arnold Schwarzenegger, NIF was officially dedicated on May 29, 2009. The laser system demonstrated the precision, flexibility, and reliability required for repeated ignition experiments and showed the capability to create sufficient x-ray energy to drive fuel implosion, an important step toward the ultimate goal of fusion ignition. NIF’s dedication marked the latest incarnation of LLNL’s rich legacy of lasers and set into motion the next chapter of one of the nation’s greatest scientific assets.