Streamlining the Lifecycle of NIF Experiments

If you think planning a wedding is complicated, have a kind thought for the scientists, engineers, and technicians who design, plan, and carry out experimental campaigns on the National Ignition Facility.

Working up a seating chart for a rehearsal dinner is child’s play next to the myriad of decisions involved in specifying target parameters, choosing diagnostic configurations, and determining the laser energy and pulse shape that will serve the needs of a NIF experiment. 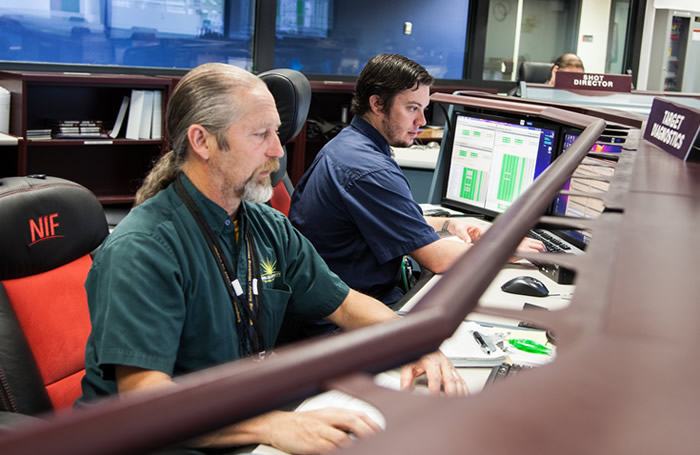 “If you take a look at CMT (NIF’s online Campaign Management Tool),” said experimental physicist Tammy Ma, “there are about ten thousand different parameters that can be changed. That’s a lot of things to juggle and balance!

“We take the high-level physics goals and then translate them into experimental realities,” she said, “and that includes entering all the target information, setting up the diagnostics to get the relevant information, and then (configuring) the laser itself. It takes a lot of training to know how to set up a shot properly, and a huge support team.”

The CMT was created about 15 years ago, primarily to help commission NIF’s 192 laser beams during facility construction. It was a good tool for laser scientists to learn to optimize operation of the NIF laser, but when NIF science campaigns began in 2009, it became clear that laser setup was too tedious and complex for target physicists. In addition, efforts to improve the tool soon switched from configuring the laser to development and evolution of the dozens of diagnostic systems that capture data generated during NIF experiments.

“These target diagnostic systems carry, individually, a tiny fraction of the complexity of the NIF laser,” said NIF Shot Configuration Team leader Doug Speck, “but they evolve at a much faster pace as physicists invent novel approaches for extracting ever-more-useful data from NIF experiments.”

Couple the increasing sophistication of the diagnostics with the need to significantly increase NIF’s shot rate, and it became clear that the increasingly cumbersome and outdated CMT would have to be replaced with faster, better coordinated tools to smooth and shorten the shot planning process.

“After an extensive requirements-gathering phase and internal architecture review,” Speck said, “the Shot Configuration Team determined that modifying CMT to meet current programmatic needs was not a viable solution.”

Instead, the NIF Data Systems Team, with input and personnel from the NIF User Office, set to work about two years ago to develop and deploy an integrated suite of online tools—the Target Request Tool (TRT), the Shot Request Tool (SRT), and the Shot Setup Tool (SST)—that could gradually replace the CMT while also providing many new features not available in the older system. 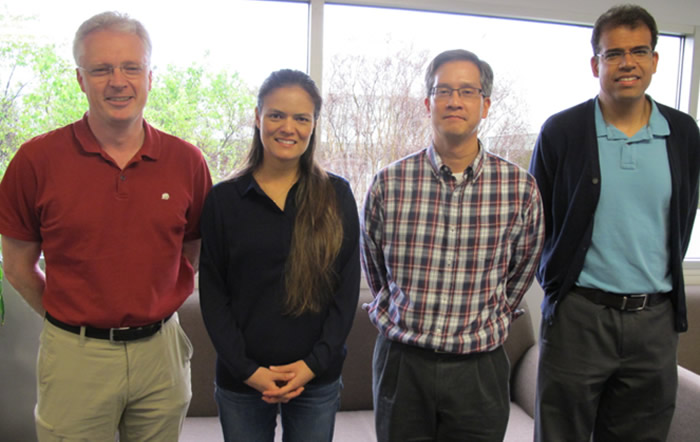 Working with the Target Fabrication Team, the Data Systems organization released the Target Request Tool into production in early 2017. The custom web-based tool is faster than the Target portion of the Production Optics Reporting and Tracking (PORT) system it’s replacing. It requires fewer user selections and is integrated with the other NIF planning tools, reducing the amount of data entry required of users. The TRT’s optimized database tables greatly improve search and retrieval times.

“We redesigned the database tables, pulled it into its own little application, and created a standalone tool that was a better fit for the user needs and from an operational and a performance standpoint,” said Data Systems Section lead Allan Casey. “The Web pages are up typically 10 times faster than the old tool. We’re still getting requests for more updates from the users, which is positive because that means they’re using the tool.”

The Shot Request Tool was designed to help program engineers set up experiments, Casey said, and is a particular boon to external users such as those from other national labs or researchers proposing Discovery Science campaigns on NIF. Proposals submitted through the NIF User Portal are “a very high-level definition of experiments,” he said. The initial definition is imported into the SRT, where engineers can refine the definition by establishing 40 to 50 general experimental parameters. The definition then goes to the Shot Planner, NIF’s principal tool for shot schedule creation, which enables researchers to further define the experimental setup, share the setup with expert groups for analysis, and communicate optic, target, and diagnostic needs. The experiment then goes on to CMT or the new SST for the full experiment definition.

The SRT is “always up to date, it’s always available, and it now links seamlessly between the NIF User Portal and Shot Planner,” Casey said. “It’s just a more efficient way of doing business.”

The tool has been praised by experimenters who are working with the User Office to set up this year’s NIF experiments.

“I’ve been using SRT all week,“ said Project Engineer Chris Czajka in a recent email to Casey’s team, “and it has been performing flawlessly. I can load multiple experiments without a problem. Navigating the rows within an experiment is easy and quick. The changes made to Edit Shot List pages in Shot Planner are also amazing. The layout makes perfect sense. Please share my praises and gratitude with the rest of the team responsible, their hard work has not gone unnoticed.”

Version 1.0 of the Shot Setup Tool also was released to experimenters in January of last year. “This release was both an end and a beginning,” Speck said. “It was the culmination of more than two years of development to build a client–server application foundation for configuring NIF experiments, and it was the beginning of another two-year phase during which SST will absorb the entire feature set of the editor it replaces, the Campaign Management Tool.”

The initial release provided support for configuring two target diagnostics; later releases during the year added many additional diagnostics, including NIF’s new multipurpose target and diagnostic manipulators, or TANDMs. Once all the diagnostics are supported, the team will set to work integrating the target setup into the system during the first half of this year, and finish with the laser setup, the most challenging aspect of the transition. 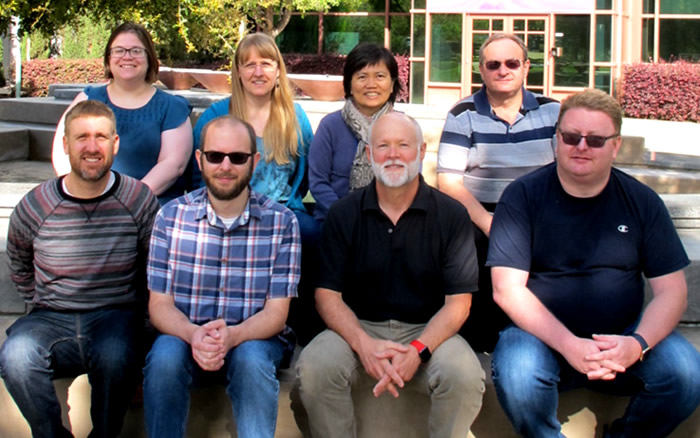 Speck noted that one of the key project design choices was the decision to migrate experiment setup features incrementally from CMT to SST while both are in operational use, reducing the risk of failure if flaws were to show up in the new system, providing needed time for training, and allowing the project team to learn what works and what doesn’t as each new capability is deployed.

“Another choice of the project design,” Speck said, “is that a feature is enabled in CMT or SST, but never both. This approach forces users to immediately begin using SST for any migrated feature. This serves both the development team’s desire to learn from the user experience of SST and also helps manage limited development resources.”

“The new tools have really helped to streamline the entire shot setup process,” said Ma, noting that the development team worked closely with researchers and “asked for our opinion on every step on how to make these tools easier to use and how to integrate the knowledge and experience we’ve accumulated since starting NIF experiments. They have a great team—super accommodating!

Screenshot of the Shot Setup Tool.

“Is it faster to set things up now? I think so,” Ma said. “We’re still in the transition phase, still adapting to the new tools, but for the most part it has been a lot easier.”

NIF is now firing more than 400 shots a year and passed the 2,000-shot threshold in September of last year, making searching for the details of previous experiments in CMT more complicated. With the SST, “it’s now easier to search for past information,” Ma said, “and that helps a lot too.

“The other thing is that as we are adding new diagnostics, the entire NIF Data Systems team has been very supportive in helping us figure out not only how to define configurations for the present, but what we think our future uses will be.”

The transition to the new tools has “actually moved faster than I expected,” she said. “I thought it would take years and years before we even got to the point where we are now. It’s been exciting.” 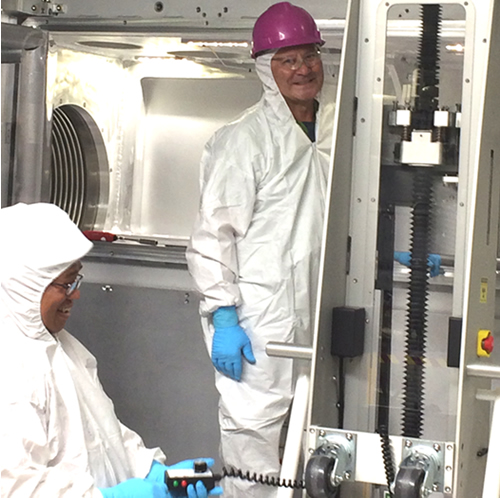 TanDM 124 was installed in the NIF Target Bay last March, and the commissioning team then set to work connecting it to the facility’s infrastructure—the vacuum pumps, roughing pumps, electrical system, ventilation system, alignment systems, and computer control system. Commissioning of the positioner was completed last fall, followed by the start of operational qualification of the dozens of diagnostics used on NIF.

“The harder stuff to do was all the cable infrastructure,” said LLNL engineer Jonathan Fry, who led the TanDM 124 integrated commissioning team. “The diagnostics generally need a huge suite of cabling for the gated x-ray detectors, the hardened x-ray detectors, and the DISCs (DIM-insertable streak cameras).

“Whatever (diagnostic) you can shoot on a DIM, you can use on TanDM,” Fry said. “There are two cable tracks, and as people dream up new diagnostics, they can bring their own cables along with their diagnostics and replace them within a (work) shift. You can add cables in situ a lot more easily than the other positioners.”

The commissioning team still has some diagnostics to qualify, Fry added, including “specialty diagnostics” such as those used in National Security Applications Program experiments investigating radiation effects on Department of Defense DoD systems (see “Testing Materials for X-ray Effects”). The TanDM’s larger volume and access door compared to the DIMs make it well suited to house these larger diagnostic systems. 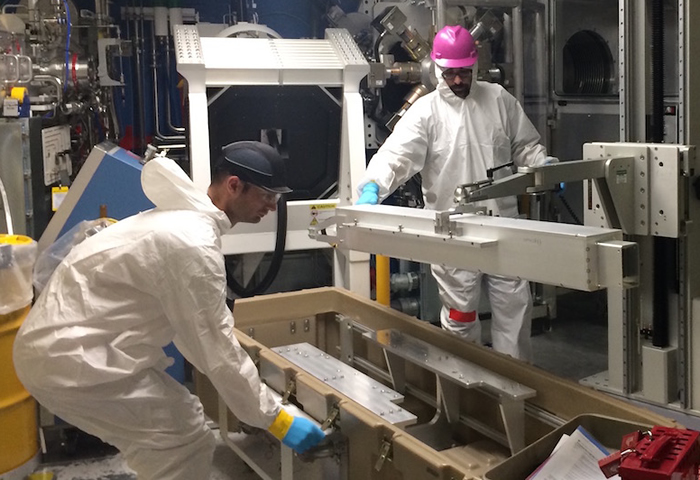 “The TanDM will allow us to provide cabling specific to our DoD customers needs,” said National Security Applications Program manager Brent Blue. “Instead of having to run in racks of diagnostics cabling for each experiment, our customers can insert their test articles into the TanDM and hook right into existing cabling to make their measurements. And the engineering improvements in TanDM should enable us to load and unload diagnostics much more quickly and efficiently.”

Along with speeding diagnostic exchanges, the TanDMs also provide flexibility in NIF shot operations by focusing on room-temperature experiments, freeing up the facility’s other target positioners for more integrated experiments with cryogenic fuel layers.

“The design, production, installation and commissioning of the first two TanDM positioners has been a tour de force by an exceptional team,” said NIF Facility Manager Doug Larson. “These complicated devices have come to life with very few issues, and are already an integral part of efficient target area operations.”