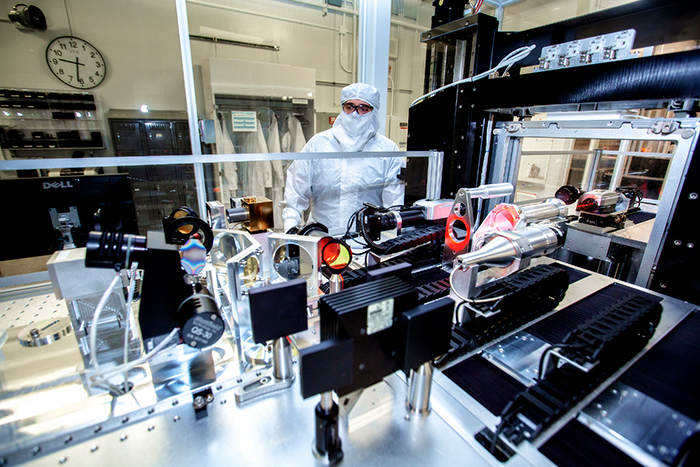 The National Ignition Facility (NIF) operates at such a high energy level that optical glass components in a key section of the world’s largest and most energetic laser system are particularly susceptible to laser damage.

To help ensure the facility maintains its heavy schedule of important experiments, NIF relies on a team of optics experts and a technologically advanced system that routinely monitors and repairs those components. 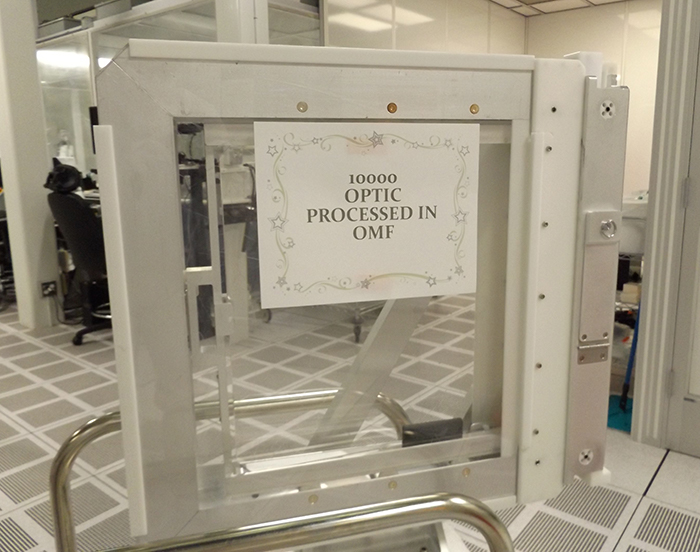 “This milestone optic is a symbol of the impressive sustained success of the NIF optics loop in support of the NIF shots and of the great work of the team to make it happen,” said Tayyab Suratwala, NIF & Photon Science program director for Optics and Materials Science & Technology.

“It really was such a huge team effort,” Welday said. “This couldn’t be done without all of them.”

NIF celebrated the milestone in October with the completion of repairs on one of the optics from the ultraviolet (UV) section, where lenses direct the system’s 192 laser beams toward their final destination — the center of the Target Chamber. The final optics assemblies (FOA) house optics that change laser light from infrared to the higher-frequency ultraviolet.

With a NIF laser pulse capable of delivering about 2.15 megajoules (MJ) of UV energy, the optics are made as damage-resistant as possible. Still, even the tiniest flaws, defects, and contaminants can absorb the laser light and initiate damage that can degrade performance. 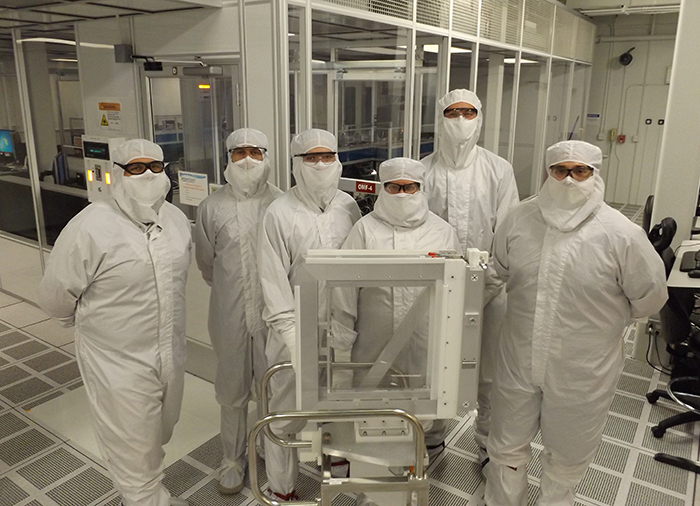 And with each laser shot, initial surface damage as tiny as a fraction of the diameter of a human hair can grow, limiting the installed lifetime of the optic.

“As NIF has turned up the power and energy, new sources of damage to the optics show up,” Welday said.

In 2017, OMF received a major software upgrade to automate the optics mitigation process, which significantly reduced the time needed to reach the latest recycling milestone. Technicians who used to monitor each step can now let the software take over to finish the hours-long task overnight.

“The ability to do overnight mitigation helped us reach this milestone much faster,” Welday said. “That wouldn’t have happened for quite a while longer if we didn’t have automation.”

Another factor in reaching the milestone, he added, is the preparation that goes on before the optic even arrives in the OMF, which processes about 40 optics per week.

“For every optic that comes off, the team has to strip off the old coating, put on new coating, and perform various inspections and metrology to make sure the optic still meets our strict performance requirements,” he said. “This is only possible due to the hard work of the folks in all our production facilities to help prepare these optics for mitigation.”