(Left) Sketch of a magnetized NIF hohlraum constructed from an electrically resistant alloy of gold and tantalum (AuTa4). The hohlraum and fuel capsule are magnetized by running current through copper wire wound on the hohlraum with three turns above and three below the midplane. A 1.2-millimeter gap between the upper and lower coils allows for equatorial x-ray imaging of the implosion (right). Credit: John Moody

If the technique can be shown to work in hohlraums with cryogenically cooled deuterium-tritium (DT)-filled capsules, the result could substantially boost NIF’s chances of consistently achieving self-sustaining fusion reactions that produce as much or more energy than the amount of laser energy delivered to the target—the definition of ignition used by the National Academy of Science (see “Pursuing Fusion Ignition”).

The research, reported in a Physical Review Letters (PRL) paper published online on Nov. 4, is the latest step in a multi-year Laboratory Directed Research and Development (LDRD) strategic initiative headed by NIF & Photon Science physicist John Moody, first author on the PRL paper. A synopsis of the paper, “Magnetic Fuel Heats Up Fusion,” appears in the Nov. 4 issue of Physics.

“Pre-magnetized fuel will allow us to get good performance even with targets or laser delivery that is a little off of what we want.”

“When you magnetize gold you get a lot of eddy currents, and it takes a really long time for the field to push into the hohlraum and magnetize the fuel,” Moody said. “(The new material) is an alloy of gold and tantalum. It has high electrical resistivity, so the field can get in very easily.”

Moody noted that the tests used room-temperature capsules filled with pure deuterium, rather than cryogenically cooled DT, “because the pulser that gives us the short pulse of current that we use to magnetize the hohlraum is only operational at room temperature right now.

“Having gotten a successful result at room temperature, we’re now busy building the cryogenic pulser that we’re going to use to magnetize a DT-ice-layered implosion,” he said.

NIF reached the threshold of ignition on Aug. 8, 2021, when a 192-beam laser shot produced 1.35 megajoules (MJ) of fusion energy—about 70 percent of the 1.95-MJ energy fired on the target. Several subsequent experiments, however, fell short of that result.

Extensive analysis of the follow-up shots showed that the shortfalls were due primarily to loss of energy from implosion asymmetries and fuel contamination in the hot spot from target capsule material, or “mix.” Researchers attributed the problems to small imperfections in the target capsules, which were of lower quality than the capsule used in the 2021 experiment, perturbations caused by the tiny tubes used to fill the capsules with DT fuel, and slight energy imbalances in the laser beams.

“NIF implosions are currently showing significant fluctuations in their performance,” Moody said, “which is caused by slight variations in the target quality and laser quality. The targets are very, very good, but slight imperfections can have a big effect.”

Moody said the recent magnetized hohlraum results suggest that magnetizing the target could help compensate for the energy lost to asymmetries and mix. “Pre-magnetized fuel will allow us to get good performance even with targets or laser delivery that is a little off of what we want,” he said.

Imposed magnetic fields can help enhance the fusion burn rate in ICF implosions in two ways: by reducing heat conduction away from the assembled high-temperature plasma fuel, and by adding additional confinement to the charged particles produced by the fusion reactions, thus enhancing their localized energy deposition in the cold outer layers of fuel surrounding the central hot spot—a process known as alpha heating. Moody compared the confinement technique to placing hot coffee in a thick Styrofoam cup to contain the heat.

The current experiments, which created a 26-Tesla magnetic field around the capsule that grew to an estimated 4,700 Tesla during the implosion, resulted in a 40 percent increase in ion (hot-spot) temperature and a factor of 3.2 increase in neutron yield, a measure of energy production (26 Tesla is about 500,000 times more powerful than the Earth’s magnetic field).

“We expect these observed improvements to carry over in a quantitatively similar way to cryo-layered implosions,” the researchers said, “and increase our confidence that magnetized DT ice-layered implosion designs will show a significant performance improvement and robustness.”

(Above) A model of a magnetized cryogenic hohlraum. The LLNL Target Fabrication Team engineered and assembled the first prototype magnetic cryo hohlraum in the fall of 2021 (below). The target has high thermal conductivity and low electrical conductivity and features a dual-coil architecture with 16 turns, compared to six turns in the warm magnetic target. The additional coils are expected to produce magnetic fields up to 50 Tesla.

Moody said researchers hope to begin cryogenic DT experiments in 2024, but first they need to test the effect of wrapping a magnetized metal coil around the hohlraum on the thin layer of ice in the target capsule.

“We have to ensure that we can maintain careful control of the thermal environment in the hohlraum because the ice layer has to be very smooth and symmetrical,” he said.

The Cryo B-Field team has designed, developed and built an offline test facility with new pulser and cryogenic systems to validate simulations and further understand integrated challenges to fielding a magnetized cryo hohlraum. After completing room-temperature magnetic system testing, the team is now focusing on the second phase of the project, which involves the first target-pulse tests at cryogenic temperatures.

“There are many challenges with integrating designs into the target system,” said Jonathan Fry, lead engineer for the Cryo B-Field Project. “These include managing the additional transmission line heat loads, qualifying new target materials for DT layering, and ensuring the pulse can be delivered without electrical failures. The first integrated cryogenic-magnetic tests are ramping up in early January 2023 to assess design adequacy and retire risks.”

The researchers will grow an ice layer in a magnetized hohlraum to determine if additional thermal control is needed and to test the effect of higher magnetic fields on the amount of heat radiating from the walls of the hohlraum and onto the capsule.

“Even with the new hohlraum alloy,” Moody noted, “there is a sudden but small increase in its temperature during magnetization which radiates onto the capsule.

“Calculations say that we should be fine and that there’s no risk to the carefully grown ice layer provided we don’t go above around 60 Tesla,” Moody said. “We’re trying to do our due diligence and be careful, but we don’t think any of these (factors) are real show-stoppers.”

If the cryogenic tests are successful, Moody said, “then adding a magnetic field becomes something that we can do to basically any (implosion) design that we want to put it on.”

While they await installation of the cryogenic pulser, the researchers will conduct additional test shots to evaluate higher hot-spot temperatures and to quantify the effect of magnetization on fill-tube perturbations and mix.

Moody, who recently was named a Distinguished Member of the Technical Staff (DMTS) by LLNL, said the magnetized hohlraum proposal “grew out of an interest I’ve had to create ultra-high magnetic fields in the lab to look at materials at extreme conditions and to look at some physics relevant to astrophysical processes in white dwarfs and neutron-star atmospheres.” 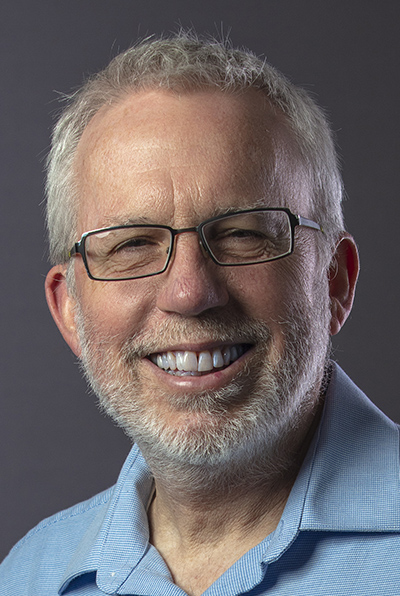 After hearing from LLNL’s John Perkins and other colleagues about computer simulations showing that imbedding a NIF target capsule in a strong magnetic field could substantially improve the prospects for achieving a self-sustaining fusion reaction, and knowing of previous magnetized liner inertial fusion (MagLIF) studies at the Z Machine at Sandia National Laboratories and the Omega Laser Facility at the University of Rochester, Moody proposed the LDRD strategic initiative that led to the current experiments.

Moody received the DMTS designation, the highest technical staff level achievable by a scientist or engineer at LLNL, for his contributions to the success of the NIF ICF program. He joined LLNL in 1991 to perform laser-plasma interaction research and cryogenic studies and now serves as the deputy for experiments in the ICF program.

He holds a U.S. patent on the application of compressed magnetic fields to the ignition and thermonuclear burn of ICF targets. Moody received his Ph.D. in physics from the Massachusetts Institute of Technology and was named a fellow of the American Physical Society in 2013.

“I feel very honored to be selected as a DMTS, but I also feel so ordinary,” Moody said. “I pull weeds in my yard, love Christmas, and enjoy dinner out with my family and friends.

“How does one become a DMTS? For me, it’s been a lifetime animated by the joy of discovery. Every time I encountered something I didn’t know about or understand I made it a point to learn about it, and I’ve learned about so many amazing things. And every time someone gave me criticism, I tried to find what was true and improve myself.

“The people here at LLNL are truly amazing—they have taught me so much and offer so many attractive examples of excellent things to strive toward,” he said. “The real honor for me is to recognize and be grateful for the slow day-by-day growth in learning, discovery, and improvement that comes from people at LLNL and others who’ve invested in me.”