NIF & Photon Science experimental physicist Félicie Albert has been selected by the American Physical Society (APS) as an Outstanding Referee for 2015. Albert is one of 142 reviewers who “have been exceptionally helpful in assessing manuscripts for publication in the Physical Review journals,” the APS said. “The decisions were difficult and there are many excellent referees who remain to be recognized.” 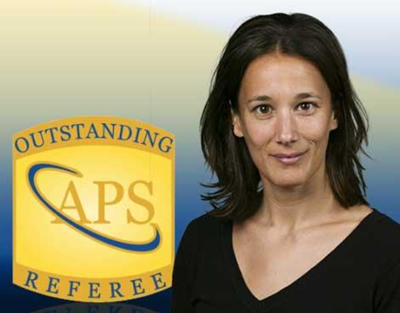 Albert, an expert in ultrafast x-ray sources and laser-plasma interactions, joined LLNL as a postdoctoral researcher in 2008 and became a permanent member of the scientific staff in 2010. She has worked on the Laboratory’s laser-Compton light source technology and currently works on the development of betatron x-ray sources for high energy density science at NIF and the Lab’s Jupiter Laser Facility.

She was a key member of an LLNL-led team at the SLAC Linear Accelerator Center’s Linac Coherent Light Source that developed a new atomic x-ray laser capable of creating the purest (highest spectral brightness with full temporal coherence) x-ray laser pulses yet achieved.

“I am very honored to have been selected by the APS Editors for this distinction,” Albert said. “Peer review is something that most scientists do, but often after our regular job is done. As an early career scientist, I learn a lot from doing these reviews, because it forces you to carefully read the manuscripts and to understand the physics behind a good paper. I certainly hope to continue doing this in the future.”

The selection of Outstanding Referees was made from 30 years of records on more than 65,000 referees who have been called upon to review manuscripts, including more than 37,800 that were submitted in 2014. The basis for selection includes the quality, number and timeliness of their reports, without regard for membership in the APS, country of origin, or field of research. The 2015 honorees, who come from 27 different countries, received a lapel pin and a certificate.

“The Outstanding Referees are to be congratulated and thanked for their outstanding service to the physics community,” the APS said. “APS expresses appreciation to all referees, whose efforts in peer review not only keep the standards of the journals at a high level, but in many cases also help authors to improve the quality and readability of their articles.”

Rinderknecht and Zylstra are members of the MIT Physics Department who both work in the MIT Plasma Science and Fusion Center’s High Energy Density (HEDP) division. For the last six years, they have worked on inertial confinement fusion and high energy density physics diagnostics for NIF and the OMEGA Laser Facility at the University of Rochester (see “NIF-MIT Partnership Mints New PhDs”). 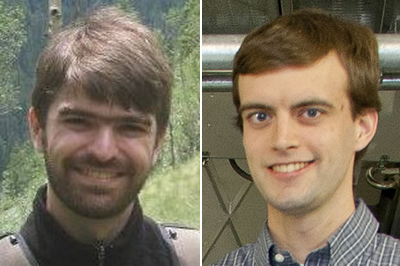 Rinderknecht has been a leader in the development and analysis of the NIF particle time-of-flight (PTOF) detector, which measures nuclear bang-time using protons and neutrons. He successfully defended his PhD thesis on Jan. 16.

Zylstra, who will defend his thesis in April, was lead author of a Physics of Plasmas paper published last November titled, “The effect of shock dynamics on compressibility of ignition-scale National Ignition Facility Implosions.”

The Lawrence Fellowship is a highly competitive postdoctoral position awarded to candidates with exceptional talent, scientific track records, and potential for significant achievements. Recipients are awarded three-year fellowships and are free to pursue their own research agenda under the guidance of a senior staff scientist who serves as a mentor. The fellows most often conduct their research in a collaborative, multidisciplinary manner with others in a team environment.

“To the best of my knowledge,” said HEDP division head Rich Petrasso, “this is the first time two students from MIT have concurrently been selected for this fellowship. I confess that it took my breath away when I learned that both Hans and Alex were awardees.”