Researchers Recognized for Accomplishments in Early and Mid-Career

“Our early and mid-career staff are our future leaders,” said Director Bill Goldstein. “Through these awards we recognize their exceptional accomplishments and try to provide an opportunity to further enhance their careers at the Lab.” 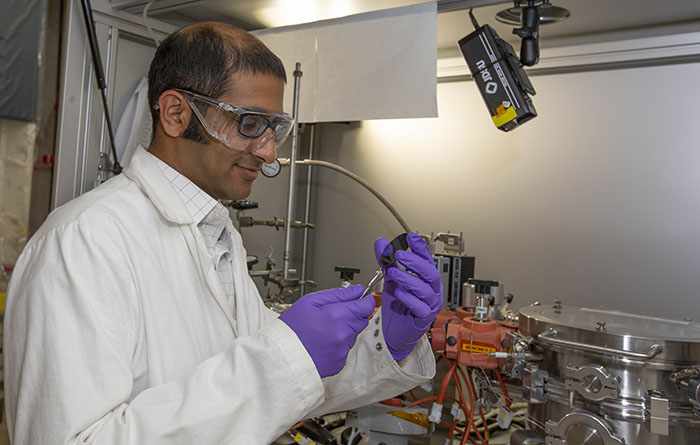 Salmaan Baxamusa’s work has been critical in the discovery of photo-oxidation in Glow Discharge Plasma polymers (GDP), an important ablator material for inertial confinement fusion (ICF) targets. He methodically unraveled the associated energetics and kinetics of this oxidation process, and then led the effort to produce the first of its kind target fabricated with patterned ripples of oxygen concentration. His finding of photo-oxidative phenomena even at wavelengths as high as 600 nanometers is of great importance to this field.

“I’m very humbled to have won this award,” Baxamusa said. “The truth is that all accomplishments at LLNL are team efforts, even those that are recognized with individual awards. I am grateful to have been surrounded by outstanding scientists, engineers, technicians, managers, and administrative staff during my career. I am most thankful for the many colleagues who have served as mentors and pushed me to continually learn new things.” 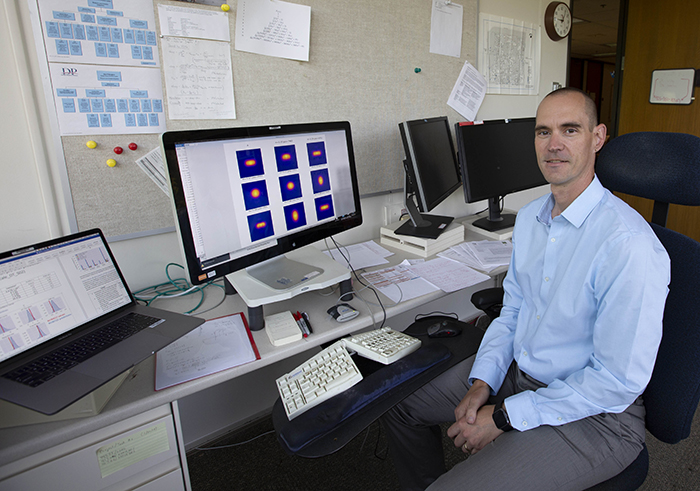 Throughout his career as an ICF target designer, Brian Spears pioneered ways to use large ensembles of simulations to better understand experiments and experimental design. Early in his career, he developed what were (at the time) very large databases of ICF simulations that could be used to probe ICF target performance. He used these tools to develop multiple key ideas for ignition experiments at NIF. Outgrowths from this included the design of an experimental radiographic measurement of the velocity of ICF implosions, which he helped develop on the OMEGA Laser at the University of Rochester and refine on NIF.

“I’m very grateful to have won an EMCR,” Spears said. “It’s a pleasure to work with wonderful people who have amazing skills. To be counted as worthy of special recognition within such a talented group is an honor. My wife, Rebecca Dylla-Spears, won an EMCR last year, so it’s great to be in her professional company.”

Spears plans to use the award money for one of two projects related to artificial intelligence (AI) and machine learning (ML) here at the Lab. He may use it to supplement his efforts to advance AI/ML tools for science-based stockpile stewardship research. He also said that for several years he has wanted to write a book on the development and application of AI/ML tools for applied science problems of all flavors.

The EMCR Program recognizes scientific and technical accomplishments, leadership and future promise demonstrated by LLNL scientists and engineers early in their careers — from four to 16 years since they received their most recent degree. Winners receive a cash award and institutional funding (approximately equivalent to 20 percent support for one year) to pursue research activities in their area of interest. The other winners were: 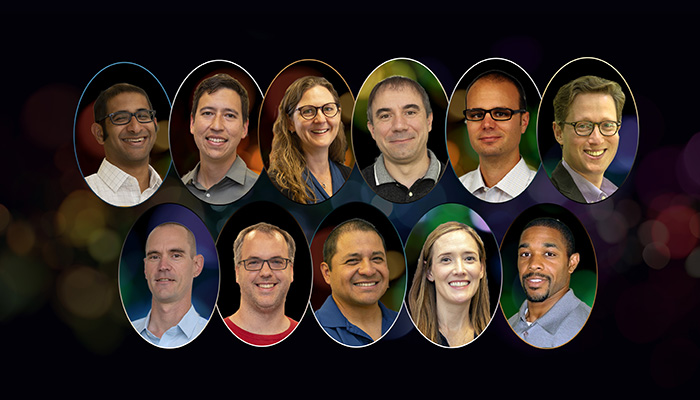