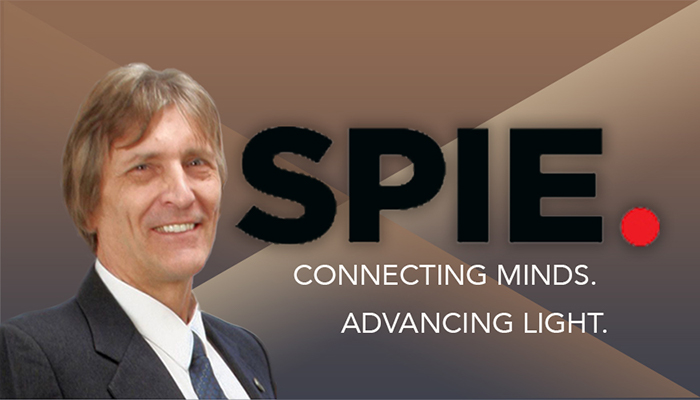 LLNL’s Richard Leach was honored by the International Society for Optics and Photonics for his contributions to a variety of optics and photonics fields.

LLNL research engineer Richard Leach, whose work includes automating the alignment of NIF’s lasers, was recently elected a senior member of SPIE, the International Society for Optics and Photonics.

SPIE recognizes senior members based on exceptional professional experience, active involvement with the optics community, and significant performance that sets them apart from their peers, according to the organization.

"I am extremely honored to have achieved this award and am very grateful for the support for this nomination from my NIF & Photon Science colleagues and the SPIE membership and communities committee,” Leach said. “Over my four decades at LLNL, I have been extremely privileged to work with and been surrounded by the brightest and most amazingly talented colleagues, staff, and management.

“In so many ways,” he continued, “I consider these people as my friends and the Laboratory as my home. In this time of pandemic turmoil, it is more important than ever we maintain contact with our research community friends and colleagues and continue communication and sharing of fresh ideas."

Leach began his research at LLNL in 1990 and has co-authored more than 50 publications. He has more than dozen patent applications and four issued patents to his credit.

Throughout his career, Leach has contributed to a broad range of scientific areas, including  automated alignment of the NIF lasers and NIF’s Advanced Radiological Capability (ARC) laser system. He has also helped develop novel alignment algorithms for optics inspection and laser alignment at NIF (see “A Streamlined Approach to Aligning NIF’s Lasers”).

Leach has also been involved in developing an artificial intelligence-based seismic system for earthquake warning, a space-based infrared laser system for satellite communication, optical image reconstruction of ultrasound 3D data for breast cancer diagnosis, and advanced radar imaging for first responders as part of the federal response to Hurricane Katrina.

In 2008, Leach was awarded two R&D 100 awards, for the Autonomous Alignment Process for Laser Fusion Systems (AAPLFS) and his involvement in the development of the “SecureBox” cargo container security system.