Last month LLNL’s Office of Strategic Diversity and Inclusion Programs (OSDIP) hosted more than 180 middle school students for STEM (science, technology, engineering, and math) Day. They came from classrooms from south of Modesto to Sacramento for exposure to the exciting research and innovation happening across the Lab (see “Central Valley Students Inspired by STEM Day”). 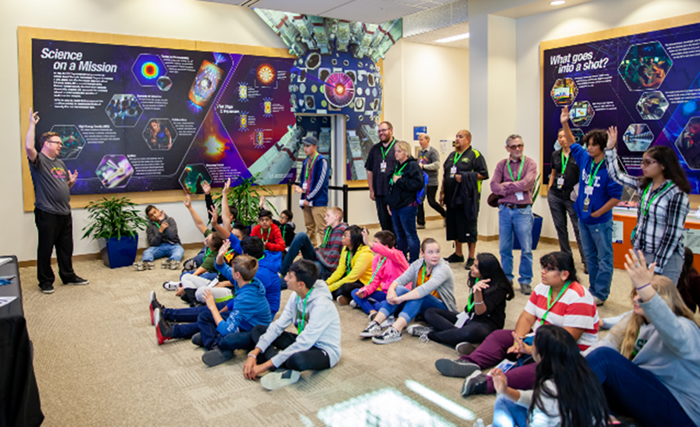 When the students arrived at NIF, they received more than a dose of science and technology. They heard from scientists, engineers, and support staffers about what it really takes to run the world’s largest and most energetic laser: all kinds of people doing all kinds of jobs. But how did these people ever find their way to NIF? The answer: many diverse ways.

“We tried something a little different than we’ve done in the past,” said NIF tour coordinator CaT Vogen. “The students received an overview of what happens at NIF,” she said. “But also, by giving a personalized touch in addition to describing what they’re seeing on the tour route, we wanted them to feel very comfortable engaging with the docents and asking personal questions connected to STEM.”

Interested in safety and security as a student, and after pursuing a degree in administration of justice, Vogen now helps ensure that events like STEM Day are smooth-running and safe for all participants.

Every week she coordinates an average of 10 NIF tours, which range from visiting dignitaries to school groups to outside scientists partnering with LLNL. She is responsible for matching tour groups with the best guide and working around NIF’s busy shot schedule.

Staffing booths in the plaza outside the facility, docents covered the basics of NIF’s operation, missions, and groundbreaking achievements.

The students got hands-on experience with how a laser works and were given their own diffraction gratings. By holding them up like monocle eyepieces, they explored color components by looking at different sources of light. 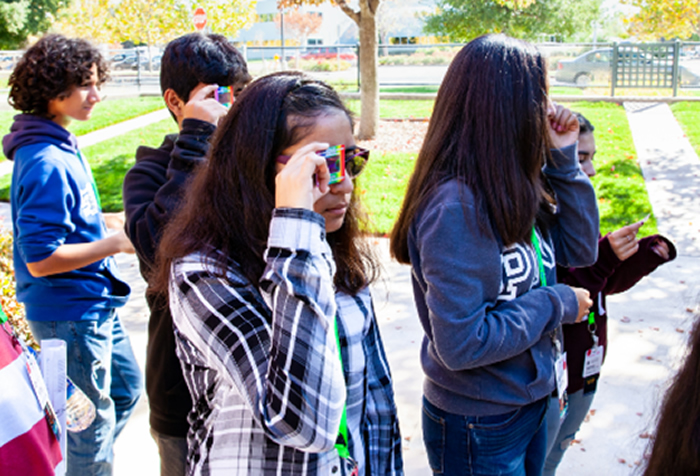 Students look through diffraction gratings to examine properties of light.

The docents stationed inside NIF along the tour route, from the Master Oscillator Room (MOR) to the cavernous Laser Bay 1, changed up the usual tour script as well. This time, the docents also reflected on how STEM inspired them as students and guided their personal “beampaths” to NIF.

The MOR is where the NIF action starts, generating the light that ultimately is amplified a quadrillion times before it hits the target. Target diagnostics engineer Nathan Palmer said his circuitous path to NIF began after he received his Ph.D. in plasma physics. Standing in front of the small coil of laser light, Palmer talked about the MOR and told the students the story of how he got to NIF.

“While a graduate student in the 1990s, I was aware of the plans for NIF,” said Palmer, who as a child had a clear understanding that he wanted a career in science. “People were excited by it. I thought it would be a cool place to work, but I doubted that I’d ever get the chance to work there.

“After my degree, I started working for the medical device industry and then later with x-ray equipment. I gravitated toward engineering because I liked being more hands-on with the hardware.”

When an opportunity at NIF opened in 2010, Palmer jumped at it. Now he specializes in measuring the performance of NIF experiments by engineering high-speed x-ray imaging diagnostics. 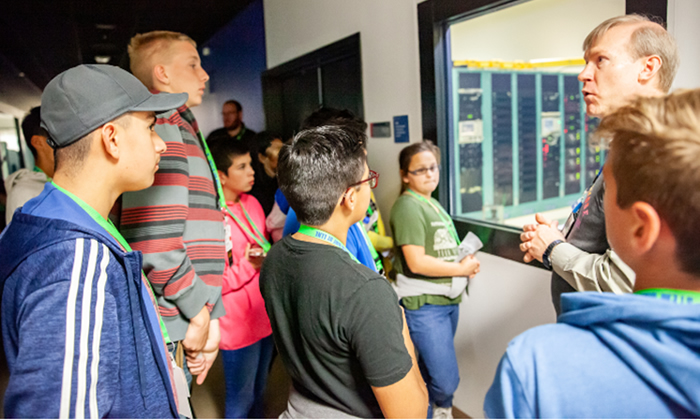 At another station, Software Application Team lead Arsenia Rendon told students about the systems and computer codes running in NIF’s Control Room. After she described how NASA’s Mission Control inspired the room’s design of the room, she said building things was her inspiration.

“My grandfather was in construction, and he had a lot of lumber around,” Rendon said. “I liked to build things with it, like little houses. Translating that into software development, I now build applications.”

Rendon said she related to some of the challenges faced by the students and encouraged them to study hard and keep pushing upward.

“I was the first in my family to go to college,” she said. “I went to a great school, USC, and I got my MBA afterwards. I wanted to let the students know that this could happen for them. Just because you were born in a certain place and because you were raised in a certain environment, that doesn’t dictate who you can become.” 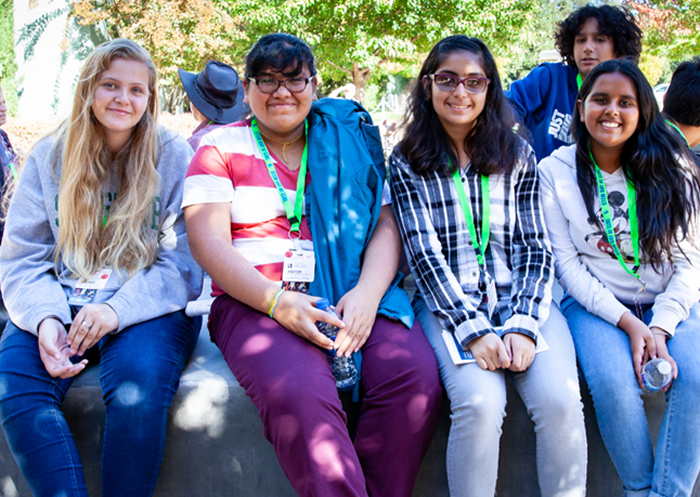 As eighth-graders from the Central Valley explore the science and technology of NIF, they also learn about some of the many paths that STEM can open for them.

After visiting the booths and touring NIF, a group of eighth-grade students gathered to talk about the STEM Day activities that most inspired them and ponder what they’d like to do in the future.

“I like space and anything to do with it,” added Sania. “When I grow up, I want to become a galactic astronomer. I asked for a telescope for my birthday.”

Zoey’s interests are a little closer to Earth. “I liked the hands-on experiments and when we went inside NIF and looked around at the laser,” she said.

Christian, who codes in class, enjoyed learning about coding at NIF and said, “I liked the laser, especially the Control Room.”

Impressed most by the engineering that went into NIF, Joshua said, “I like how they spent so much to time to build something for the future of humankind.”

“Science and robotics and explosives,” added Nancy with a smile. “Everything here looks so cool.”

These students and others at Livermore for STEM Day were at the right place to trigger their imaginations, not just about what science and technology is possible, but also seeing themselves helping make it happen—maybe even at a place that does what stars do.