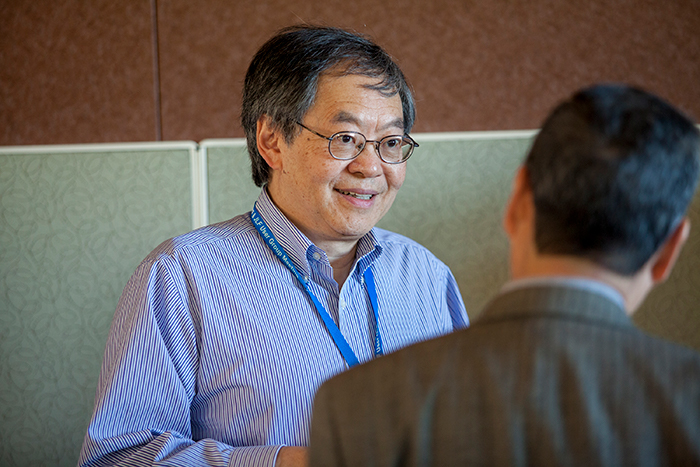 When NIF’s Warren Hsing rode off into retirement in July a Webex conference served as a virtual bridge, allowing friends and colleagues from far and wide to come together and celebrate his successful career as an international leader of high energy density (HED) science.

Indeed, the most common theme of the day was Hsing’s ability to build bridges of cooperation and collaboration between fellow researchers and scientific institutions wherever he’s been. That list includes prestigious stops at Columbia University, Sandia National Laboratories, Los Alamos National Laboratory, and, for the last 23 years, Lawrence Livermore National Laboratory.

“Through both his own efforts and the efforts of the experimentalists he’s recruited, trained, and mentored since the late 1990s,” Herrmann said, “the NIF has been turned from just a technological marvel of really amazing lasers into the leading HED physics facility in the world. Of course, there are many scientists and engineers who’ve contributed to this effort, but it’s my strong opinion that Warren is the experimentalist most responsible for this transformation.” 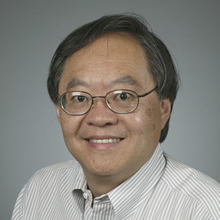 About 170 current and former colleagues joined in the Webex conference to hail Hsing’s enthusiasm, commitment, and passion for his work, his attention to detail, and his leadership in mentoring younger scientists. NIF Scientific Diagnostic Leader Joe Kilkenny was the master of ceremonies for event, which also included a recorded video featuring 26 of Hsing’s colleagues from Joint High Energy Density Science (JHEDS), a joint organization of the Physical Life and Sciences and National Ignition Facility & Photon Science directorates.

“With any major science team endeavor, there are always a few leaders who, through their recognized expertise and their ability to connect with young people, could build a foundation for the program for the future,” Wisoff said. “And their selfless devotion to the team’s success really creates a bedrock of the organization. We stand on that firm foundation that you’ve made for us in the generation of young people that you leave behind and the accomplishments that you’ve done to bring us to this point in the HED program.”

He joined LLNL in 1997 as the experimental leader for HED stockpile experiments, playing a key role in the advocacy and development of HED experiments on lasers. During his time, he held positions in both the NIF & Photon Science and the Weapons and Complex Integration (WCI) directorates. He has also received the DOE Weapons Award of Excellence and an R&D100 Award.

Hsing was “one of the foundational members who helped build the success of our HED effort,” said Alan Wan, who followed Hsing as deputy program director of the WCI’s Weapon Physics and Design Program.

Wan echoed others in the group when he called Hsing a great “leader of people” who focuses on the details that “ensure that we do our jobs right.”

“You’re successful because you care for them a great deal,” Wan said.

Hsing earned his PhD in physics in 1983 from Columbia University. Lab Director Bill Goldstein, who recalled first meeting Hsing when they both were students at Columbia, said working with Hsing at the Lab was “a pleasure and an honor.”

“You’ve moved from pinnacle to pinnacle at Livermore,” Goldstein said, as Hsing and his family watched the tributes from their home. “You are one of the handful of scientific leaders at the Lab who has a claim in having had a role keeping and making the laboratory the scientific power that it is … You’ve brought something unique to the laboratory in your job at high energy density science.” 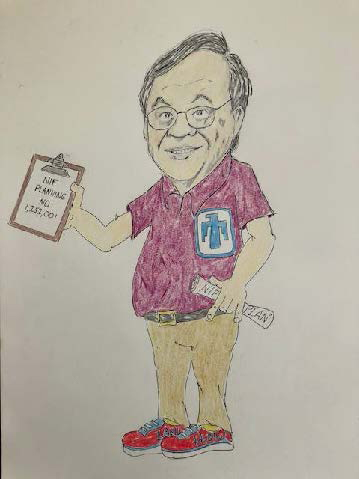 Former LANL colleague Allan Hauer noted Hsing delivered one of the first science talks about hohlraums during an American Physical Society conference in 1993.

“You had a fantastic effect on the work in this area,” Hauer said, “because not only were you a data dynamo, but you completely developed new methods for pulling out the key patterns of these experiments. You really revolutionized a lot of our work in this area.”

Paula Rosen, a deputy group leader for plasma physics at the United Kingdom’s Atomic Weapons Establishment (AWE), remembered how Hsing helped bring about more discussions among the HED community and weapons designers as co-chair of a Joint Working Group (JOWOG) formed by LLNL, LANL, and Sandia.

“You pointed out that our JOWOG was one of the few forums where Livermore, Los Alamos, and Sandia could all speak to each other,” Rosen said. “We’d often sit and ponder the great challenges facing HED science. Of all the challenges and questions we addressed, the most difficult was how do we get the design and HED communities better engaged.”

The communities have since become closer. “All the high-quality experimental data that we exchanged through our JOWOG helped fly the flag of HED science and its contribution to stockpile stewardship,” Rosen said. “I would like to take this opportunity on behalf of myself and my AWE colleagues to thank you for being an outstanding leader, a fantastic collaborator, and a great friend.”

Budil noted “how hard you worked to build bridges between the weapons community, the laser-based experimental community and the pulsed-power community, for all these many years.” She also cited “the care and effort you’ve put into nurturing a generation of experimentalists.

“You are an accomplished scientist and mentor, and you are a friend,” NIF scientific diagnostics leader Joe Kilkenny told Hsing. “You’ve helped develop many distinguished young scientists so that they are growing into a group of leaders and recognized experts in their own right.”

In signing off the video conference, Hsing said he was happy that over time, the scientific communities he’s worked to bring together now have an increased understanding of how working jointly “to expand this whole area has been a great benefit.” He also noted there is “a lot more work that can be done productively for both science and to the nation.”

He thanked everyone who mentored and supported him during a career working with “some of the most talented people I’ve ever met anywhere. It’s just been an honor and a pleasure to have worked with everyone.”