On July 20, 1969, Jeff Wisoff and Tammy Jernigan were 10-year-olds living on opposite sides of the country. But they were both casting wonderous gazes at the same spot in the sky when two U.S. astronauts completed one of the greatest scientific missions ever attempted—landing on the moon.

“I remember going outside, looking up, and thinking, ‘Wow, there’s people up there,” said Wisoff, who became an astronaut himself and is now principal associate director for Lawrence Livermore National Laboratory’s National Ignition Facility and Photon Science Directorate. “It was a proud moment for the country.”

Jernigan—another former astronaut and currently senior advisor to the Laboratory Director’s Office of Defense Coordination—also ran outside her home to look at the moon.

“We had successfully launched and landed members of the human race on the moon 240,000 miles away,” she said. “It demonstrated that it was possible, and that Americans were going to take on this enormous challenge of exploration.” 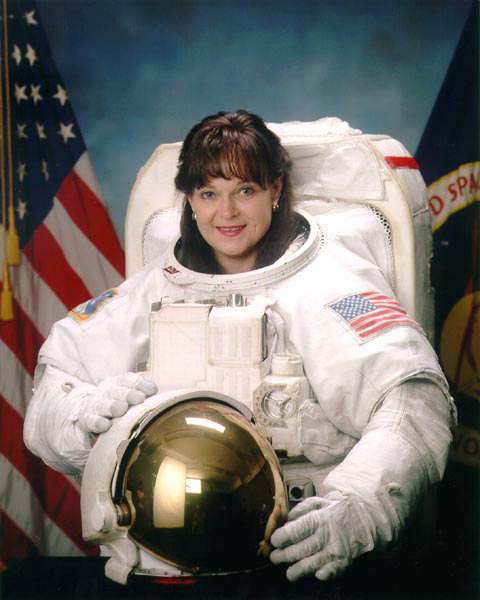 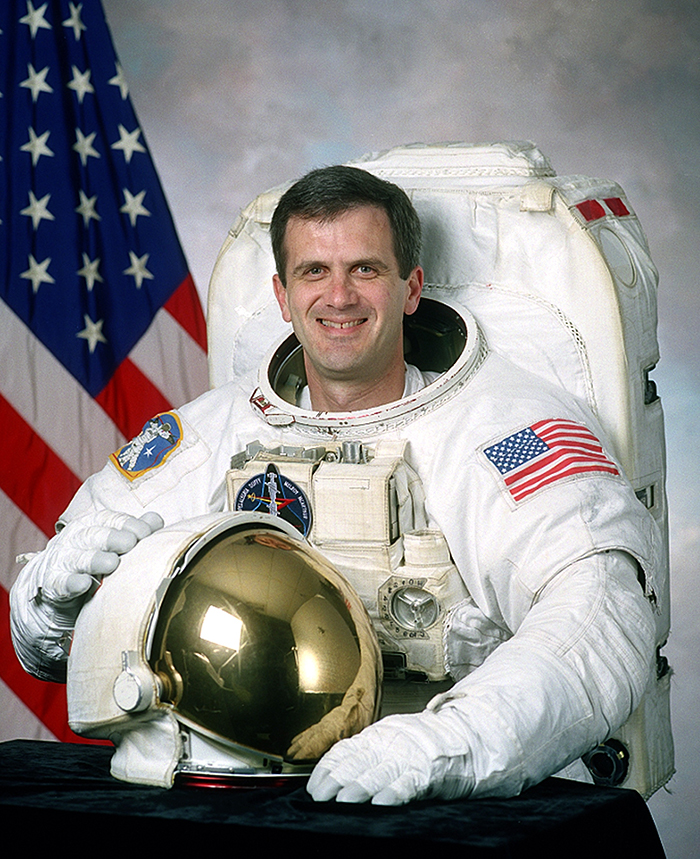 Wisoff and Jernigan, who met and married while at NASA before joining LLNL in 2001, recently reflected on the 50th anniversary of the flight of Apollo 11. Both were intently watching TV with their families—Wisoff in Virginia, Jernigan in Southern California—as Neil Armstrong and Buzz Aldrin became the first humans to walk on the moon.

President Kennedy had set the country’s course eight years earlier when he said the U.S., then embroiled in a heated space race with the former Soviet Union, chose goals such as landing on the moon before the end of the 1960s “not because they are easy, but because they are hard.”

Wisoff said that same message should continue to inspire today’s scientists and researchers working at LLNL and the other national laboratories.

“The reason people come to work at the national labs is because these missions that we take on are hard,” Wisoff said. “We’re not guaranteed we’ll succeed. But if anybody can do them, it’s the people with the talent and the resources that we have at the lab. If they were easy, other people would have done it and they wouldn’t be that impactful.” 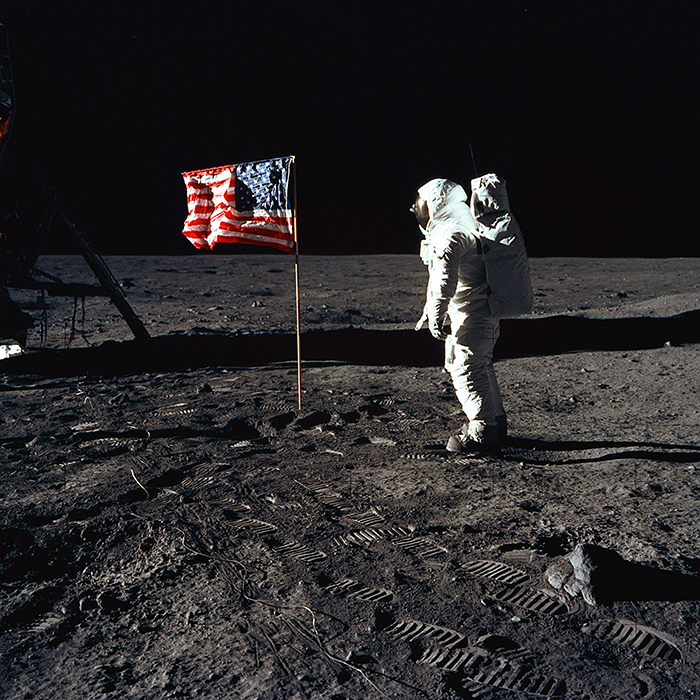 As a child, Wisoff liked astronomy and owned a small telescope. Following Armstrong and Aldrin’s decent aboard the lunar landing module Eagle tapped into his interest in space travel and the stars.

“I was excited, and I remember sensing the excitement that my parents had that people were stepping onto some place nobody had ever gone before,” he said.

Jernigan said the moon landing was “fascinating because I had this innate interest in math and science. And I always wanted to learn how to fly.”

Indeed, Jernigan eventually flew into space as a member of five space shuttle missions from 1991 to 1999. She didn’t get as far as the moon, but enjoyed a similar point of view, especially during her space walk in 1999.

“One thing you heard expressed ever since that lunar landing was the energizing feeling of looking back at Earth, your home planet,” she said. “From that vantage point, the planet looks very fragile, with this incredibly thin atmosphere that protects all human life. That view really instills in us the sense that we all have to protect our planet and that we’re all in this together.”

Wisoff remembered the clear, atmosphere-free views of the moon during his three space walks on four space shuttle missions from 1993 to 2000. He now heads NIF, the world’s most energetic laser, which supports the nation’s stockpile stewardship program. NIF’s ability to create extreme temperatures and pressures also allows scientists to explore the physics of celestial objects like stars and planets.

But he would like to see humans venture further from the moon. 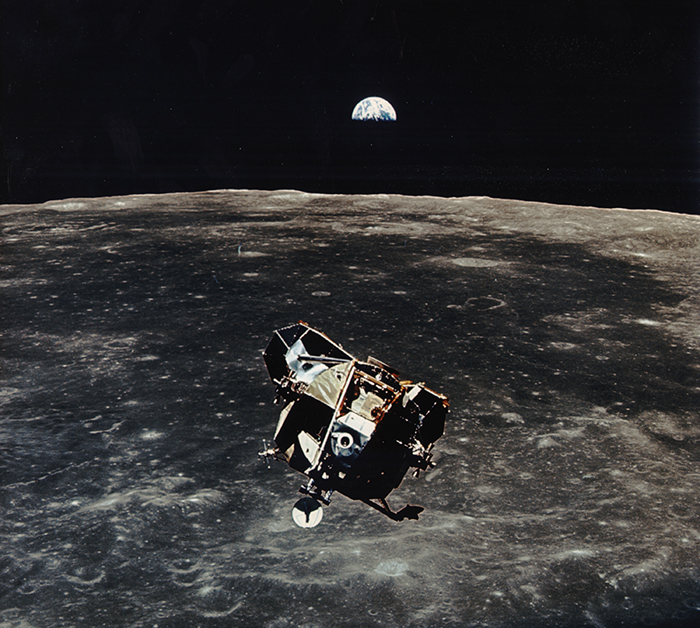 The lunar module Eagle prepares to rendezvous with the Apollo 11 command capsule, with Earth in the background. Credit: NASA

“The moon puts in perspective how small a part of our neighborhood we’ve actually explored,” he said. “When you realize the vast distances there are between planets, we’re really just local home town people. We have never really left the neighborhood, so there’s a lot of opportunity to find out what’s out there.”

Future space exploration could give humans more vantage points that provide “an appreciation for how unique and valuable the Earth is,” he said.

“Hopefully, the nation can enjoy this anniversary and be proud of what it did 50 years ago,” he said. “Hopefully, it will spur us to do great things going forward.”