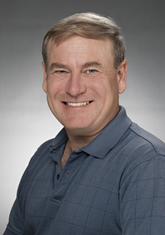 Dawson was the DoD Technologies deputy program director from 2015 to 2019. He joined LLNL in 2002 as a senior scientist in fiber lasers.

He led an internal team that studied fiber laser power and energy scaling, resulting in a seminal paper on the topic, and he led the installation of the LLNL draw tower, which is producing a wide array of high-quality optical fibers for national security missions.

Dawson received his B.S. in physics from Carnegie Mellon University in 1988 and a Ph.D. in applied physics from the California Institute of Technology in 1993.