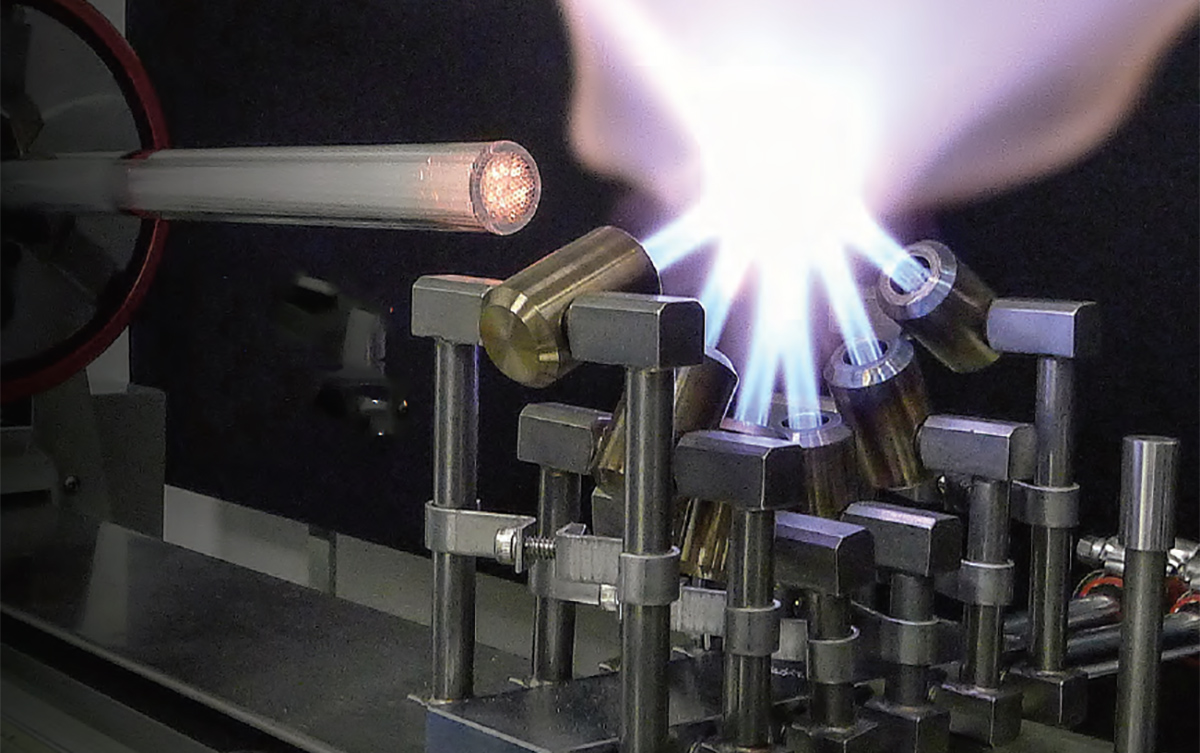 At LLNL’s fiber fabrication facility, the outer tube of a photonic crystal fiber preform is shrunk slightly in diameter on the glassworking lathe before being placed vertically in the facility’s draw tower.

Fiber lasers are a class of lasers that use optical fibers doped with rare-earth minerals as the gain medium. They are robust, easy to use, and reliable. Optical fibers are always in alignment and excel at generating high average power with excellent beam quality. 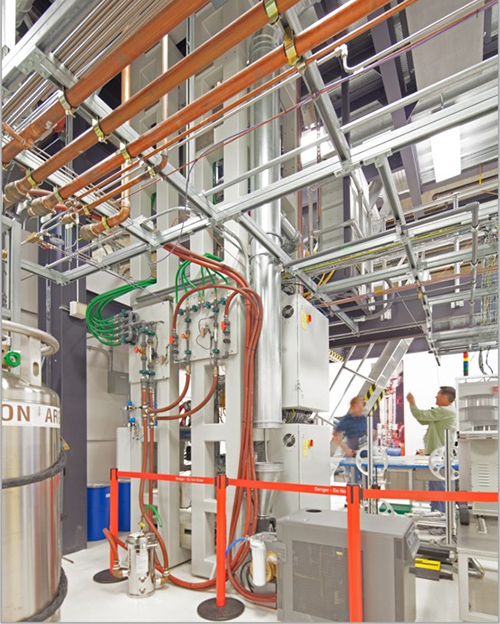 A technician makes an adjustment to LLNL’s fiber draw tower. The tower can draw optical fibers ranging from 80 to 500 microns in diameter.

Industrial fiber-based lasers harness the power from many laser diodes—each diode generating roughly one watt of power—to generate single 100-watt to 1,000-watt beams that can, in a flash, cut steel, weld ships, or inscribe a logo onto a carbon fiber part.

Our team is unusual in that it combines an in-house optical fiber fabrication facility with LLNL’s expertise in high-power and high-pulse-energy lasers, such as the 2-megajoule laser that drives the National Ignition Facility. Commissioned in 2011, the optical fiber fabrication facility includes a dedicated cleanroom for assembling low-defect stack-and-draw preforms and a fiber draw tower for pulling the preforms into solid or hollow fibers.

With appropriate safeguards, fiber lasers can be operated by turning a key or touching a screen. NIF & Photon Science researchers are extending the capabilities of fiber lasers by developing high average-power pulsed lasers that may become important for scientific applications such as laser-based particle accelerators.

Throughout these efforts, LLNL has teamed with partners in the government and private sectors. Joint research efforts with the Lasers and Optics Research Center at the U.S. Air Force Academy resulted in codes that can calculate the thermal and nonlinear limits of fiber structures running on high-performance computers operated by the armed services and federally-funded research centers. 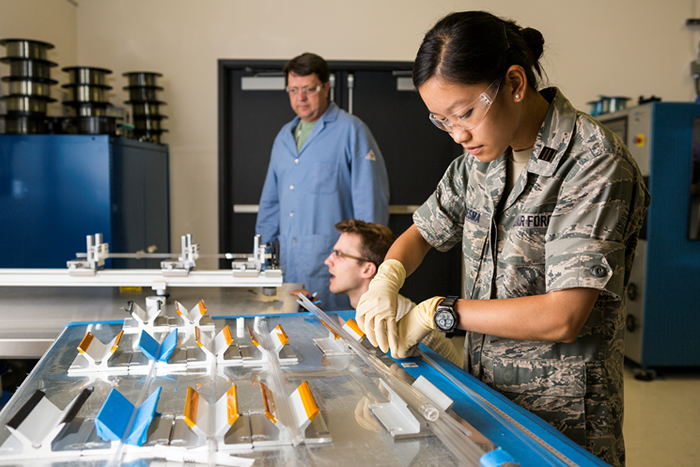 An intriguing spinoff of the laser efforts has been the invention of a new fiber-based amplifier that could double the information-carrying capacity—that is, the bandwidth—of the internet, an advance that has gained the attention of telecom companies and venture capitalists. 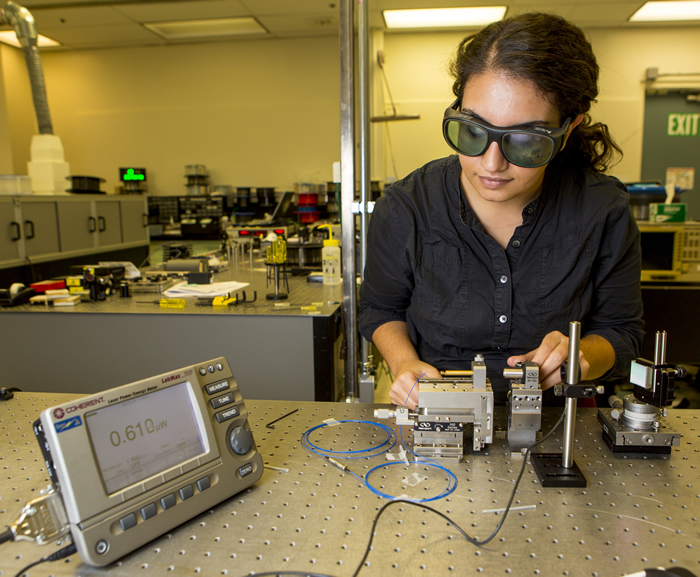 Next up: Materials for Laser Systems