Super-Fast, Super-Powerful Lasers Are About to Revolutionize Physics 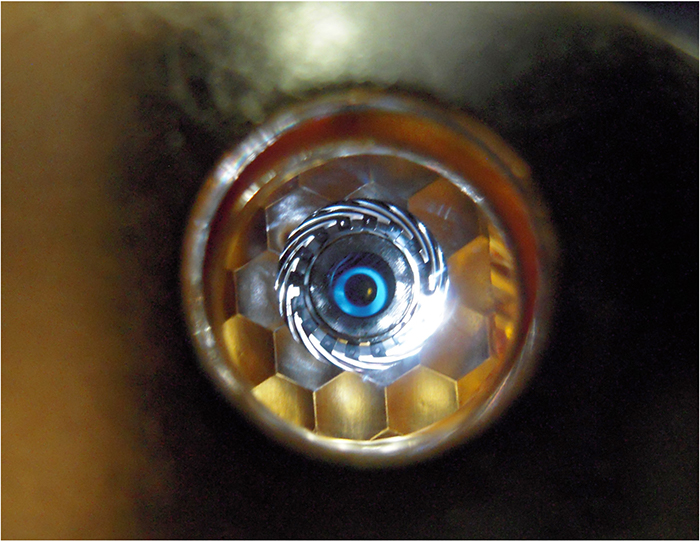 A view of a cryogenically cooled NIF target as "seen" by the laser through the hohlraum’s laser entrance hole. Credit: LLNL

This article was originally published March 19, 2020, by the Scientific American blog “Observations.”

It wasn’t so long ago that I was in graduate school, participating in my first high-intensity laser-plasma experiment. About once every hour, the high-powered laser would unleash one petawatt of energy (100 times the power delivered by the entire U.S. electrical grid) in a burst less than one trillionth of a second long, focused into a spot one tenth the diameter of a human hair, on a tiny metal foil target.

The intensity was such that we would generate incredibly hot and incredibly dense plasmas — matter so hot it’s a gas of ions and free electrons — for the study of what we call high-energy density physics (HEDP). Depending on the experiment, the precise heating and compression of the target sample could generate tiny explosions that replicate what happens inside supernovae.

Or we could carefully select the target material and structure to generate an enormous flux of x-rays or particles in a way that would be ideal to someday drive particle accelerators that are more compact than those in use today. In some cases, the extreme crushing of material using enormous light pressure even resulted in entirely new states of matter, never before generated on earth, by completely rearranging the atomic and molecular structures.

But as complex as these studies are, the entire interaction and “experiment” would be over, literally, in the blink of an eye (actually, 100 billion times faster than the blink of an eye). In that tiny fraction of a second, our suite of neutron, charged-particle, x-ray, and optical diagnostics would have captured the instantaneous interaction of the laser with the small target and the plasma it generated. All of us grad students and postdocs would then scamper into the target area to retrieve our data, collecting film and saving images from the sometimes 30 or more instruments.

This would then allow us to infer how many particles we accelerated in the mini-accelerator, or whether the new material was in a crystalline or amorphous state, or how bright of a supernova we created. During the time it would take for the laser to cool, we would reset our apparatus, replace filters and film, load a new target, then repeat an hour later. A good day in the lab was collecting seven to eight quality data points. 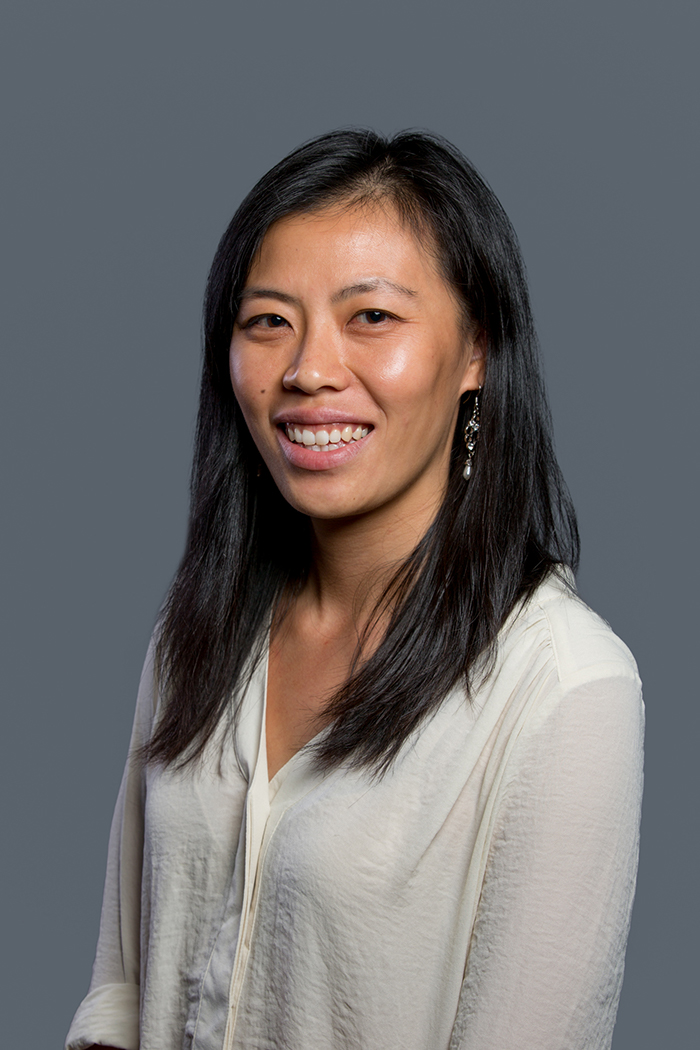 That was 2006. Fast forward to 2020, and yes, the field of HEDP has evolved. Facilities have become more versatile, combining multiple lasers, or lasers with x-ray free electron lasers (XFELs), or with pulsed power machines. Experimentalists have developed a multitude of new measurement technologies, capable of greater accuracy at ultrashort time and length scales.

Targets have become more complex and advanced; they may consist of metal solids or foams, or peppercorn-sized beads of hollow plastic containing gases, designed to produce precise signatures of energy and particles. All this new technology has led to enormous advances in HEDP, producing new knowledge relevant to planetary science, astrophysics, materials physics, and fusion.

But now we are on the cusp of a complete paradigm shift for our field. Rather than operating once an hour, high-intensity short pulse lasers can presently be run at a repetition rate of more than 10 hertz (10 times per second)! Advances in laser architecture and advanced cooling schemes allow the lasers to fire many times per second without the heat buildup that leads to thermal distortions.

With such a technology, HED experiments themselves can be run at high-rep-rate, leading to an increase, by a huge multiplicative factor, in the amount of data acquired and the kinds of measurements that can be explored, and orders-of-magnitude improvement in statistics (and thus reducing the error bars and making our knowledge more precise). Plasmas are the fourth state of matter and the most ubiquitous form of (ordinary, not dark) matter in the universe; the phase space of plasmas to consider is enormous, so more experimental throughput in service of that exploration is certainly welcome.

Of course, to make such rapid experimentation a reality, it’s not just the laser that must run faster — all the other subsystems must accordingly increase in speed as well. And that’s what is exciting; current advances, in computational power, machine learning, cognitive simulation, additive manufacturing, and measurement techniques, mean that the time is ripe to pull all of this together to perform experiments at hundreds to thousands of times faster than previously. In short, learning can be accelerated, and it is no understatement this will be transformative for HED physics.

Essentially, bringing together these technologies would create a knowledge factory — a high-rep-rate experimental laser that can simultaneously accelerate both empirical discovery and computer model development by combining state-of-the-art hardware and machine — learning analysis from the ground up and end-to-end throughout the facility.

I conceptualize this factory with a series of feedback loops. At high-rep-rate, the laser factory is performing reliably over millions of shots, staying in a safe operating regime while laser parameters of energy, pulse length, focal spot, and others, are continuously and automatically modifying the plasmas being generated (feedback loop one). Instead of graduate students collecting x-ray films, digitized data are analyzed and reduced immediately after each shot and fed back to the targets and laser to optimize the parameters and modify the target design for the next shot (loop two).

In HED science, the goal is ever hotter, denser, better, faster, to achieve new regimes of plasma phenomena in astrophysics, and to create new states of matter. Just in the past few years, we have seen some exciting results coming out of HED: by compressing diamond (the least compressible material known) and measuring how its crystalline structure changes as pressure increases, and comparing these data to planet-evolution models, we have demonstrated that Jupiter’s core is made of pure diamond.

Laser-driven inertial confinement fusion has made considerable progress; we are within 70 percent of the pressures and confinement times we’ll need to achieve sustained thermonuclear burn, where the output energy is greater than the input. And plasmas are being manipulated in completely novel ways to act as infinitely versatile optics. Imagine how much faster scientific progress will be with new high-rep-rate facilities that can take thousands of shots per hour versus the one per hour now. It will be a fruitful discovery factory indeed.