The shot produced another record primary neutron yield of 7.9 × 1015 (7.9 quadrillion) and a total yield, including downscattered neutrons, of 9.6 × 1015, or 27 kilojoules (kJ) of fusion energy—an increase of about 10 kJ over the previous high-foot experiment. More than half of the yield (14.5 kJ) was attributed to alpha heating—the process in which the alpha particles (helium nuclei) created by the fusion reactions in the implosion “hot spot” are absorbed by and further heat the assembled fuel, enhancing the yield. 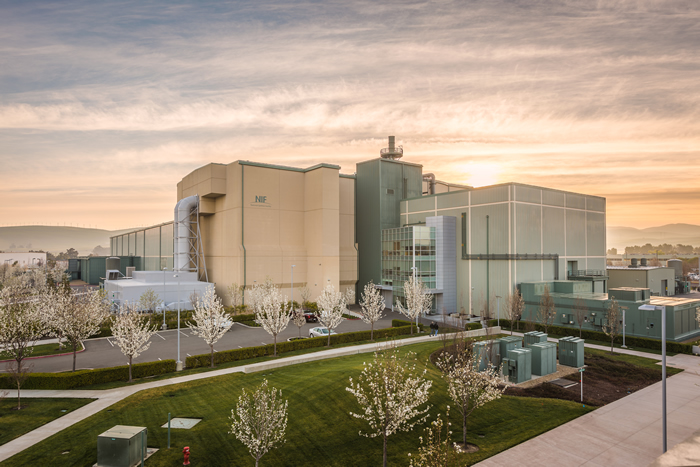 Use of the depleted uranium hohlraum resulted in a notably more symmetric hot spot; and as in the previous high-foot experiments, there was no sign of ablator mixing into the hot spot, indicating that hydrodynamic instabilities remain at bay.

Remaining shots in this sequence using the current capsule will further test predictions of laser power scaling and initial ice layer conditions. The campaign also is exploring thinner capsules as a means to achieve higher implosion velocities, to further test the hydrodynamic instabilities, and to determine where mix starts to quench the implosion.

“This new record yield for our facility is progressing us toward the much-needed high energy density burning plasma platform for the Stockpile Stewardship Program,” said Acting NIF&PS Principal Associate Director Jeff Wisoff. “Congratulations to all the teams who contributed to this most recent success.”

The NIF Facility Maintenance & Reconfiguration (FM&R) Period that began on Dec. 21 was successfully completed on Jan. 14. Among the major tasks completed during the period were installation and testing of release 13.5 of the Integrated Computer and Control System; upgrade of the shroud arms on the target positioner; installation of a new streaked polar instrumentation for diagnosing energetic radiation (SPIDER II) and a gated x-ray detector (GXD-G); and installation of triple-pulse plasma electrode Pockels cell (PEPC) pulse generators for the Advanced Radiological Capability (ARC) (see photos). 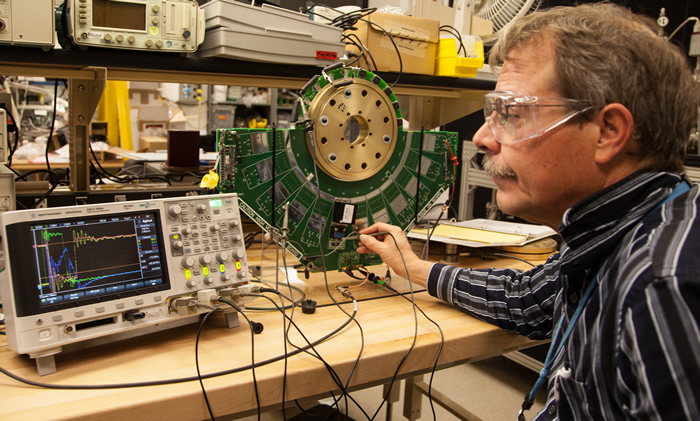 (Above) Pulsed Power Systems Engineer Glen James takes measurements in the Bldg. 391 plasma electrode Pockels cell (PEPC) lab on a circuit board used in the solid-state switch pulse generators (pulsers) for NIF’s Advanced Radiological Capability (ARC). This is one of 54 similar circuits combined to produce the 16.5-kilovolt switch pulse required to rotate the polarization of the light in the ARC PEPC. It uses a MOSFET semiconductor device to switch the high-voltage output on and off at the high rate needed for ARC’s unique triple pulse. (Below) PEPC Technician Tony Runtal completes a test on two of the ARC pulsers in the PEPC lab. The pulsers (on the left) provide the 16.5-kilovolt switch pulses to the PEPC in a three-pulse burst. See below for more information on ARC’s progress. 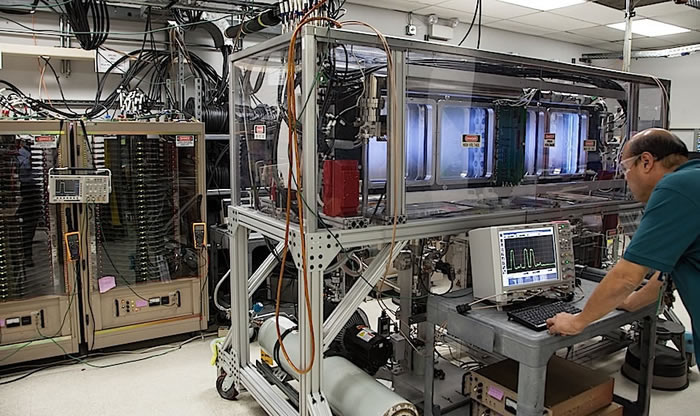 NIF experiments resumed on Jan. 16; here are some highlights of the month: 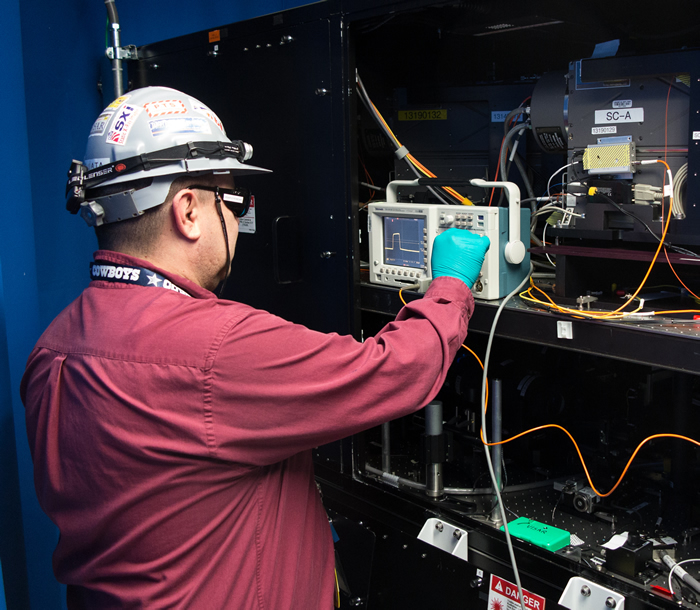 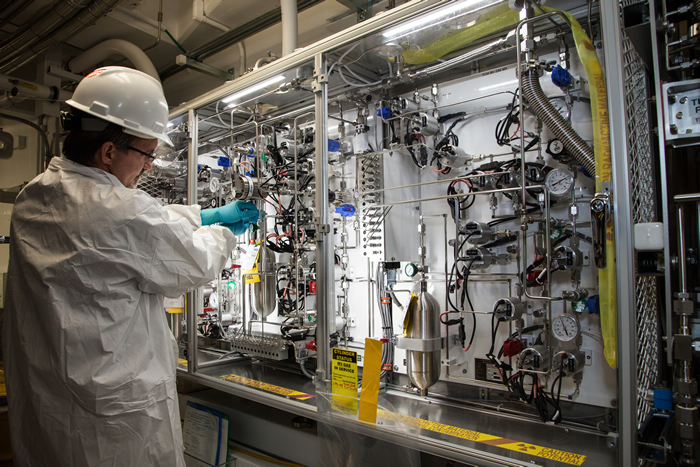 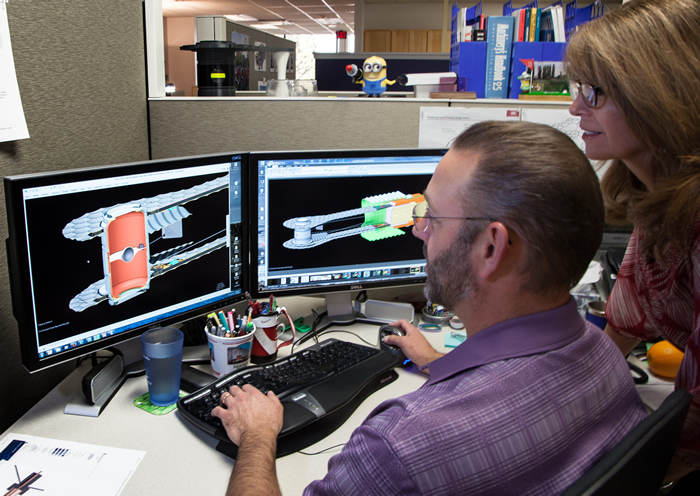 Work to complete the first four beamlets (two split NIF beam apertures) on the Advanced Radiographic Capability is progressing steadily. ARC is a petawatt-class laser with a peak power exceeding one quadrillion (1015) watts and is designed to produce brighter, more penetrating, higher-energy x rays than is possible with conventional radiographic techniques.

The ARC Team recently began a series of laser shots to the calorimeters at the exit of the NIF laser bay using a subset of the ARC systems, including the ARC Injection Laser System (ILS). This system consists of the ARC master oscillator, dual regenerative amplifiers for the A and B beamlets, and the split-beam injection (SBI) system. 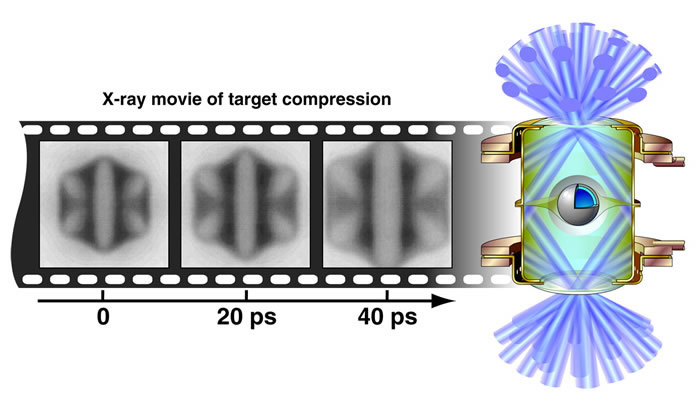 ARC splits each of four NIF beams (one quad) into two apertures, producing up to eight petawatt-class laser pulses that can be used to create high-energy x-ray images of the target.

Significant progress also has been made on the ARC hardware being installed in the Target Bay and switchyard:

The remaining ARC hardware is scheduled for installation by the end of April, after which integrated commissioning to the ARC compressor diagnostics and to Target Chamber center can begin. 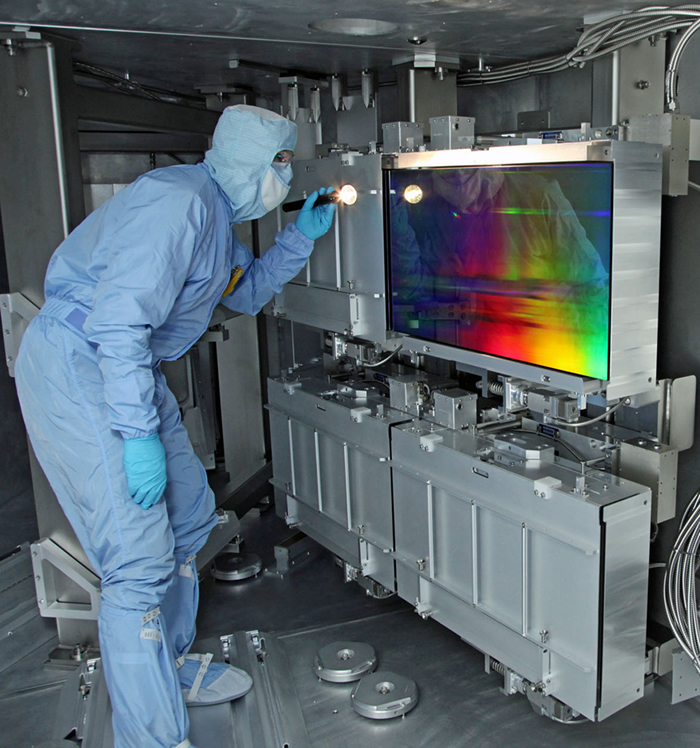 Engineer JB McLeod inspects one of the first four high-efficiency diffraction gratings installed in the ARC compressor vessels. ARC’s one-meter-wide multilayer dielectric gratings were specially developed at LLNL to withstand the record levels of energy generated by NIF’s lasers. ARC’s high peak power is enabled by a process called chirped-pulse amplification, in which a short, broadband pulse is first stretched in time to reduce its peak intensity, then amplified at intensities below the damage threshold in the laser amplifiers, and finally compressed to a short pulse and highest peak power in the large compressor vessels.