“No existing technology can produce highly reflective, multilayer dielectric coatings able to sustain the operational conditions that the next generation of laser systems requires,” says Qiu. Coatings are applied to beam-steering mirrors to make them more resilient and more reflective within laser systems like NIF. 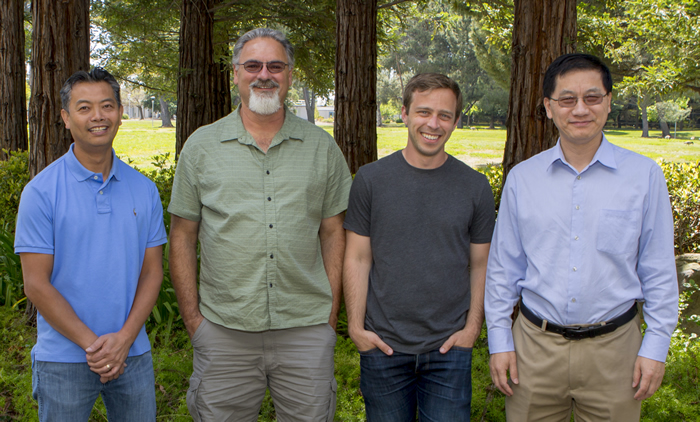 To prepare for the next generation, Qiu and his team were tasked with two goals: gaining a fundamental understanding of how lasers can induce damage in multilayer dielectric coatings, and developing reliable ways to make them last under extreme conditions. They knew they would need a system that was tunable, controllable, and flexible in process parameter, environment, and materials selection. Veeco’s commercially available SPECTOR-HT system fit the bill.

“People have spent 60 years proving that dielectric coatings provide the best spectrum of performance with the highest damage resistance,” says Qiu, “and SPECTOR-HT is the total package.”

SPECTOR-HT is a high-throughput ion-beam sputtering system that uses an ion source to sputter target materials onto a substrate to make either a metal film, a dielectric film, or multilayers for various optical applications. These thin coatings add reflectivity to the mirror, maintaining NIF’s standard of 99.5 percent beam propagation and preventing too much laser energy from damaging the optic. Because these new lasers are planned to be significantly more powerful than those currently in use, stronger coatings are a necessity to avoid destroying these optical components. 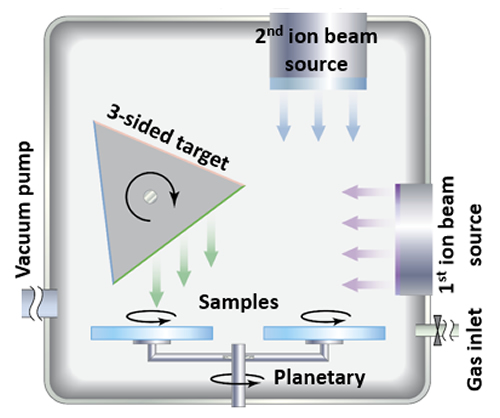 The key to SPECTOR is its dual-beam configuration. The first fires argon atoms at a target covered in dielectric oxides of materials such as hafnium, silicon, and tantalum. As the beam strikes the surface of the target it produces a plume of oxide vapor which deposits upon a sheet of glass as a thin layer of dielectric coating. When each layer is complete, the target can rotate to enable a different oxide vapor to deposit as the next layer.

Throughout the process, a second beam can help scientists “tune” qualities such as structure, density, deposition rate, and the chemistry of the coatings. The second beam also can be used to eliminate impurities and contamination. To ensure the vapor deposits without air resistance, the system operates in a vacuum with a base pressure of 10-7.

“It was very important for the Laboratory to acquire a system that offered unlimited access on a daily basis,” Qiu says. “It was the only way to explore different designs and materials while obtaining enough experimental data to be statistically confident in our results.”

Using the dielectric oxides at different thicknesses, densities, and structures can have real benefits for the reflectivity and durability of the end product. Each new coating configuration lends clues to the success or failure of past configurations. 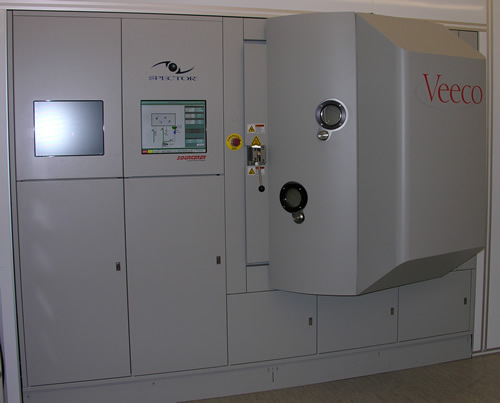 Additionally, Livermore’s system is the only facility where lasers and coatings can be tested in the same location, providing a significant advantage for both aspects of the work. Using different target materials, backfill environments, and deposition parameters, SPECTOR gives scientists “the ability to play,” as Qiu puts it.

Experimentation is critical for dielectric coatings, in no small part because the work is not being done elsewhere. There are no market incentives for stronger optical coatings in the commercial sphere because the current offerings are durable enough for today’s lasers. Only the national laboratories, Qiu says, can do the work of understanding the precursors of laser-based damage and preparing for the next generation.

The Laboratory’s SPECTOR-HT system was installed in June 2017, funded under institutional funds to support a Laboratory Directed Research and Development (LDRD) strategic initiative aimed at developing advanced multilayer systems for national security. The work being done will be critical to the Laboratory’s missions in stockpile stewardship, Discovery Science, and energy security.

With the customizable capabilities of SPECTOR and the industry-leading laser work going on throughout the Laboratory, the next generation of lasers will continue to progress—for maximum energy delivery as well as for achieving LLNL’s national missions.