Optical fibers, which are widely used in telecommunications, medicine, lighting, and many other applications, also can be used as high-power laser sources for scientific, industrial, and military purposes. A fiber laser, for example, is the master oscillator, or seed source, of the laser pulse that ultimately is amplified to more than four million joules of infrared energy in the NIF laser system.

Fiber lasers have several advantages over traditional chemical, gas, and solid-state high-power lasers: unequalled beam quality, good heat dissipation, high efficiency, and robust reliability. So far, most fiber lasers operate at wavelengths longer than one micron, as dictated by the application in which they’re used and developments in materials.

In a Laboratory Directed Research and Development (LDRD) project, LLNL researchers are exploring the use of new materials, fabrication methods, and fiber designs with the goal of extending fiber laser technology to shorter wavelengths. Such sources would benefit a variety of applications, including spectroscopy, 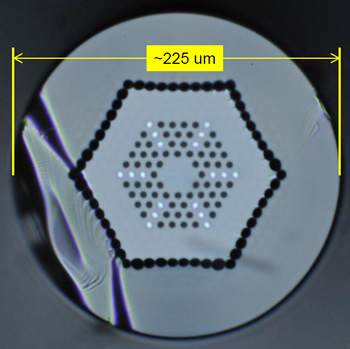 “Fiber laser sources are unmatched in terms of brightness and efficiency due to the combination of waveguiding, long interaction lengths, excellent thermal management and ultrapure materials,” said NIF & Photon Science physicist Paul Pax, the lead researcher on the project. “New short-wavelength pump diodes in the 400- to 450-nanometer (violet light) range are becoming readily available, and their powers are increasing,” he said. “This opens up new avenues for short-wavelength fiber lasers that were not available before.”

A fiber laser typically consists of a dual-core optical fiber, with one core nested inside the other; the inner core is doped with a rare-earth element such as erbium, ytterbium, or neodymium. Light from a pump laser is fired into the end or side of the fiber and guided along the fiber by the undoped outer core. As the pump light passes through the inner core, the dopant is stimulated to emit radiation, or lase, at one of the rare-earth element’s characteristic wavelengths.

Pax said an early success in the program has been the development and fabrication of a neodymium-doped fiber laser with a novel filtering waveguide—the structure that supports well-defined modes, or transmission paths, in the laser—that enables it to operate at a wavelength of 925 nanometers (nm) instead of neodymium’s otherwise-strongest characteristic wavelength of about 1060 nm.

“The strong 1060-nm line has to be suppressed or it depletes all the gain,” he said. “This waveguide allows us to do just that, which makes operation at 925 possible. This wavelength is useful for remote sensing and, with harmonic frequency conversion, for blue-green-light underwater communications.” 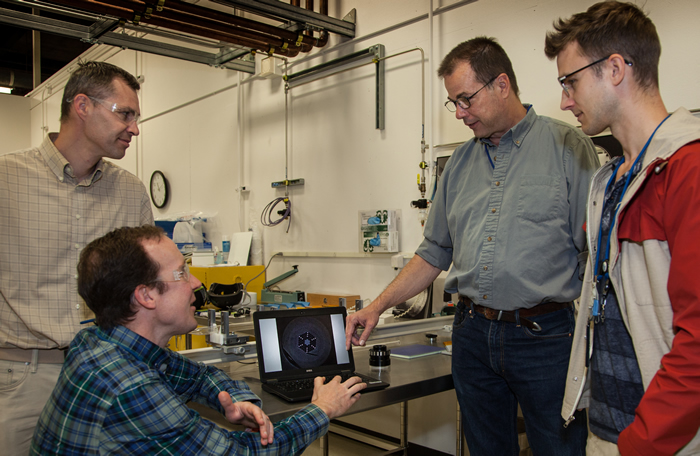 The laser is operating with “very good efficiency and good beam quality,” Pax said. “Power is already a record for this type of laser—27 watts at 925 nanometers—limited by available pump power. And the waveguide design allows for scaling the power by increasing the core size.”

The researchers also will test other dopants, including samarium, which lases directly in the visible spectrum at 651 nm, and terbium, which emits at about 545 nm. “The two immediate applications (directed energy and submarine communications) aren’t the only reason to pursue visible fiber lasers,” Pax noted. “The possibilities are opening up because of the new pump diodes, and we want to be in a position to make use of them with novel active species (dopants) for fiber lasers.” 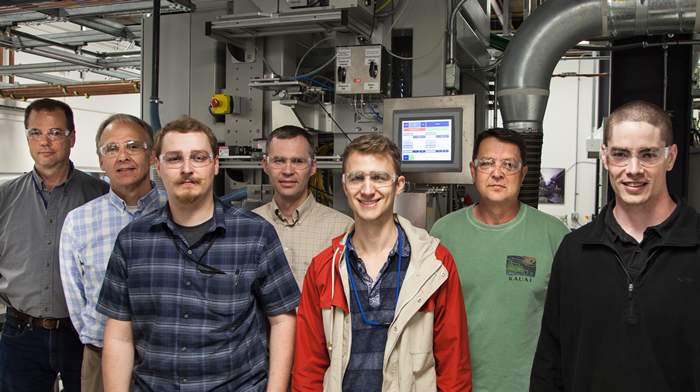 When the electronic components of crucial U.S. weapon systems are exposed to radiation, such as electromagnetic pulses and neutrons, the electronics can be degraded and this may cause the weapons to malfunction. As part of NIF’s National Security Applications (NSA) mission, LLNL researchers are working with Sandia National Laboratories colleagues to develop a neutron effects platform on NIF aimed at helping determine the survivability of non-nuclear weapon system components in hostile radiation environments.

“NIF is the best prompt source of high-intensity 14-MeV (million-electron-volt) neutrons in the world,” said NSA Program Manager Brent Blue. The neutron effects platform “will give the researchers access to new regimes in intensity and fluence (neutrons per unit area) they were unable to get to before on any other facility.”

During NIF inertial confinement fusion (ICF) experiments, quadrillions of high-energy neutrons are released into the Target Chamber as the hydrogen (deuterium and tritium) atoms in the target capsule fuse, producing helium. Electronics mounted on NIF’s new neutron effects diagnostic (NED) are irradiated by some of those neutrons, and the results are studied to determine the test sample’s “hardness” against adverse effects. 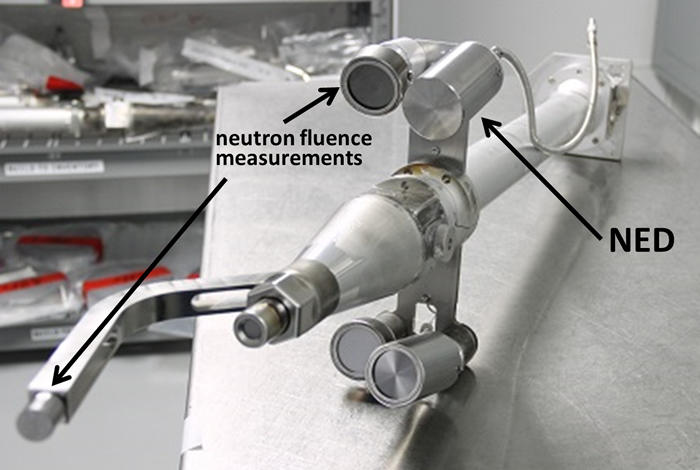 The neutron effects diagnostic was qualified in a NIF shot on Dec. 28, 2015.

“Transistors, in particular those that are used for gain and switches, are susceptible to degradation of their performance when subjected to high neutron fluence,” said Sandia nuclear engineer Billy Martin, who is leading the neutron effects program along with LLNL Staff Scientist Charles Yeamans. “We’re performing a wide range of experiments to inform us of these effects.” The experiments are part of a multiyear Sandia Laboratory Directed Research and Development (LDRD) Grand Challenge initiative titled, “New Capabilities for Hostile Environments.”

While many experiments in the program have been performed at Sandia’s Z Pulsed Power Facility, the Z Machine currently is operating without tritium, which limits the available neutron flux, Martin said. “Together with our LDRD External Advisory Board, we thought, why not look at other sources? So we developed hostile environment test platforms at NIF and at OMEGA” (the OMEGA Laser Facility at the University of Rochester).

The NIF neutron effects diagnostic got its first test on Dec. 28 of last year, when it participated in a diagnostic calibration shot using an indirectly driven deuterium-tritium-filled exploding pusher target. The shot produced an average yield of about 500 trillion neutrons, with 220 billion neutrons per square centimeter impinging on the test sample. The test had “extremely promising results,” Martin said. “It measured the damage we expected based on the yields produced.”

The NED sample, a power transistor, was positioned half a meter from the fusion target; this summer a further test is planned in which the sample will be placed just 10 centimeters from the target, increasing the neutron fluence reaching the sample by 25 times. Tests with even higher fluence levels are contemplated for the future.

The NED assembly is about the size of a small, 7.5-oz. soda can made of aluminum and stainless steel to protect the circuit board and transistor from the extreme temperature and x-ray environment. It is mounted on a diagnostic instrument manipulator, which simultaneously carries x-ray pinhole assemblies, solid radiochemistry sample collector diagnostics, and nuclear activation diagnostics. 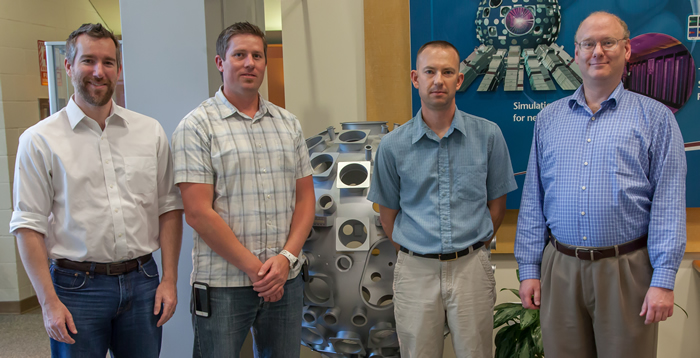