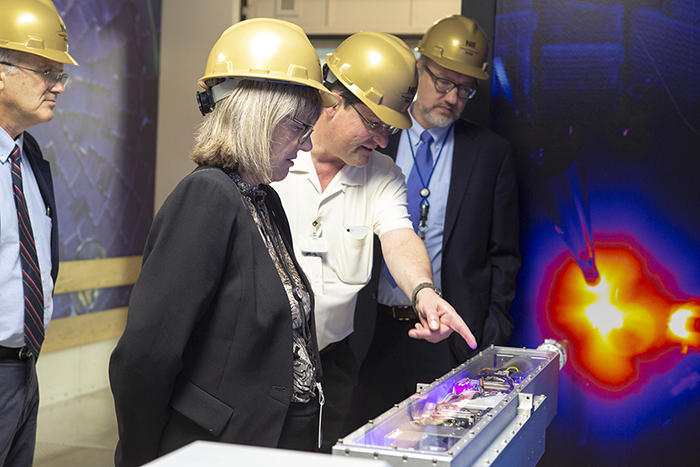 During her recent visit to Lawrence Livermore National Laboratory, Nobel laureate Donna Strickland toured NIF, which benefits every day from her award-winning research that was foundational to today’s ultra-high-peak-power laser systems. 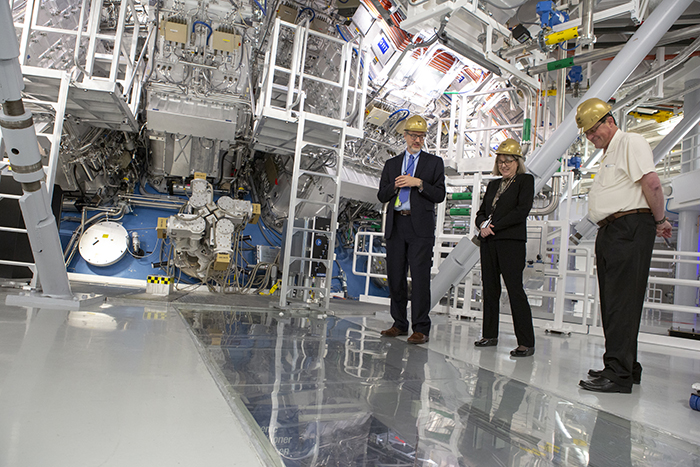 Donna Strickland looks at the see-through floor panel installed when the movie “Star Trek Into Darkness” was filmed in the NIF Target Chamber. She’s flanked by Herrmann and Van Wonterghem, who was an extra in the film.

Strickland, a physics and astronomy professor at Canada’s University of Waterloo, and her mentor, French physicist Gérard Mourou, were named Nobel Prize laureates on Oct. 2 for their work in developing CPA, to amplify ultrashort laser pulses up to the petawatt (quadrillion-watt) level.

“CPA is an advance that is at once incredibly profound and at the same time incredibly elegant, and has made the path possible to intense lasers and all their unique applications, from medicine to scientific discovery,” he said. “At this Laboratory, it has been a critical ingredient in advanced laser systems, starting with the first petawatt, demonstrated here at the Lab, right up to this year’s delivery of an exceptional high-average-power petawatt system to the ELI Beamlines facility in Prague.” 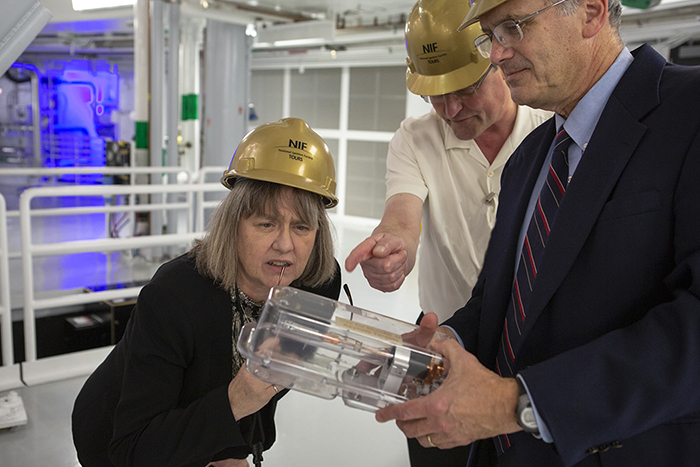 Strickland gets a close up look at a sample hohlraum.

Strickland discovered that by stretching, amplifying and then compressing laser pulses, the intensity could be increased without damaging the amplifying material.

“There we were in the 1980s — we had big energy lasers, but we couldn’t put short pulses down them, and that’s why we needed CPA,” Strickland said. “I like how Bill very nicely called it elegant – he didn’t want to say simple, but that’s what it is. I always like to say that what I built was a laser hammer.” 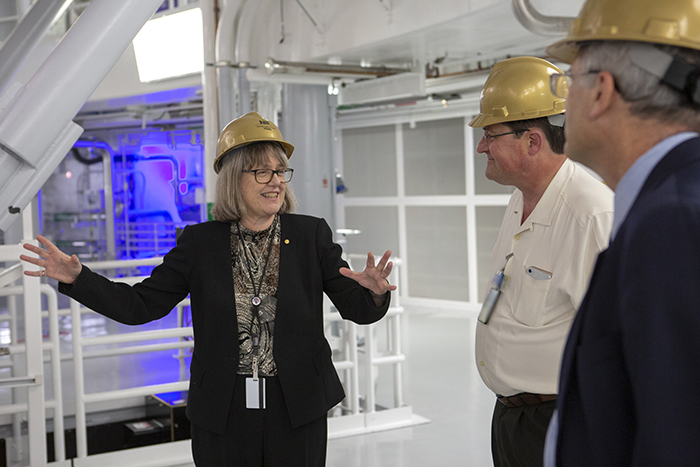 Strickland chats with Van Wonterghem and Wisoff in the Target Chamber. 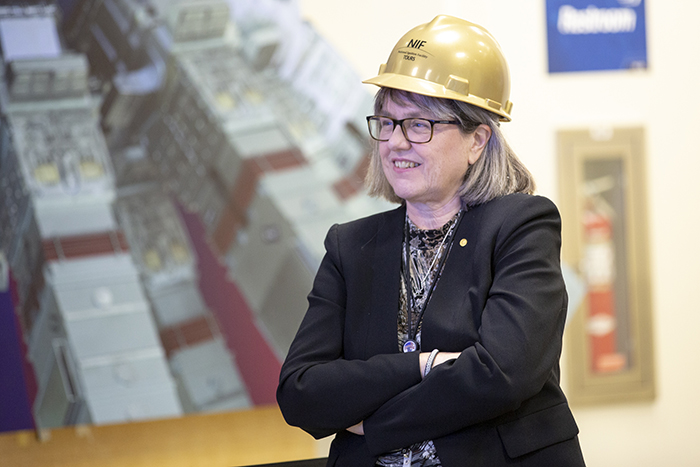 Strickland begins her tour in the NIF lobby. 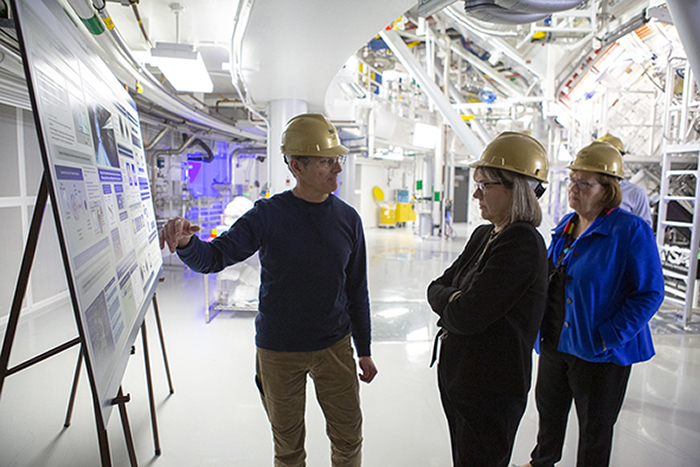 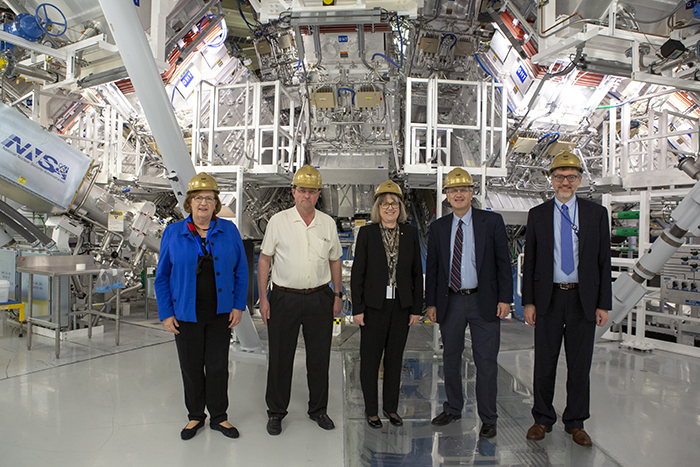 While in the Bay Area, Strickland also delivered an address to a joint meeting of the NIF User Group and the Jupiter Laser Facility (JLF) User Group, held at the Bella Rosa Event Center in Livermore. And she spoke Feb. 3 during the SPIE’s Photonics West conference in San Francisco.