The Laser Institute and SPIE, the international society for optics and photonics, recently presented awards to a NIF&PS research team and an individual.

LLNL was cited for the discovery of an efficient mechanism for laser ablation (material removal) that could help pave the way to the use of lower-energy, less costly lasers in many industrial laser processing applications. The work was reported in a Journal of Applied Physics paper, “Physics of picosecond pulse laser ablation,” published online in February 2019, and a July 2019 Optics Express paper, “Enhancement of laser material drilling using high-impulse multi-laser melt ejection.” 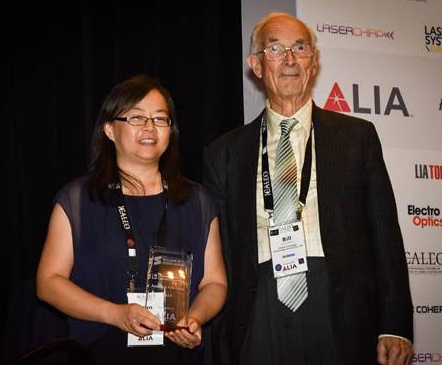 “We are very honored to be recognized for this work by the Laser Institute,” said Jeff Bude, NIF & Photon Science Deputy Principal Associate Director for Science & Technology and an author on both papers. “We believe this finding could lead to new or more efficient laser machining protocols using picosecond lasers, especially when coupled with other lasers.”

Nan Shen, one of the authors on the papers, received the award on behalf of LLNL at the 38th International Congress on Applications of Lasers & Electro-Optics (ICALEO) in Orlando, Florida, on October 9. Other authors on the papers were Wes Keller, Sasha Rubenchik, Sonny Ly, Raluca Negres, Rajesh Raman, Jae-Hyuck Yoo, Gabe Guss, James Stolken, and Ibo Matthews.

Professor William Steen was, until his retirement in 2000, the Chair of Mechanical Engineering at the University of Liverpool. He started one of the world’s first University-based research schools in laser material processing. He is the author of Laser Material Processing, now in its fourth edition.

Founded in 1968, LIA is a professional society for lasers, laser applications, and laser safety worldwide. 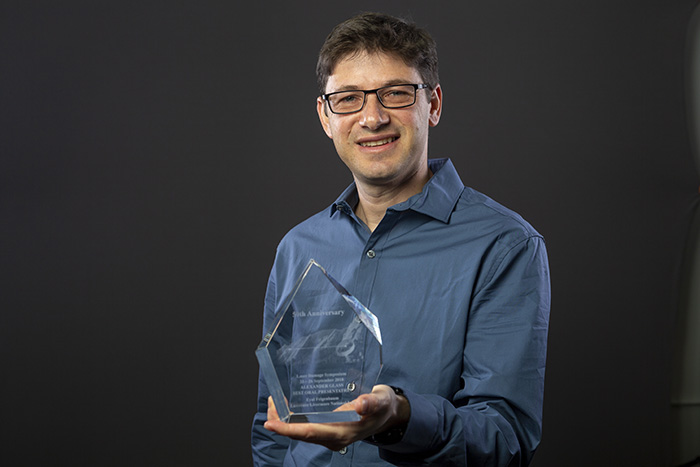 LLNL’s Eyal Feigenbaum received the Alexander Glass Best Oral Presentation Award from SPIE, the international society for optics and photonics. He was recognized for his talk, “Revisiting the laser induced filamentation damage conditions in fused silica for energetic laser systems,” at the Laser Damage 2018 conference.

The work he presented studies the conditions leading to the formation of filamentation damage in a bulk of optics — an angel hair-like shaped damage. This problem limits the potential of high-power lasers like NIF from reaching higher powers as well as their optics’ lifetime. Filamentation formation is well-studied in small beams, but the problem is fundamentally different with NIF and other high-power lasers.

“To better understand the contributing parameters and their role, we derived an analytic model and examined it with numerical simulation of the problem,” explained Feigenbaum. “The model results highlight the role of the major contributing parameters and results in a guidance for mitigations of filamentation damage. We are now focusing on further verifying the model findings and the proposed mitigations.”

At the Laser Damage 2019 conference, held in September in Broomfield, Colorado, Feigenbaum received a personalized desktop trophy and an honorarium as a token of SPIE’s appreciation for his contributions to the conference.