Research authored by NIF physicists represented four of the prestigious Physics of Plasmas top 10 list of “most cited papers” of 2018.

The papers on the list have accumulated five or more citations, according to AIP (American Institute of Physics) Publishing. In particular, AIP noted that two of the papers were co-authored by Lawrence Livermore National Laboratory physicist Daniel Clark, who won the 2018 Ronald C. Davidson Award for Plasma Physics. 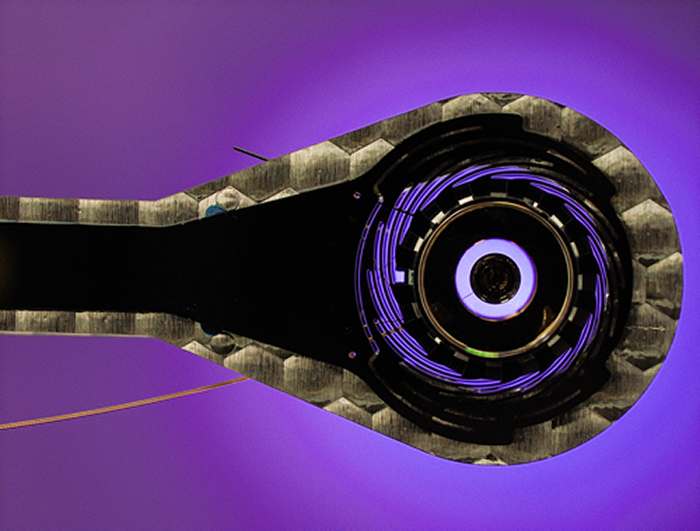 A diamond capsule inside a NIF hohlraum.

Clark was the lead author on “Capsule physics comparison of National Ignition Facility implosion designs using plastic, high density carbon, and beryllium ablators,” which had 10 citations. The paper compared the advantages and disadvantages of the three different ablator materials for current and future inertial confinement fusion (ICF) experiments at NIF.

The high density carbon (HDC), or diamond, target capsule material “looks best positioned to reach higher yields on NIF in the near term,” the paper concluded. “In fact, implosion designs similar to the scaled-up HDC design discussed here are the subject of active work aiming for higher yield in the very near future.” (For more, see “Diamond Capsules Show Near-Term Promise.”)

Clark was joined on the paper by LLNL colleagues Annie Kritcher, Steve Haan, and Chris Weber, along with Austin Yi and Alex Zylstra of Los Alamos National Laboratory. 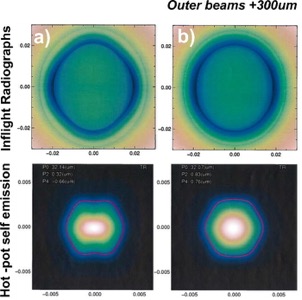 Simulated inflight radiographs of the dense shell inflight for Beryllium scaled designs (top) and images of the x-ray self-emission from the radiating hot spot (bottom) using (a) pointing from a NIF shot in 2017 and (b) additionally repointing the inner beams along the axis.

Kritcher, Clark, Haan, Yi, Zylstra, and Callahan also co-authored “Comparison of plastic, high density carbon, and beryllium as indirect drive NIF ablators.” The paper, which had 11 citations, compared the relative strengths and weaknesses of those materials.

“These simulations, which include low and high mode perturbations, suggest that diamond is currently the most promising for achieving higher yields in the near future followed by plastic, and more data are required to understand beryllium,” the paper said. 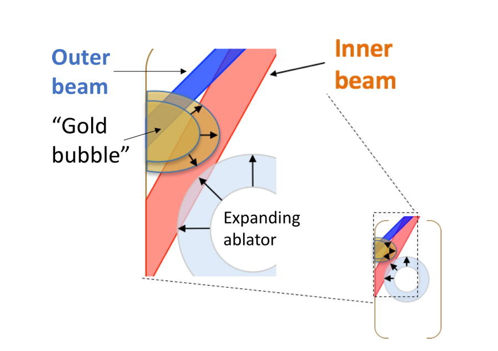 Callahan and more than two dozen researchers from LLNL and LANL also published “Exploring the limits of case-to-capsule ratio, pulse length, and picket energy for symmetric hohlraum drive on the National Ignition Facility Laser,” which was on the top 10 list with 15 citations.

The paper detailed research developing a simple, data-based model to track asymmetry in low gas-fill hohlraum experiments at NIF, which is trying to obtain symmetrical implosions at the NIF optimum cone fraction to get the “maximum amount of laser power and energy out of the laser.”

The model “captures the trends that we see in data that span much of the parameter space of interest for NIF ignition experiments,” the paper said. “We can use this data-based model to form the basis for new target designs for the NIF.” 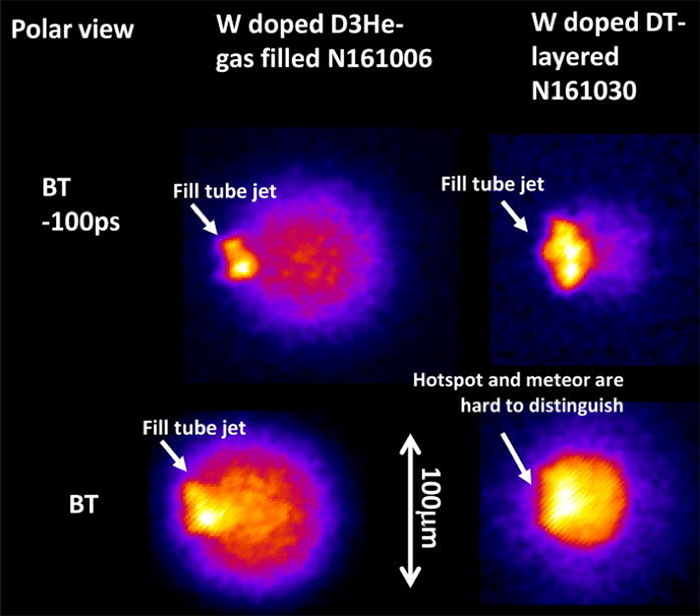 A figure included with the “Bigfoot” research paper shows a prominent emission feature in two implosion platforms due to fill-tube induced perturbation. (Click to expand)

“This implosion data has already been useful in comparing the three ablators and will be extremely valuable in developing future implosion designs intended to optimize the features observed from experiments performed to date,” said the paper, which had 14 citations.

Casey was joined by Callahan and other LLNL colleagues along with researchers from LANL, MIT, General Atomics and Diamond Materials GmbH.