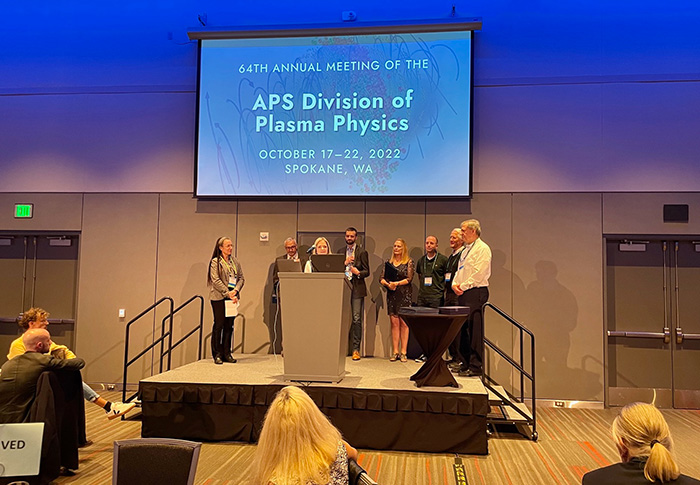 The Burning Plasma Team receives the 2022 John Dawson Award for Excellence in Plasma Physics Research by the APS at the 64th American Physical Society-Division of Plasma Physics annual conference in Spokane, Washington, in October. The team is made up of members from the Lab and other institutions. Photos by Félicie Albert

The attendees were keen on learning the latest developments of experiments at NIF, the world’s largest and most energetic laser, according to Senior Physicist Laurent Divol, who presented a review of the progress on NIF’s inertial confinement fusion since the Lab’s 1.35-megajoule milestone on Aug. 8, 2021.

“Many talks showed that we are making good progress, understand the sources of performance variations in recent shots on NIF, and have a credible multi-branched path forward to attain more robustness and higher yields in the near future,” said Divol, whose presentation was titled “Dynamics and variability in near unity gain inertial confinement fusion implosions on the National Ignition Facility.”

Divol added: “What we do on NIF is a clear proof of principle for ICF and the whole fusion energy field is ‘energized’ by our recent results.”

In all, more than 1,900 registrants gathered from Oct. 17-21 in Spokane, with another 350 registrants attending remotely for presentations, poster sessions, and seminars, according to LLNL physicist Denise Hinkel, chair of the APS-DPP. That was more than double the number of in-person participants at last year’s conference in Pittsburgh, Pennsylvania. LLNL was represented by nearly 60 registrants.

“Everybody was visibly very happy to be back in person at a large conference and the overall vibe was positive and collaborative,” Divol said.

Félicie Albert, deputy director of LLNL’s High Energy Density (HED) Science Center and a NIF scientist, praised all of the Lab’s speakers, who she said “gave well-received talks showing the depth and breadth of what we do at the Lab. It was also great to catch up with people we hadn’t seen for a while due to the pandemic.” 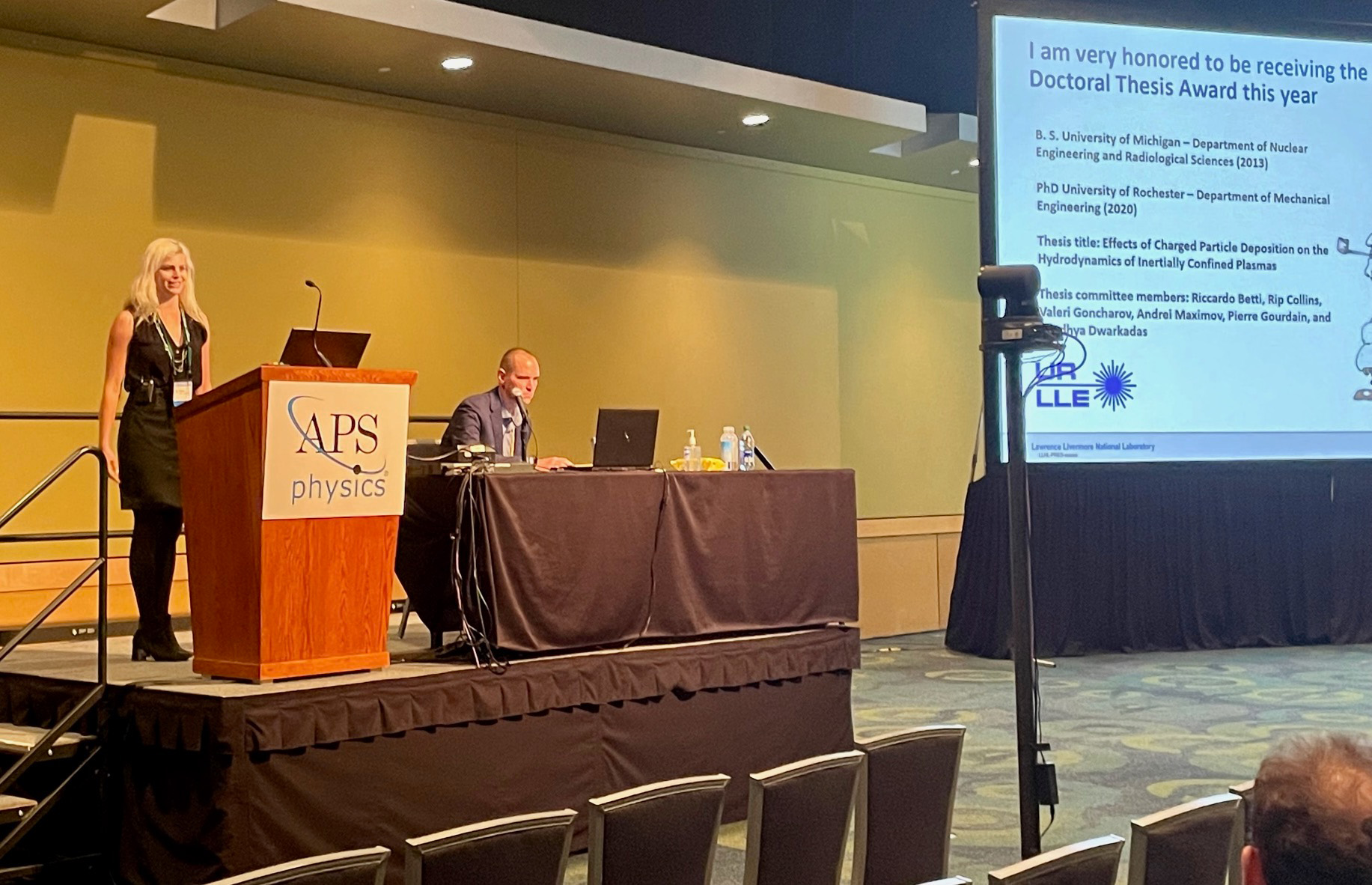 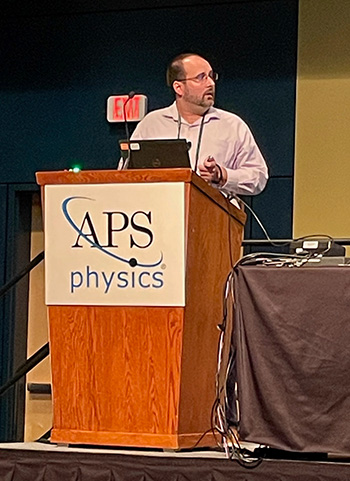 Divol noted that fusion startups, both ICF and magnetic fusion, had a large presence at the conference with posters, scientific talks, special sessions, and booths, and generated some excitement at the conference. He said it appears that there are increasingly more opportunities for scientists graduating in plasma physics and related fields.

For LLNL physicist Blagoje Djordjevic, the Spokane conference was his first time back to APS DPP in person since 2019 and said it was “very exciting for me.

“DPP is my favorite conference and I love seeing how people are pushing the boundaries of plasma physics,” he said. “It was great to be able to see not only old faces in person once again, but also to finally meet in person several people I had only otherwise met over teleconferencing.”

He and Lab physicist Raspberry Simpson praised the improved organization of the hybrid meeting, which was the result of a joint effort between APS Meetings and the DPP Executive Committee.

“I think the online and virtual components were integrated really well this year and it felt like a more cohesive conference,” Simpson said.

Hinkel said “the virtual component of the hybrid meeting was improved, and this was noted by virtual attendees.  Every oral session was live streamed.”

She also said conference organizers “are fully cognizant that there is room for further improvement.”

The other NIF-related invited talks from LLNL staff included: