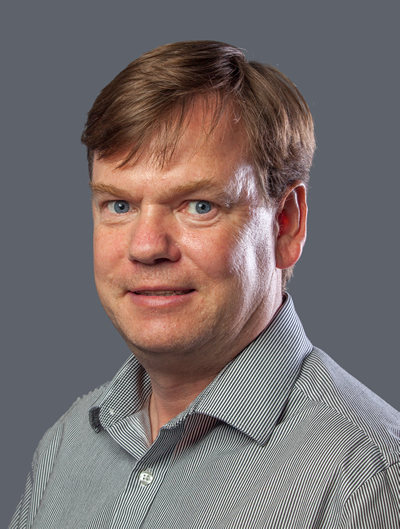 Andrew MacPhee and are considered a distinct honor because the evaluation process, conducted by the fellowship committees of individual divisions, topical groups and forums, relies on nomination and recommendation by one’s professional peers.

“It is an honor to be elected an APS fellow by my peers,” MacPhee said. “Working in Inertial Confinement Fusion (ICF) is a fantastic experience made especially rewarding through interactions with outstanding scientists and engineers both at LLNL and throughout the wider national and international community.”

MacPhee, a graduate of the School of Mathematics and Physics at Queen’s University in Belfast, Ireland, was a member of a team that won a 2017 R&D 100 Award for developing geometrically enhanced photocathodes for improved high-energy efficiency in x-ray detectors. He plans to continue working on ICF, looking specifically at hydrodynamic instabilities and developing fast diagnostics for ICF and high-energy density science.

Election to APS fellowship is limited to no more than one half of 1 percent of APS membership for a given year. In the last 57 years, more than 200 LLNL scientists have been elected APS fellows. The Laboratory’s 2018 Fellows, along with MacPhee, are Lorin Benedict of the Physical and Life Sciences (PLS) Directorate, Nir Goldman of the Materials Science Division in the PLS Directorate, and Patrice Turchi, a retired senior scientist in the Materials Science Division.

NIF & Photon Science researchers Jay Dawson and Tayyab Suratwala have been named Fellows by the Optical Society of America (OSA), a distinction awarded to OSA members for their significant contributions to the advancement of optics and photonics.

Dawson was cited for “leadership, innovations and contributions to the understanding of fiber laser power scaling limits, development of spectrally selective fiber waveguiding structures for Nd3+ fibers and lasers for future accelerators.” 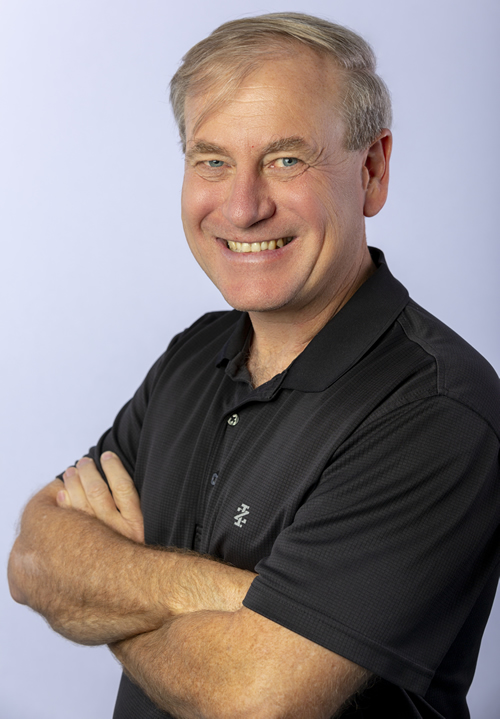 Dawson is the acting program director for the Department of Defense Technologies (DoDT) Program within the NIF&PS directorate. Prior to assuming this role, he was deputy program director of the DoDT Program for four years.

Before that, he led several fiber laser projects at LLNL, including a strategic initiative in scaling the output power of fiber lasers, a Defense Advanced Research Projects Agency-funded project to investigate beam combination of pulsed fiber lasers, a fiber-laser-based guide star, and a short-pulse injection seed laser developed to enable NIF beamlines to produce high-energy petawatt pulses at the system output.

Dawson received a B.S. in physics from Carnegie Mellon University and a Ph.D. in applied physics from the California Institute of Technology. His current research interests are in using lasers and laser-based systems to provide solutions for pressing national security problems.

“I am humbled to be elected as a Fellow of OSA,” Dawson said. “I am grateful to both LLNL and its many talented people for the opportunity to participate in and contribute to a wide range of laser science and applications.” 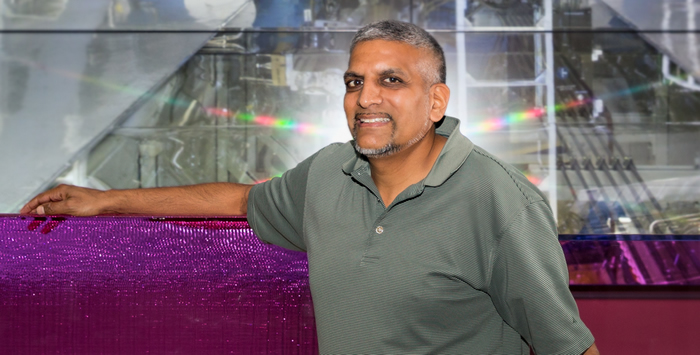 His research interests include grinding and polishing, deterministic finishing, laser damage initiation and growth, chemical- and thermal-based mitigation of damage precursors and damage sites, fracture behavior in glasses and ceramics, slow crack growth, glass chemistry, optical properties of glasses, and sol-gel chemistry. He has more than 85 peer-reviewed publications, including six patents and patent applications, four R&D100 awards, and a just-published book on techniques for polishing and finishing optics to make them less susceptible to laser damage.

“I am truly honored to be elected as a Fellow of OSA,” Suratwala said. “I am fortunate and grateful for having the opportunity to work with such a great, talented LLNL team on challenging optic problems and novel optic technologies.”

Suratwala’s new book, Materials Science and Technology of Optical Fabrication, captures advances from the Laboratory’s quest in the past several decades, as well as progress by others in the field, to develop advanced optics—especially laser damage-resistant optics. 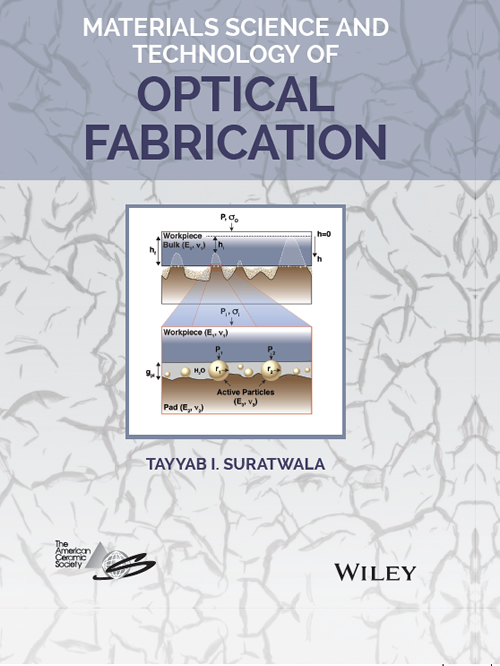 “This is the culmination of a 15-year journey to unwind the mysteries and complexities of the fascinating field of optical fabrication,” he said.

Suratwala, program director for Optics and Materials Science & Technology in the NIF & Photon Science Directorate, wrote the book to share the materials sciences aspects of optics fabrication (grinding and polishing) essential to manufacturing the next-generation laser optics successfully used in NIF and other high-energy laser systems. The same techniques are also applicable to other optics, such as those in advanced imaging and spectroscopy systems.

After learning how the surface finishing and processing of optics affected their laser damage and optical performance, “the Laboratory made an investment, largely for the needs of NIF, to understand the science of finishing,” Suratwala said. Optics damage results when tiny surface flaws, called damage precursors, begin to grow when hit by intense laser beams and ultimately can render the optic unusable.

“We were at the right place at the right time,” he said. “There was a strong need, and fabrication science was still in its early stages. It was an opportunity to turn what was largely an art form (grinding and polishing optics) into more of a science.”

There were significant technological benefits as well.

“We got better optics,” he said, “and now we’re able to operate NIF at 1.8 megajoules (of ultraviolet light) routinely—and more. At the same time there also have been spinoff benefits in the optics industry.”

Suratwala’s book begins by describing the complex interactions that occur during the grinding and polishing process involving the optic. “These interactions affect the major properties of an optic—its roughness, its overall shape, the rate at which you remove material, and the level of surface damage or contamination that you might get as a result of the process,” he said.

The book’s second half covers the techniques, tools, and characterization methods that can improve both understanding and the fabrication process, such as fractography—why optics break during fabrication; “scratch forensics”—determining the causes and providing guidelines for repairing surface fractures, such as scratches; and novel ways of characterizing the optic’s response during polishing.

“All these things that we’ve learned—the fundamental chemistry, physics, mechanics, tribology (friction, lubrication, and wear), and colloidal chemistry—end up not only aiding in making more damage-resistance optics, but also help in improving the optical performance, such as wavefront and low scatter,” Suratwala said. “The optics industry loves what we›re doing because it can help them.”

Suratwala often is invited to give presentations to technicians and process engineers at major optics manufacturing companies. The Laboratory is hosting an American Precision Optics Manufacturers Association (APOMA) technical workshop at the Garré Vineyards on Oct. 18 and 19, where the book will have a targeted audience.

Suratwala credited the Laboratory Directed Research & Development (LDRD) program for supporting much of the content and his LLNL Mid-career Award with providing support to write the book. He thanked Lab researchers Rusty Steele, Mike Feit, Phil Miller, and Lana Wong “who have supported this work throughout” as well as the many co-researchers, collaborators, and mentors who helped along the way. He also thanked reviewers and graphic artists Margaret Davis, Brian Chavez, and James Wickboldt.

Looking ahead, Suratwala noted that optical fabrication research will continue and grow in new directions.

“We are very interested in taking conventional optical fabrication and turning it into much more complicated-shape optics, which is referred to as freeform optics,” he said. “That and additive manufacturing of optics are the future. Many of the book’s fundamentals can be utilized to help build the R&D in this new direction.

“It’s not over, there’s more to do,” he said. “This new scope will hopefully lead to the next book in the coming decades.”