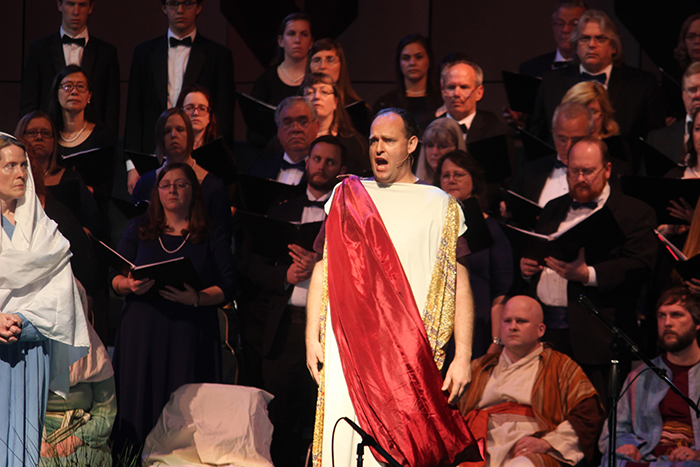 As group leader and application developer in the NIF Computing Applications Division at Lawrence Livermore National Laboratory (LLNL), computer scientist Jarom Nelson has been working on the development and release of Virtual Beamline++ (VBL++). That’s the next-generation laser physics code that uses high performance computing (HPC) for simulations of short-pulse and broad-spectrum lasers and to tackle even bigger scientific problems.

What has appealed to Nelson about working at the Lab, besides collaborating with smart, talented team-oriented scientists, is how the Lab unites rigorous scientific research with solving practical, real-world scientific problems that support the nation’s security. 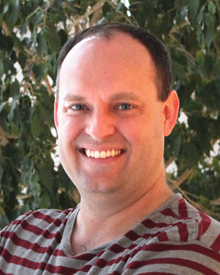 “I work with engineers and physicists to understand how lasers behave and write next generation HPC simulation software accounting for the broad spectrum of lasers developed at LLNL, including high-peak power petawatt-class lasers,” Nelson says. “By researching and developing computational tools that support the production, collection, and management of huge amounts of data generated by laser experiments, I’m applying computational research to important, practical problems that affect the nation’s security.”

Nelson joined the Lab 16 years ago after completing his bachelor’s in computer engineering and computer science at Brigham Young University. His initial work at the Lab involved developing code for target diagnostics to configure and acquire data from NIF’s scientific instruments.

Under an academic plan funded by the Lab’s Education Assistance program, he went on to complete his master’s in computer engineering at UC Davis with a focus on computer architecture and compiler optimization. He also pursued graduate-level courses in supercomputing with the hope of one day contributing to the Lab’s flagship capabilities in supercomputing.

Through frequent collaborations with engineers and physicists to build target diagnostics systems, acquire images, and record signals of what happens when the laser hits a target, Nelson has gained first-hand knowledge of NIF’s incredibly valuable output: data.

“We collect a lot of data and understand what happens when different materials are hit by this powerful laser,” he says. “We’re finding out how matter behaves at high temperatures and extreme pressures. We’re discovering what happens when an intense shockwave hits a specific target material and creating fusion in a laboratory environment so we can understand the process and improve our national security. I’ve enjoyed working on the VBL code because it makes sure the laser has the right energy and pulse shape when delivered to the target, so that we can get quality data out of laser experiments.”

“At the Lab, there is a lot of opportunity to work on really interesting problems and a lot of really smart people working together to solve those problems.”

The VBL++ team pulls from the Computing Directorate’s NIF Computing Applications Division and the Center for Applied Scientific Computing (CASC). In developing and launching VBL++, the team translated the previous version of VBL from Java into C++, added MPI and OpenMP, and is in the process of adding support for graphics processing units (GPU) on the newer LLNL clusters. (see “LLNL’s Virtual Beam Line ++ Now Available to Users”)

As it breaks new ground, the NIF Computing team has begun building the infrastructure to model broadband laser simulations with even greater resolution. The last iteration of code — VBL, which had been a trusted workhorse for the last 20 years — portrayed the laser as one monochromatic wavelength.

“Lasers have a spectrum,” Nelson says. “VBL simplified the laser model to only operate on one wavelength. This reduces the memory and calculations needed to simulate the laser, but that simplification misses a lot. If we want to capture the full spectrum of a laser in VBL++, we need to have enhanced resolution time and that requires much more memory.

“VBL++ working with HPC will allow us to capture that complexity and simulate the full NIF laser spectrum, as well as support the design of other advanced-laser architectures at the lab, providing more accurate data on laser characteristics like pulse compression, wavelength variation in time, ultra-short pulses, and new materials for frequency conversion and amplification,” he says.

Nelson is married and has 6 children, ages 6 to 16. Activities with his family occupy most of his time away from work, but he also finds time to nurture his creative outlet: participating in musical theater productions and choral singing, which he has done since high school.

Before the pandemic, he often joined a few friends at work during lunch to sing, play guitar, and pretend they were a rock band known as the “Granite Room Gang.” Nelson says singing and musical theater gives his brain variety in terms of how it’s used.

“Sometimes when I’m approaching a problem at work, my mind can get kind of stuck, but singing and performing changes things up,” he says. “And I find that when I come back to a problem, I tend to see it differently, and often the solution  becomes obvious, or whatever was blocking me becomes unlocked.” 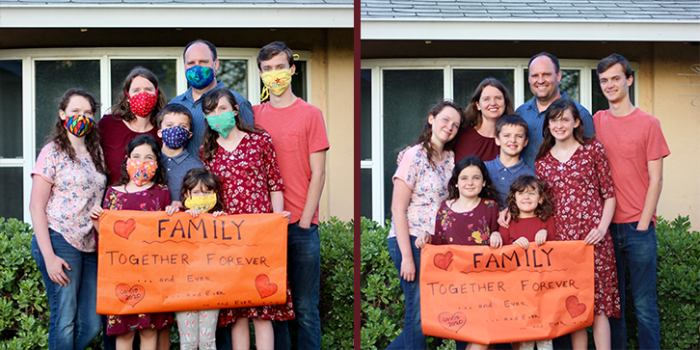