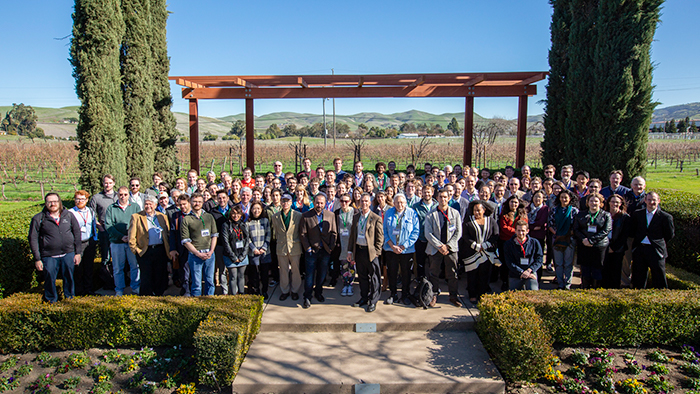 Attendees at the NIF and JLF User Group Meeting represent 42 institutions across six countries. Photos by Jason Laurea (Click to expand. Use keyboard arrow keys to view all photos.)

The theme of the opening remarks was one of gratitude to the user community for their inventive science and excitement for the future of high energy density (HED) science. The Department of Energy’s perspective was presented by Njema Frazier, representing the National Nuclear Security Administration (NNSA) Program Office, and Kramer Akli of the DOE Office of Science. 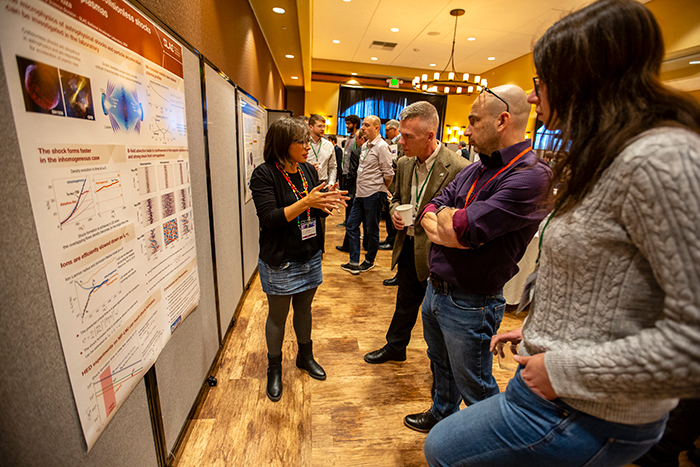 Anna Grassi of SLAC explains her research to onlookers at one of the three poster sessions at the NIF & JLF User Group meeting.

“I want to thank our sponsors, NNSA and the Office of Science, our partners around the world, and most of all, you, for the ingenuity and new ideas that you bring,” Wisoff said. “NIF would be just a machine without scientists like you. I am very optimistic about the future.” 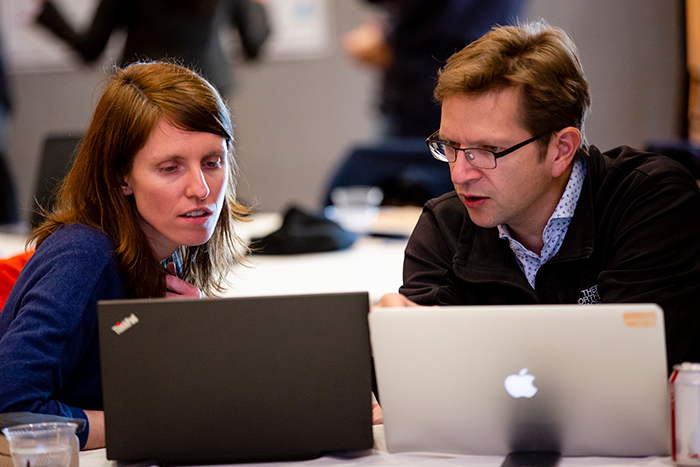 “This is one of the most exciting times in my career in HED science, in terms of the support and recognition that the field is getting,” he said.

In January, the JLF began a 1.5-year shutdown period to refurbish the laser. In parallel, the DOE Office of Science Fusion Energy Sciences (FES) program has funded the addition of a third high energy beamline to the facility. The first call for proposals on the upgraded JLF is not expected until early next year, with full operations expected to resume in July 2021. 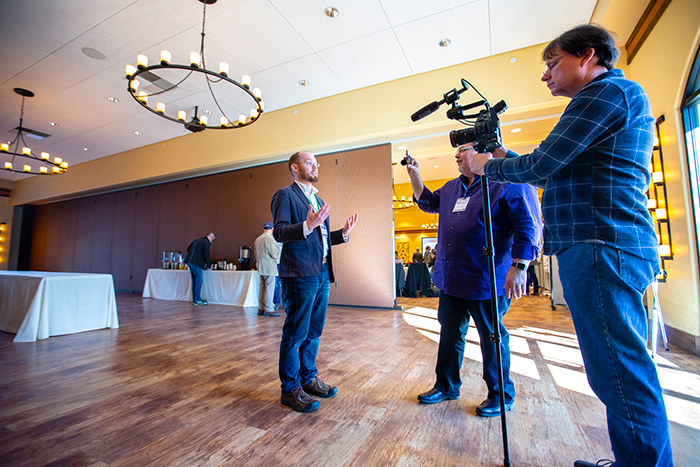 Physicist Will Fox from Princeton Plasma Physics Laboratory is interviewed by LLNL’s Brian Chavez, middle, and Mark Meamber, right, who are recording a video of the NIF & JLF User Group meeting.

As in previous years, talks were paired around ongoing NIF Discovery Science research projects with a prominent theorist describing general physics problems followed by an investigator conducting NIF experiments that inform those broad questions. The topics and speakers were:

“The NIF User Group Executive Committee did an excellent job putting together these impactful presentations,” said NIF User Office Director Kevin Fournier. “New this year was generous support from four sponsors for a wonderful social event making it possible for LLNL personnel to attend with virtually no cost out of pocket and interact in a fun, relaxed atmosphere with their academic colleagues.” 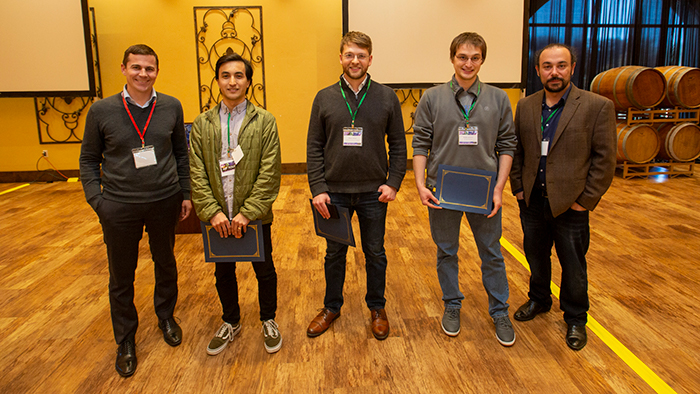 At the end of the event, Fletcher and NIF User Group Vice Chair Petros Tzeferacos presented awards for the best posters to:

The NIF User Office organized and hosted the event again this year, including managing student travel support, sponsorship for the social event, and all the aspects of arranging logistics at the offsite venue, the Bella Rosa Conference Center at the Garré Vineyard & Winery. The User Office administrative staff did a wonderful job. 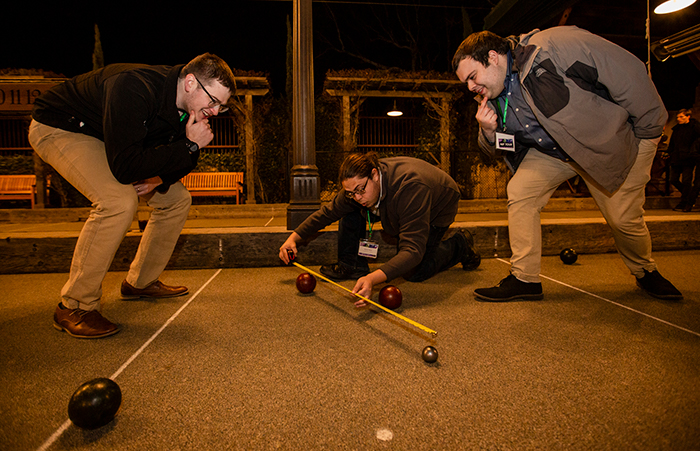 The meeting included a dinner social at Campo di Bocce in Livermore. And whether it’s for HED science or bocce ball, precision measurements are crucial. 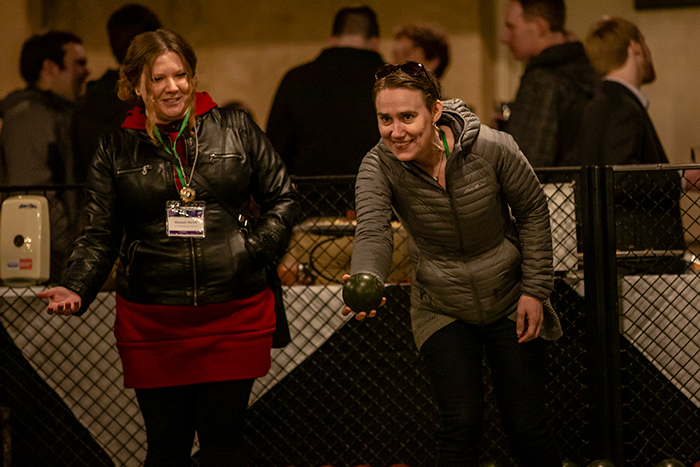 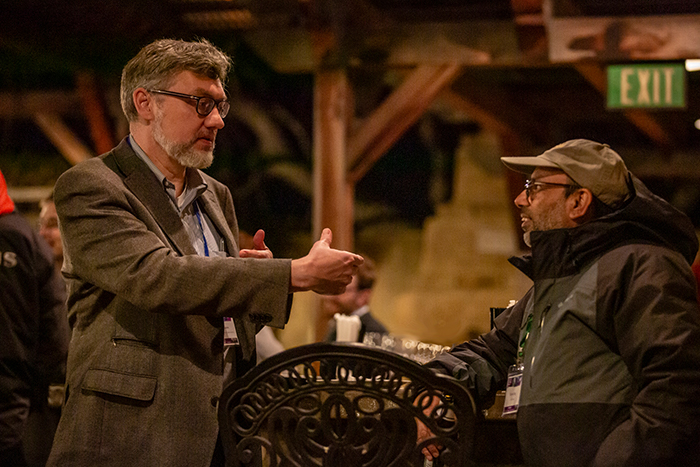 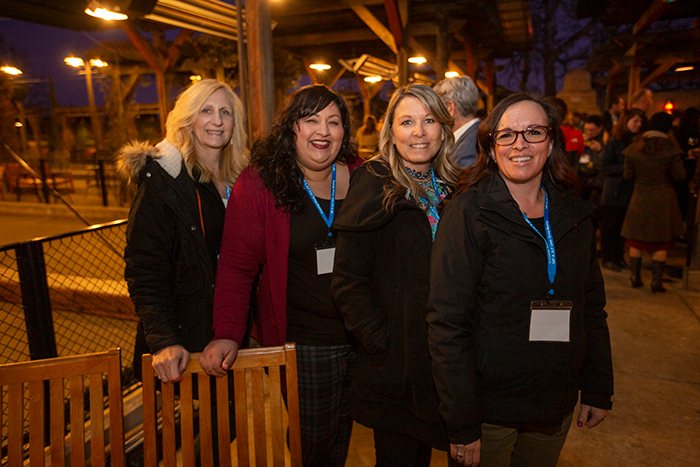 The admins who made it all happen: Left to right, Peggy Sharp, Sarah Camarillo, Jennifer Boyd, and Eileen De La Peña. 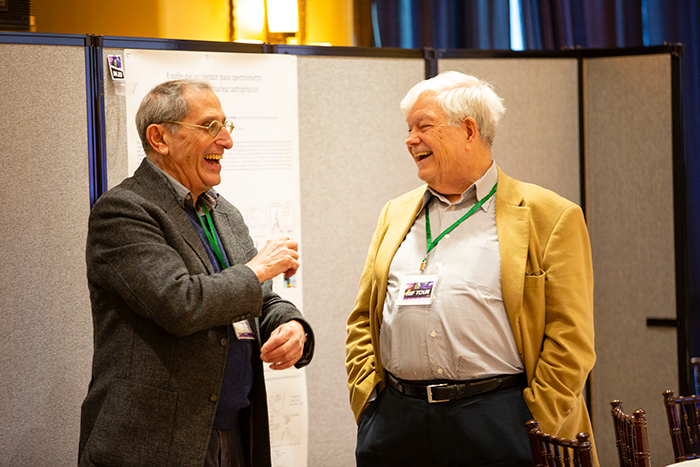 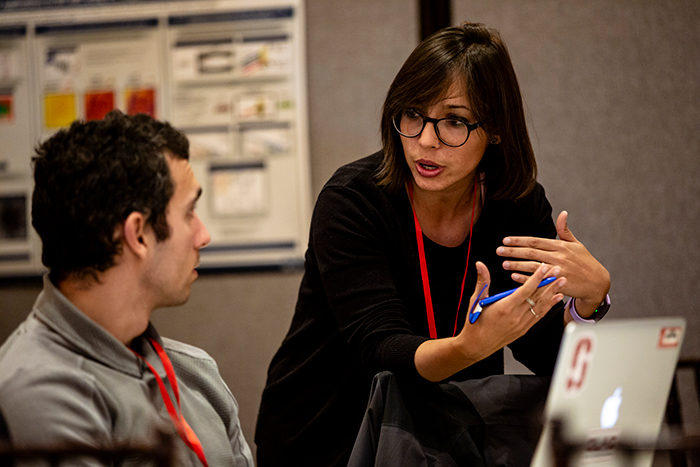 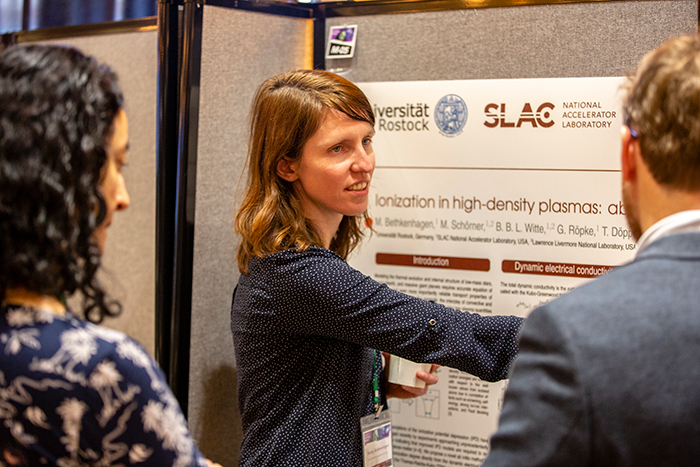 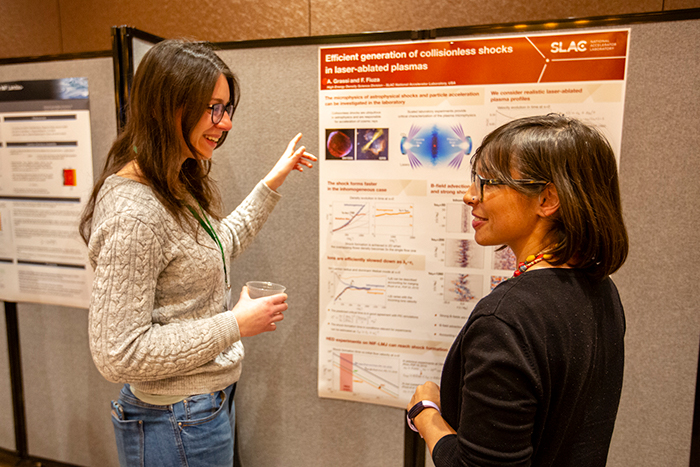 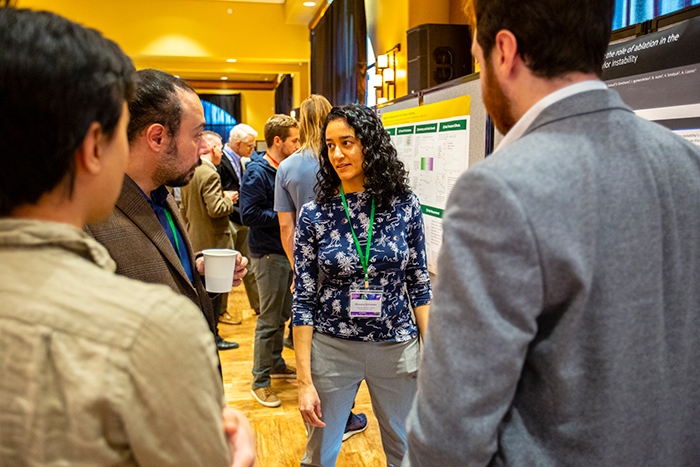 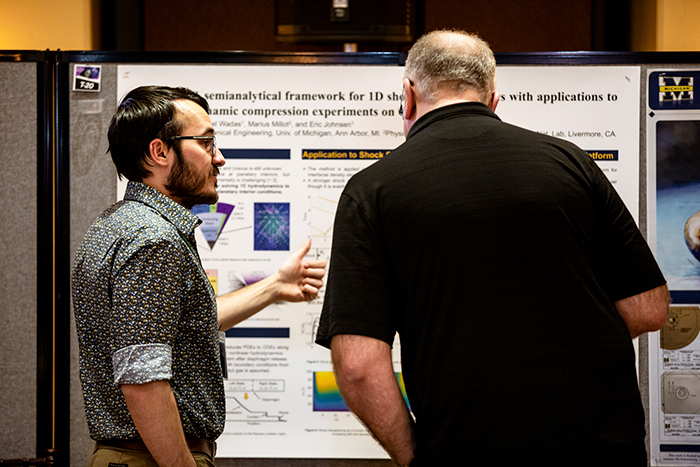 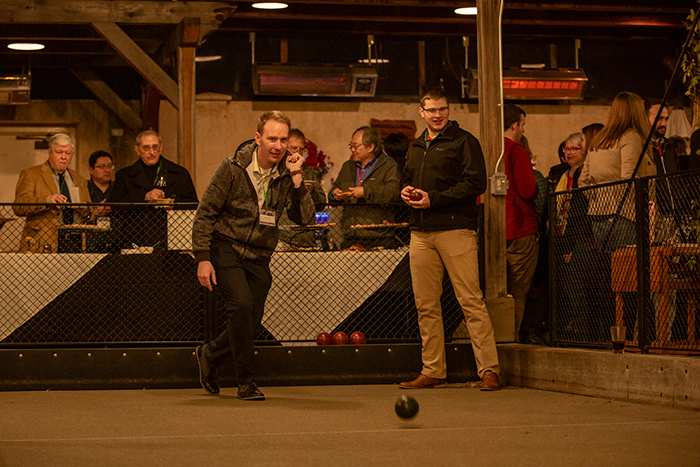 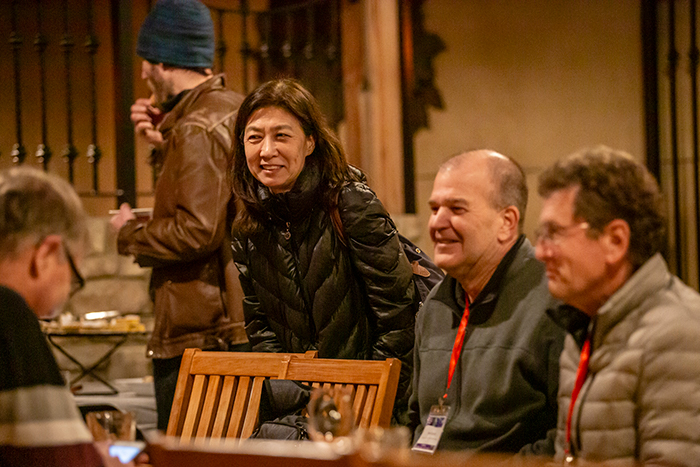 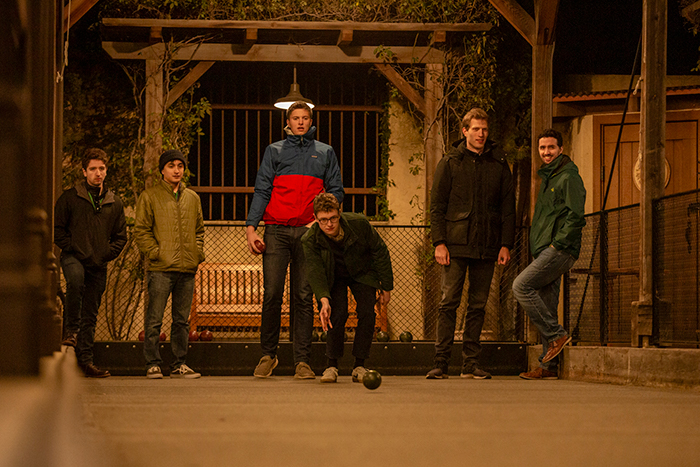