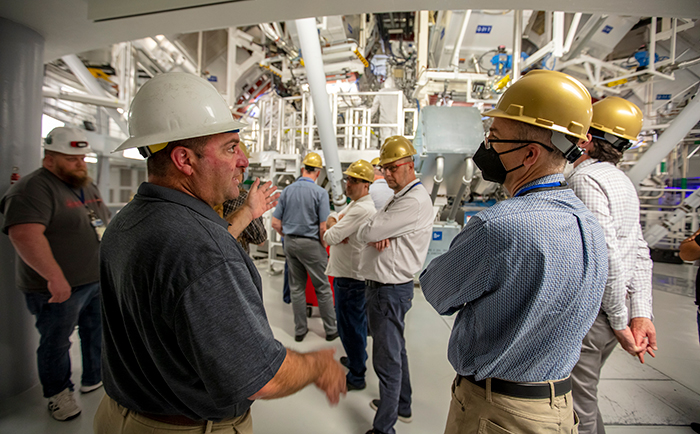 Big milestones such as NIF reaching the threshold of ignition become possible through the work of operations personnel at the world’s major laser research facilities. But ongoing upgrades and upkeep are key to keep pushing laser science forward, according to attendees of a recent workshop hosted by NIF.

The 13th International Laser Operations Workshop (ILOW), held at LLNL from Aug. 30 to Sept. 1, brought together more than 70 representatives from 11 laser facilities to discuss recent achievements and share how they are responding to various challenges to improve their systems.

This year’s workshop was the group’s first in-person meeting since before the COVID-19 pandemic began. ILOW—first convened at LLNL in 1998—is unique in the industry because it focuses on the operational aspects of medium and large laser research facilities rather than the scientific and academic achievements covered by other conferences.

“The importance of operations can’t be understated,” Jeff Wisoff, principal associate director of NIF & Photon Science, said during his opening remarks to attendees. “You’re here because you represent the most amazing laser facilities around the world. And a lot has changed since the first ILOW conference.”

Wisoff noted that laser facilities like NIF, the world’s largest and most energetic laser system, are constantly adding new capabilities as laser science advances. “And that only underscores the need to talk about operations, share best practices, and learn how to operate these facilities even better,” he said.

ILOW has convened about every 18 months to two years and was founded by LLNL, the University of Rochester Laboratory for Laser Energetics (LLE), the United Kingdom’s Atomic Weapons Establishment (AWE), and the French Alternative Energies and Atomic Energy Commission (CEA). 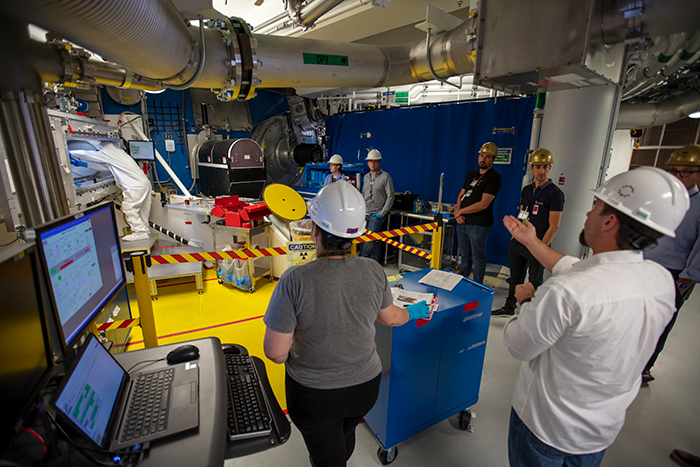 From an operations standpoint, the addition of several key diagnostic measurement instruments helped scientists better understand the inertial confinement fusion (ICF) process to reach that threshold, Larson said. When NIF was first commissioned in 2009, “there were almost no measurement capabilities,” he said.

Researchers are now focused on reducing the size and number of flaws in the peppercorn-sized shells that contain the deuterium-tritium fuel size that are the target of NIF’s 192 lasers in an ICF experiment, he said. That’s because those advanced diagnostics indicate that microscopic inclusions (higher-density contaminants) or voids in those shells generate perturbations during the ICF process, one of the major reasons experiments after the Aug. 8 shot have not reached the same yield levels.

“We’re hot on the trail to get rid of them,” Larson said.

Looking forward, NIF is working on increasing laser power and energy beyond its current operating capacity of 1.9 MJ and 500 terawatts (TW) of peak power and is expecting to get to 2.2 MJ in the coming year and potentially as high as 3 MJ later this decade.

“The case for doing this was really given an injection of energy from this August result, since small increases in laser energy can produce large increases in fusion output,” Larson said.

Larson also highlighted the need to execute NIF’s Sustainment Plan, a five-year plan to address deferred maintenance, obsolete equipment, and radiation hardness issues across the facility, which was designed in the 1990s. The plan covers 29 projects and support systems, such as lasers, diagnostics, amplifiers, and control systems. 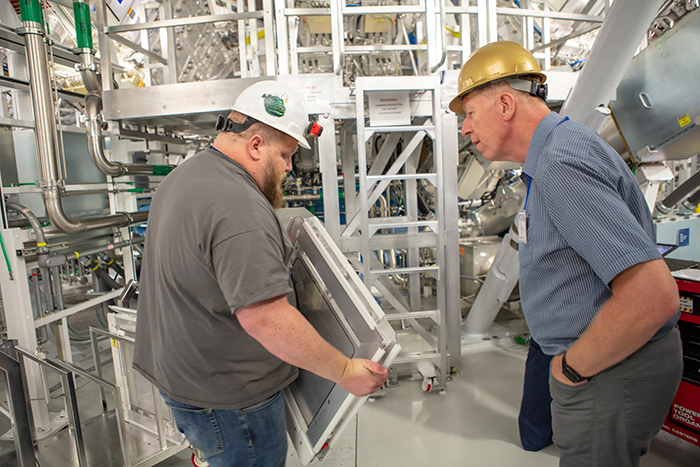 The workshop heard similar plans from the other facilities, such as the Orion Laser Facility, which has been operating since 2013 and has now launched an infrastructure project to ensure systems and equipment don’t become obsolete and remain reliable and “fit for the future,” said laser scientist Nick Hopps, the refit project’s sponsor.

“I’d like to start by saying how very pleased I am to be back in Livermore with the ILOW,” Hopps said to the attendees. “It’s the best laser meeting there is. The discussions that we have in breakout sessions are fantastic.”

Representatives from ELI Beamlines updated attendees on progress that included the LLNL-designed L3 HAPLS system and high-energy, low-dispersion (HELD) dielectric gratings to be installed in the L4-ATON system (see “LLNL’s New Diffraction Gratings Will Enable the World’s Most Powerful Laser”). 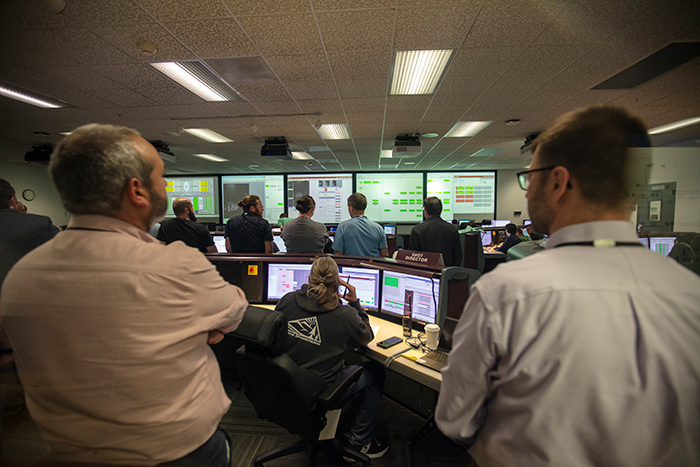 Ioan Dancus, head of laser systems at the 10-petawatt ELI-NP, also told the crowd he was happy to attend ILOW.

“It’s great to be here again in person, to see each other,” Dancus said. “To be honest, I do not like virtual conferences. I prefer the face-to-face meetings and interactions.” 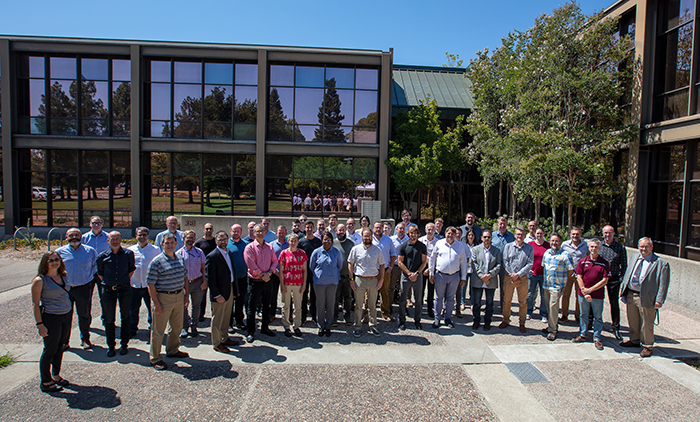 “The meeting was a success as evidenced by a number of positive comments by participants both directly and by the end-of-conference survey,” Kohut said. “Everyone was excited to get together in person and see what each has accomplished over the last couple of years.”

Van Wonterghem added, “It was very exciting to see so many new faces in this community, hear about new facilities and share our ideas and approaches as we run our large laser facilities in ever more challenging regimes to support critical research and solving major problems facing the new world. We look forward to the next workshop at the LMJ facility in France.”