The following is an excerpt from the cover story by Dan Linehan in the June 2019 issue of Science & Technology Review. 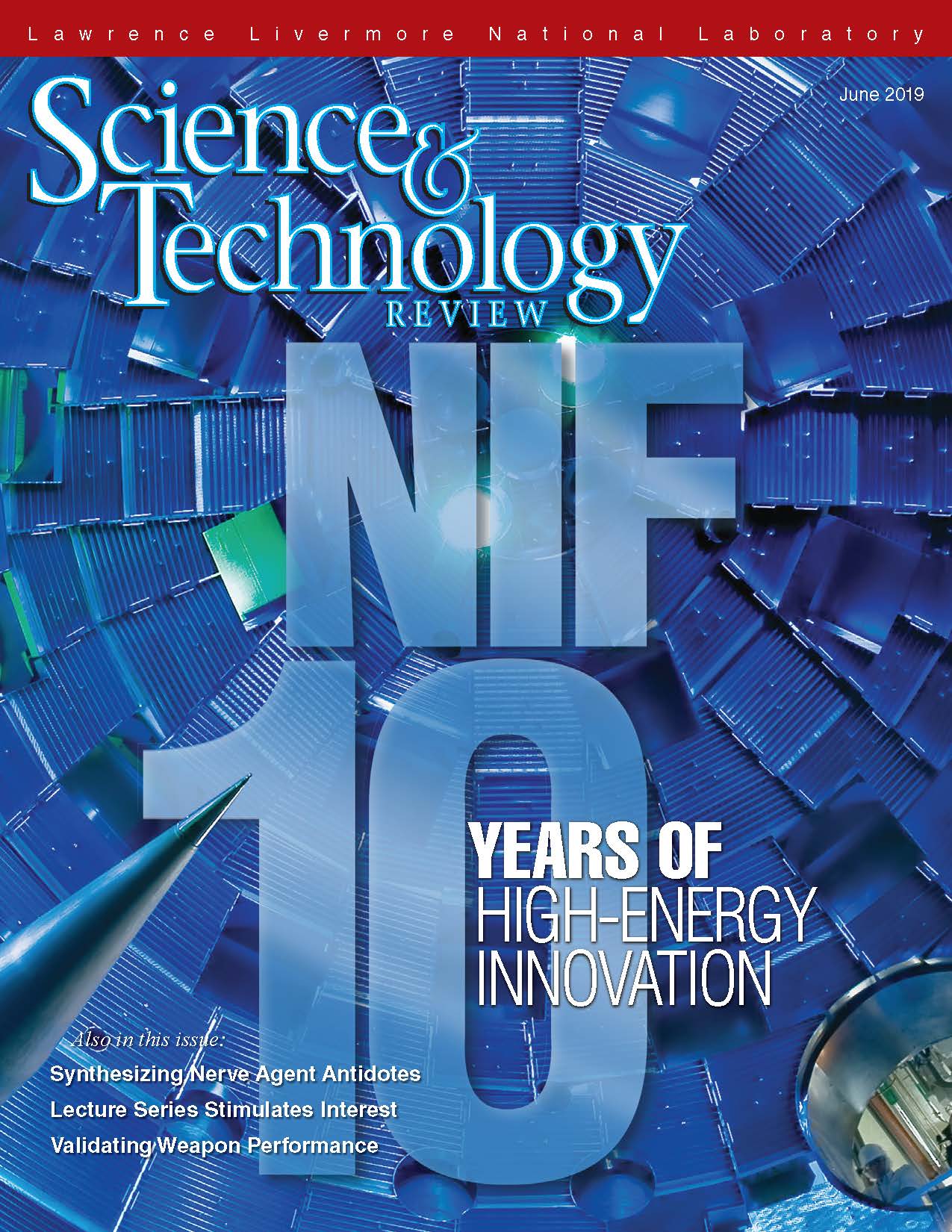 On March 9, 2009, a staggering 2 trillion watts of electrical power—4 times more power than the United States uses at any instant in time—surged through the National Ignition Facility (NIF) to generate the intense light that powers the laser. At that moment, 192 laser beams raced down the beam path and converged to deliver an immense blast of energy onto a tiny target. This test shot was a key milestone for NIF, fulfilling one of its first critical design specifications. Five months later, in August, Livermore scientists began executing experiments at NIF aimed at ensuring the Laboratory could deliver on one of its key missions: to maintain the nation’s nuclear deterrent in the absence of further underground nuclear weapons testing.

This exceptional laser system makes it possible for scientists to explore physical regimes never before seen in a laboratory setting. Every year, researchers conduct experiments at NIF that are essential to the National Nuclear Security Administration’s (NNSA’s) Stockpile Stewardship Program (SSP). In doing so, they advance our national security and the field of high energy density (HED) science. They also enable advances in astrophysics, planetary physics, hydrodynamics, and materials science. NIF’s unique capabilities include flexible and repeatable experimental configurations, precision target fabrication and metrology, and advanced diagnostics.