A team of Lawrence Livermore National Laboratory (LLNL) physicists publicly presented for the first time two techniques to diagnose NIF’s laser performance at full energy and power during ignition-relevant conditions. The presentations were made at Photonics West, the world’s largest photonics technology event. 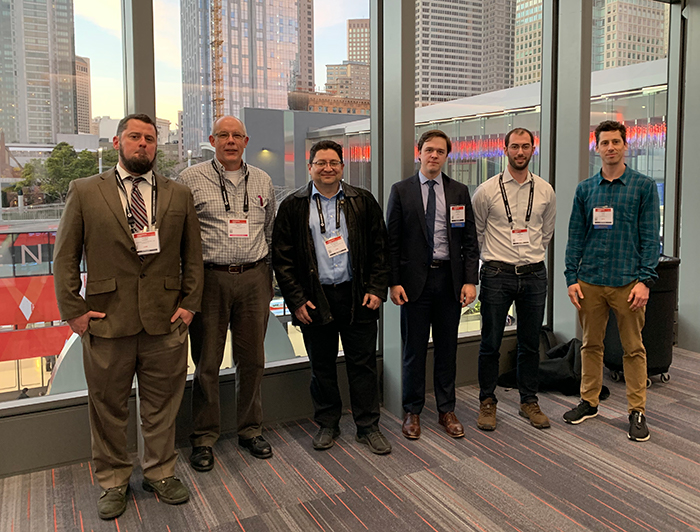 The topics discussed “cover the basic diagnostics and models that give us pieces of the puzzle that will add up to better understanding NIF’s energy and power performance bottlenecks and how to ultimately overcome them,” said LLNL research scientist Jean‑Michel Di Nicola, group leader of the NIF and Photon Science Laser Modeling and Analysis group.

“These presenters are running campaigns and performing simulations to understand the non-linear and spatio-temporal coupling effects that are happening and developing in the NIF beam at the highest extracted energies and powers,” he said (see the December 2018 paper published in Nuclear Fusion).

The annual Photonics West, which is sponsored by the SPIE international society for optics and photonics, was held the first week of February at the Moscone Convention Center in San Francisco.

There was so much interest in LLNL’s work that more than 20 laser physicists from around the world regrouped at the Lab’s Livermore Valley Open Campus (LVOC) after the Feb. 5 Photonics West presentations.

At LLNL, they heard two days of technical presentations and more in-depth discussions on laser modeling and performance. Those meetings, hosted by NIF, included representatives and presenters from the University of Rochester’s Laboratory for Laser Energetics (LLE), the French Alternative Energy and Atomic Energy Commission (CEA)’s Laser Mégajoule, and LLNL.

These three institutions “are the strongest players in this field,” Di Nicola said. “We have long-established and mutual-interest collaborations. We’re basically trying to better understand the limitations of the beams and of their performance on the respective laser facilities.”

NIF, the world’s most energetic laser, routinely operates beyond its design point at its highest sustained levels of energy and power. Finely understanding its beam characteristics and reducing distortions is a key to increasing peak power without damaging the facility’s optical components.

To improve that understanding, NIF has been using modeling and simulation techniques such as the Virtual Beam Line (VBL), a code developed by NIF and LLNL’s Computing Directorate and running on the Lab’s high-performance computing platform, and the PDS, a suite of diagnostics used to characterize in depth the performance of a selected laser beamline before it enters the Target Bay.

Thanks to a collaboration with Sandia National Laboratories and the NIF target and laser diagnostics groups, a new type of camera named Icarus has been deployed in the PDS. Icarus is a hybrid CMOS (complementary metal oxide semiconductor) sensor able to capture four snapshots or time slices of the 17-nanosecond laser pulse. The shortest of these time slices is only about a nanosecond.

At Photonics West, the presenters talked about NIF’s goals to better assess phenomena such as the self-focusing of beams into a smaller radius that could increase the likelihood of exceeding the damage threshold of optics, as measured by a metric known as the B-integral.

Specifically, the team outlined two techniques and associated computer modeling aimed at two main goals. One goal was to measure spatial and temporal distortions encountered at high saturation levels and at the B-integral threshold by using the Icarus chip, which captures 2D gated nearfield images in 4 frames during a 17-kilojoule, 17-nanosecond shaped infrared (IR) pulse. The other goal was to spatially resolve the B-integral phase shift in the beam that’s a result of the power-limiting nonlinear “Kerr effect” accumulated from the entire NIF laser chain. 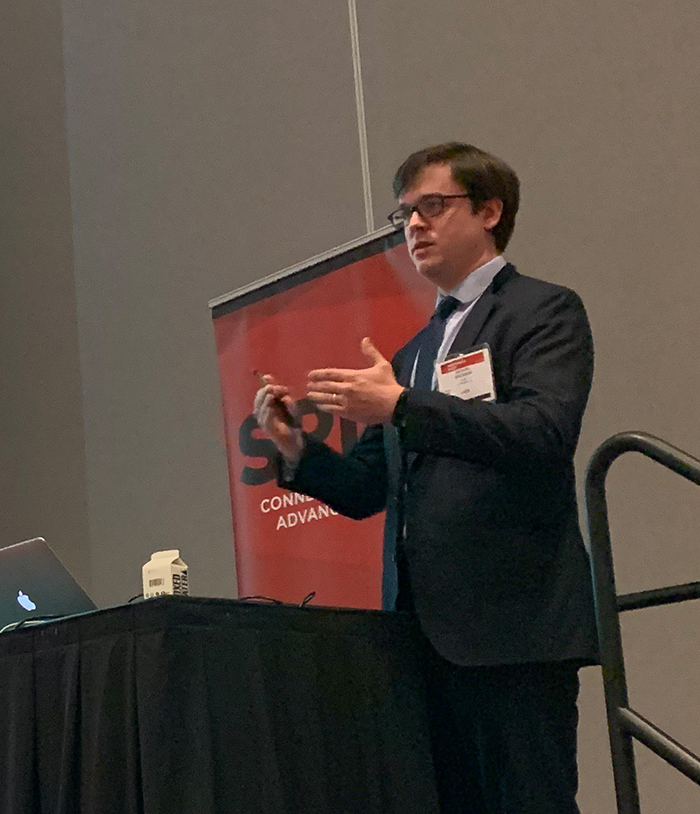 Handler described the recent PDS improvements to spectrometers, calorimeters, and higher-resolution cameras, including the addition of the Icarus instrument.

“PDS is an enabling multi-instrument station for laser physics experiments,” Handler said. “It dramatically enhances our understanding of NIF’s ultimate performance beyond what is possible with routine operations diagnostics.”

So far, Icarus has been used to capture target physics measurements on the Sandia Z Machine, at LLE’s Omega Laser Facility, and in NIF target diagnostics. Now it is used to acquire time-resolved high spatial resolutions of the beam profiles themselves during ignition-type shots at NIF.

“This is the first time to our knowledge that we are doing spatial-temporal characterizations of fusion-class laser beams,” Di Nicola said. “We were able to uncover the fact that the beam changes its spatial shape throughout the pulse at 17 kilojoules over 17 nanoseconds. Within that duration, the beam that starts fairly flat develops some nonlinear edge intensification at the back end of the pulse.”

He compared Icarus to the effect 19th century photographer Eadweard Muybridge achieved when he took historic photographic snapshots of a horse running on a Palo Alto racetrack to prove the theory that all four hooves came off the ground simultaneously at some point in its gallop.

“Every time we are using this Icarus detector, it’s like a high-speed camera deconstructing the motion of a horse, but here the horse is a laser beam,” Di Nicola said. “We’re taking pictures of the beam that is running at the speed of light.”

Erickson’s presentation centered on direct, spatially-resolved B-integral measurements, using wavefront diagnostic instruments that are placed in various stages—including in the PDS—as the IR laser beam is amplified from about 1 billionth of a joule to about 20 thousand joules on its way to the Target Chamber. The nonlinear accumulated phase pushback is responsible for an additional local beam curvature that arises when steep irradiance gradients are present.

“It’s extremely important to understand this effect to be able to hopefully eventually mitigate it and achieve higher powers and energies,” Erickson said. “To our knowledge, it is the first time that such spatially-resolved measurement is performed throughout the entire architecture of a laser chain.”