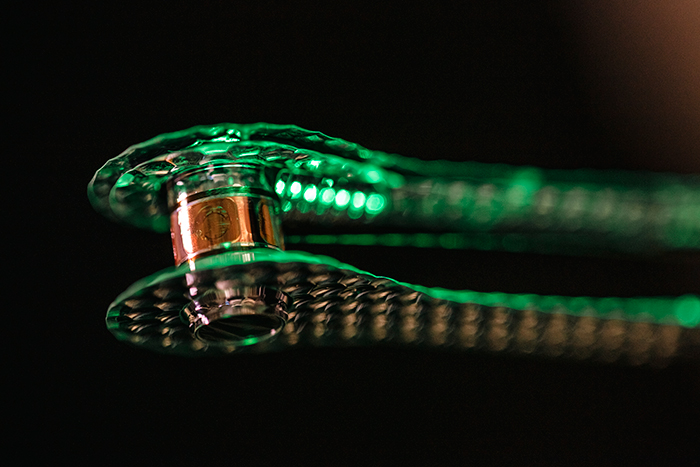 After decades of fusion research, a burning plasma state was achieved for the first time in a laboratory experiment in November 2020 and February 2021 at NIF, the world’s most energetic laser.

Obtaining a burning plasma is a critical step toward self-sustaining fusion energy. A burning plasma is one in which the fusion reactions themselves are the primary source of heating in the plasma, which is necessary to sustain and propagate the burn to enable high energy gain.

The work is detailed in the cover article in the Jan. 27 issue of Nature titled, “Burning plasma achieved in inertial fusion.” LLNL physicists Alex Zylstra and Omar Hurricane served as lead authors.

“In this paper, we show that those experiments entered into what we call the burning plasma regime for the first time in the laboratory,” Zylstra said. “A burning plasma is one in which the fusion reactions provide most of the plasma heating.”

NIF’s 192 lasers tightly focus on a tiny fuel capsule suspended inside a cylindrical x-ray oven called a hohlraum. The heat from the x rays blow off, or ablate, the surface of the target fuel capsule containing deuterium and tritium. The capsule surface implodes, compressing and heating the deuterium-tritium fuel until the hydrogen atoms fuse, releasing neutrons and other forms of energy (see “How NIF Works”).

This graphic shows a typical indirect-drive target configuration. In the center graphic, laser beams (blue) enter the hohlraum through laser entrance holes at various angles. At top left, a schematic pie diagram shows the radial distribution and dimensions of materials in diamond (high-density carbon or HDC) ablator implosions. At bottom left, the temporal laser power pulse-shape (blue) and associated hohlraum radiation temperature (green) are shown. At right, at the center of the hohlraum, the capsule is bathed in x-rays, which ablate the outer surface of the capsule. The pressure generated implodes the capsule, compressing and heating the fusion fuel.

“Fusion experiments over decades have produced fusion reactions using large amounts of ‘external’ heating to get the plasma hot,” Zylstra said. “Now, for the first time, we have a system where the fusion itself is providing most of the heating. This is a key milestone on the way to even higher levels of fusion performance.”

Getting fusion to work requires getting the power balance in the fuel right—there are always mechanisms that cause the plasma to lose energy, while fusion and the implosion’s compression heat the plasma. 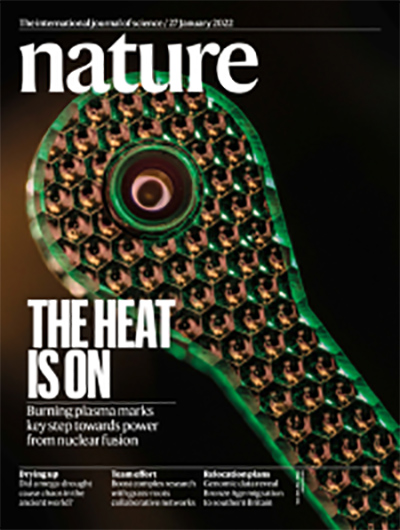 Fusion is a highly non-linear process and, in this regime, researchers now have the opportunity to rapidly increase performance—in fact, this burning plasma work was a key stepping stone to the 1.3 MJ yield produced on Aug. 8, 2021. Generating these burning plasmas on NIF enables novel stewardship science experiments on both the burn physics and stockpile applications using the higher yield.

Designing and conducting these experiments was the work of a huge multidisciplinary team, with more than 150 coauthors on this publication from LLNL and partner institutions. Confirming that researchers had actually entered the burning plasma regime required using some inferred metrics, where a combination of measured quantities was used from several key NIF diagnostics and models to infer the energy balance in the fusion fuel (see “Models and Simulations Help Map NIF’s Path to Ignition”). This work was largely done by a working group that analyzed the ‘hot spot,’ with conclusions validated by another working group of scientists at the Lab.

Reflecting the team effort, additional papers have been published or are coming soon on these burning plasma experiments. A companion paper by lead authors Annie Kritcher and Chris Young was published in Nature Physics on Jan. 26. The paper, “Design of inertial fusion implosions reaching the burning plasma regime,” describes the experimental design work that led to these results.

Further analysis of the experiments has been submitted for publication in a paper led by authors Steven Ross, Joe Ralph, and Alex Zylstra.