A Look Back: NIF’s Dedication Ceremonies 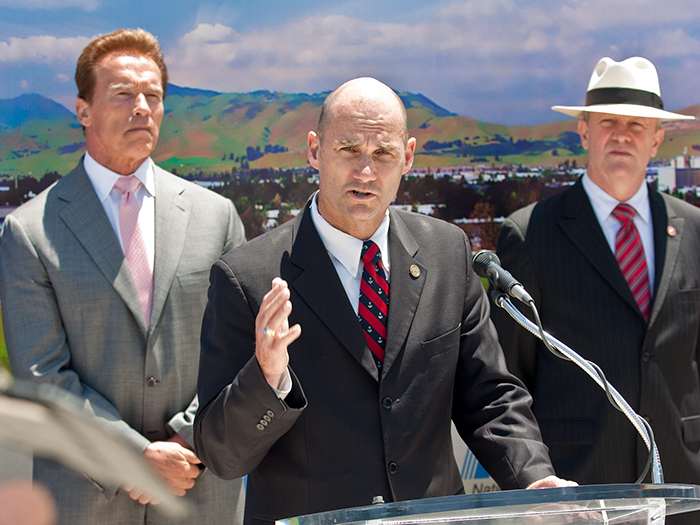 NIF’s dedication ceremonies on May 29, 2009, opened a new chapter in the story of the world’s most energetic laser system. In the decade that has followed, NIF stayed true to the mission outlined that day by then-National Nuclear Security Administration (NNSA) Administrator Tom D’Agostino.

“This is a great day for science. However, it’s also a great day for national security,” D’Agostino said during his speech to a crowd of thousands of people who turned out on a sunny day for the ceremonies.

“In the hands of skilled scientists, this facility will contribute to our national security by helping ensure the safety and reliability of our nuclear deterrent,” he said. “But it will also do this while advancing the skills needed to address emerging national nuclear security needs.”

He said NIF would develop what he called “a varsity science team” that the country needed to address “very dynamic and changing 21st century” nuclear and global security challenges.

“In this business, the junior varsity team is just not good enough,” he said.

The dedication took place 12 years to the day from NIF’s groundbreaking ceremonies in 1997.

Here’s a look back at photos culled from LLNL’s archives of the festivities, which included tours for friends and family that weekend, and the full video of D’Agostino’s speech: 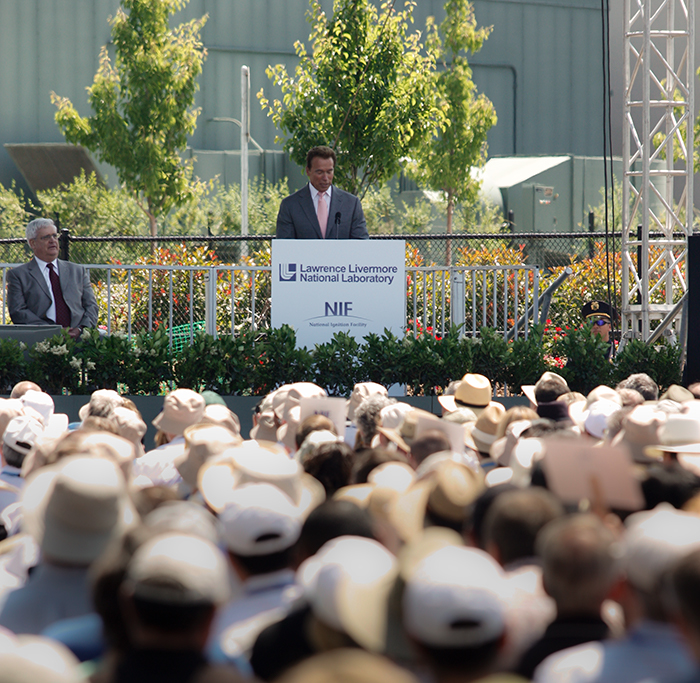 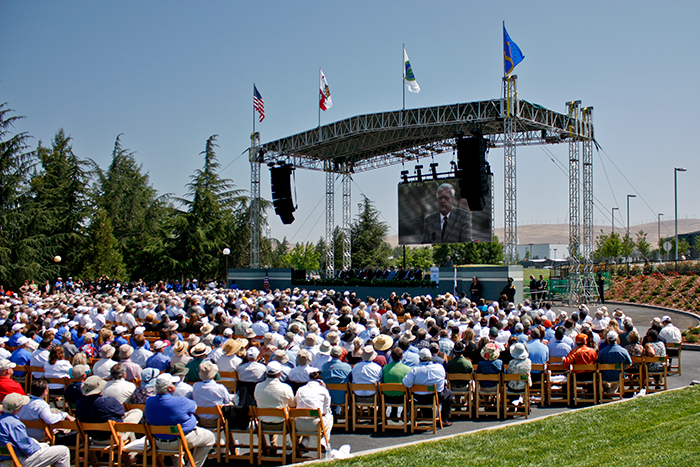 The large crowd enjoys the festivities on a sunny day. Other speakers included UC President Mark Yudof, LLNS Board of Governors Chairman Norm Pattiz, and Department of Energy Undersecretary of Science Steve Koonin. 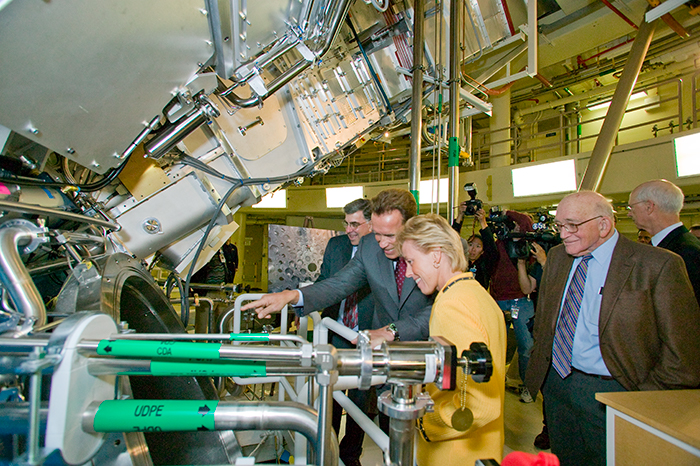 Gov. Schwarzenegger and other dignitaries get a close-up look at NIF. 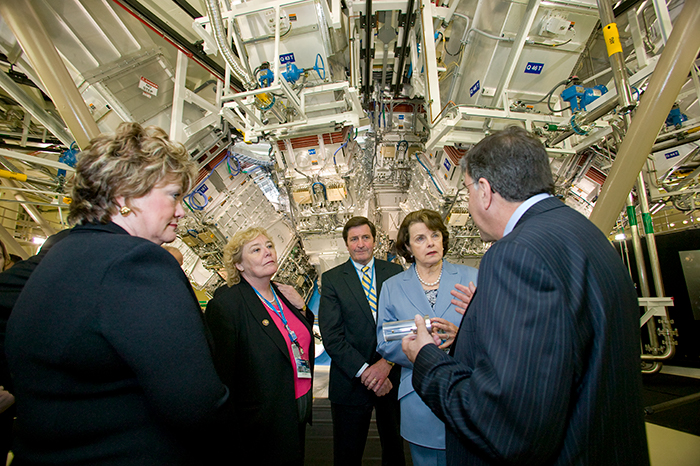 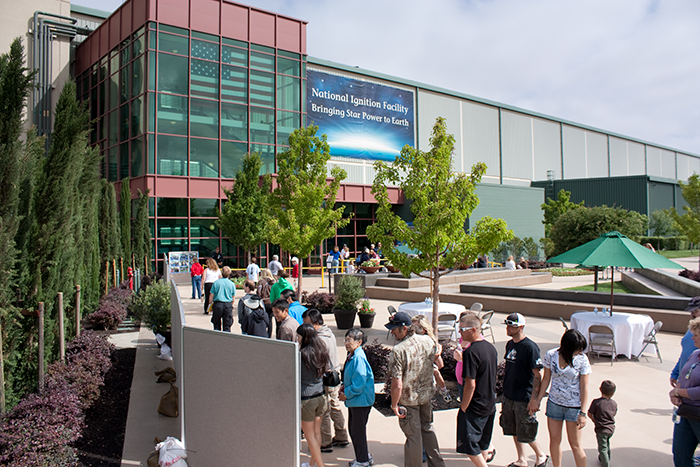 Visitors line up for tours of NIF. 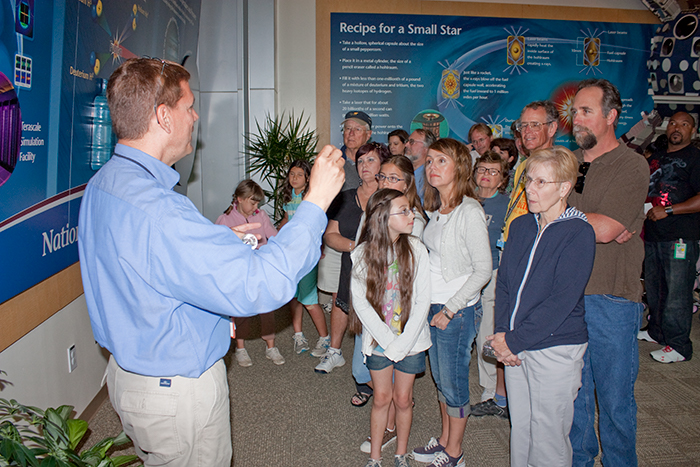 NIF visitors start their tour in the lobby.