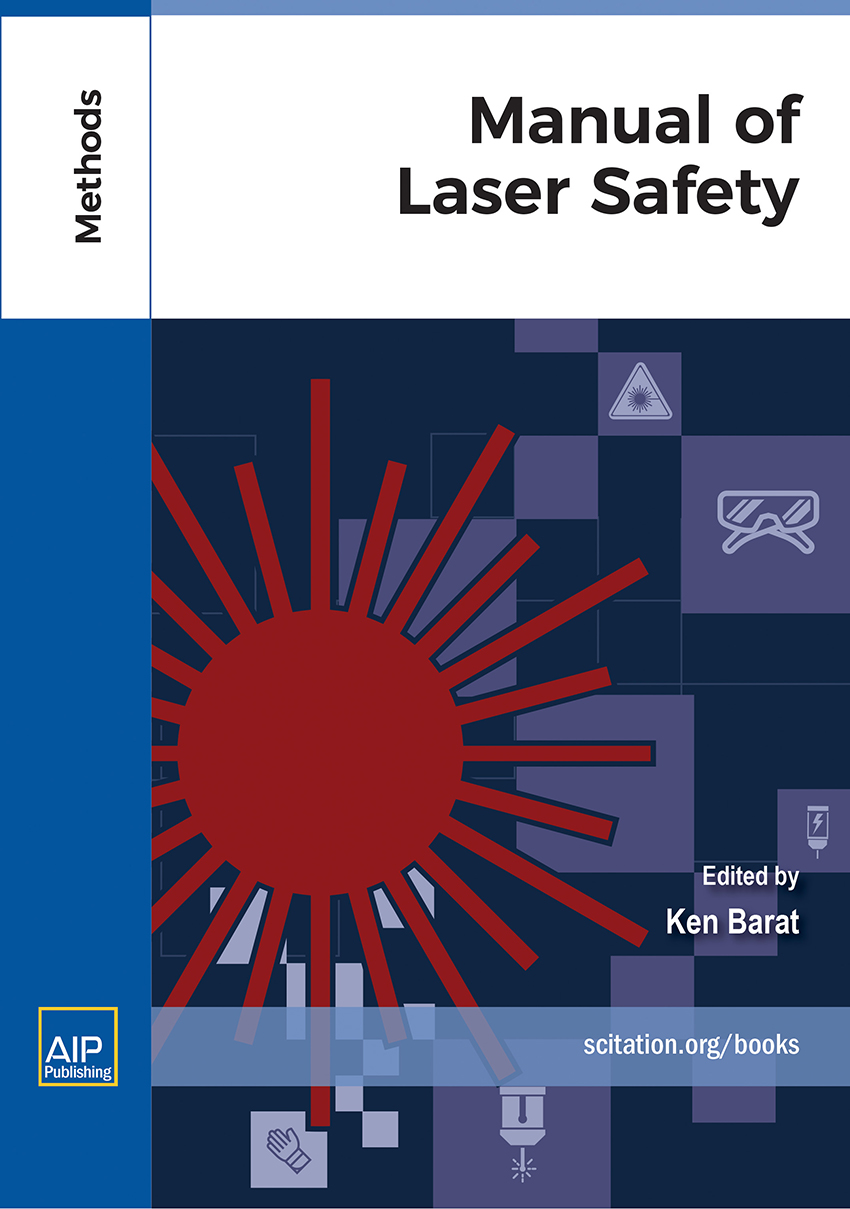 The cover of Manual of Laser Safety.

Laser industry expert Michael Shirk, a former LLNL engineer, wrote another chapter, while the book itself was edited by Ken Barat, who recruited King to become his successor as NIF’s laser safety officer.

“We’re known for being on the cutting edge of laser use, so we do get that acknowledgement and respect from the outside that we’re dealing with this stuff every day,” King said.

The 176-page book is meant as a “clear and concise guide” to the latest best practices, regulations, and standards for anyone who works with lasers of all classifications.

AIP Publishing approached Barat, a CLSO who was the NIF LSO from 2002 to 2006, about writing such a book last year. Barat decided he wanted to also include a variety of experts to write individual chapters to create a unique, authoritative guide for anyone working with lasers, particularly research and development scientists in academia and industry.

“I didn’t want to regurgitate the same basic stuff you find in just about every laser safety book,” said Barat, who served as LSO at Lawrence Berkeley National Laboratory for 10 years before and 10 years after his stint at NIF. “The goal was to make a book that stood out and would have useful information for users primarily in a research setting.”

He asked King to write a chapter about VHP lasers, defined as ultrashort pulsed lasers with a 1 picosecond (1 trillionth of a second) or less pulse length and peak power in the hundreds of terawatts range (1 terawatt = 1 trillion watts). NIF, the world’s largest and most energetic laser, is capable of 500 trillion watts of peak power. In addition, a continuous wave laser with an average output power in the tens of kilowatts and above would qualify as a VHP.

“When I thought about high power systems, Jamie is one of the few people who had real experience in it,” Barat said.

Since the first working laser was demonstrated in 1960, the public has grown comfortable with lasers, which have become commonplace for applications ranging from supermarket checkout stands to eye surgery. But a growing number of relatively inexpensive, commercially available high-power lasers are appearing in “mom and pop welding shops and in universities, and there’s no real safety guidance that goes with them,” King said.

King has long advocated for higher laser industry safety standards. He wants to make sure those who operate them develop a healthy respect for their power and the potential danger of beams capable of “cutting off digits on your hands or burning holes through your skin.

“There’s that fine line between being very afraid and respect,” King said. “I’d like them to be a little afraid and have respect for it rather than being a cowboy, not afraid of anything, or the ones who are very, very afraid and they don’t want to do anything.

“We want to be able to do this cutting edge research and do it safely,” he added. 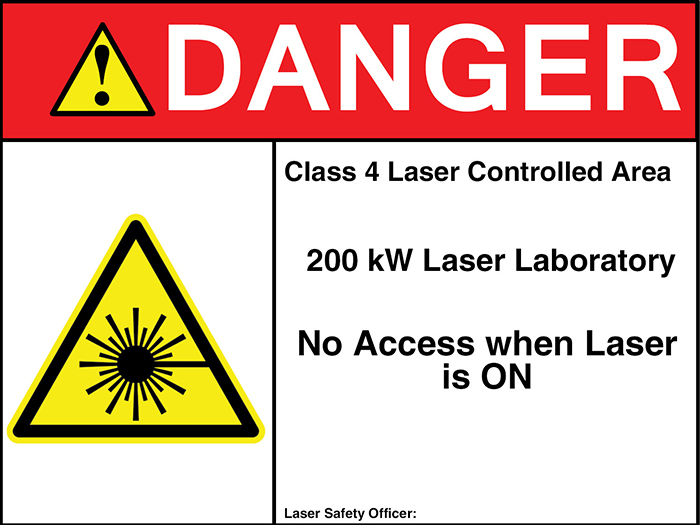 For the book, King wanted to go beyond the minimum industry standards and regulations found elsewhere to get high-power laser operators to analyze whether they have considered all potential hazards, both to life and equipment.

“In many cases, the laser user will be oblivious to the dangers that a high irradiance/energetic beam may present to them,” he wrote. “They are simply more focused on the science of the project.”

King sought to use analogies that would resonate with VHP laser users. For example, laser strength used to be measured as “gillettes,” signifying in the number of razor blades a beam could burn through. For the book, though, he used a more real-world analogy for considering the types of walls and barriers used in a laser room.

Standard gypsum board walls would not be able to protect people standing on the other side because a stray 5 kilowatt per square centimeter infrared beam could burn through that drywall in less than one second. Tests have shown a hybrid wall of gypsum and graphite sandwiched together could resist that same intensity beam for at least 10 seconds.

The chapter recommends a formal analysis of every engineering, administrative, and procedural control to identify potential points of failure and their effects, including how workers access a laser lab and whether control-board dials make it too easy to go from low to high power.

One recommendation was to eliminate the use of black paint on walls and floors, a condition found in older laser labs because they were thought to not reflect as much light. Not only did that lead to a false sense of security, but also to a “pack rat” mentality that adds potential tripping hazards.

“Some of the safest and most functional lab spaces being built are painted white,” King wrote. “The reason for this is the room is generally brightly illuminated, and bad housekeeping is immediately noticeable.”

Barat also called on laser industry expert Michael Shirk, a LLNL engineer from 2000 to 2008, for a chapter on safely designing and using vertically mounted platforms, called breadboards, above the main horizontal laser table for purposes such as prototyping and testing. The chapter examines how vertical breadboards could place beams at a dangerous eye level, and recommends users wear proper protective gear while using equipment and training techniques designed to reduce risks.

Barat, now a part-time laser safety consultant, wrote chapters on lasers and microscopes, performing a safety audit, examining the laser table and mounts for potential problems, and a roundup of best practices.

For fun, he also threw in contest, listing 29 takeoffs on popular songs titles and lyrics “with a laser twist,” including:

The book doesn’t include the answers to the real songs, but Barat invites readers to email him with their guesses.

Manual of Laser Safety is available in print and digital form.