Roth, a distinguished professor of physics at the Institut für Kernphysik, TU-Darmstadt, Germany, explained that neutron sources are changing as old reactors and spallation sources are being phased out. At the same time, neutron applications are growing rapidly.

“The 2018 Nobel Prize was awarded for essentially ‘tools made out of light.’ That is exactly what we want to do,” Roth said. “We want to use these upcoming, high intensity, high rep rate lasers to do something useful for society.” 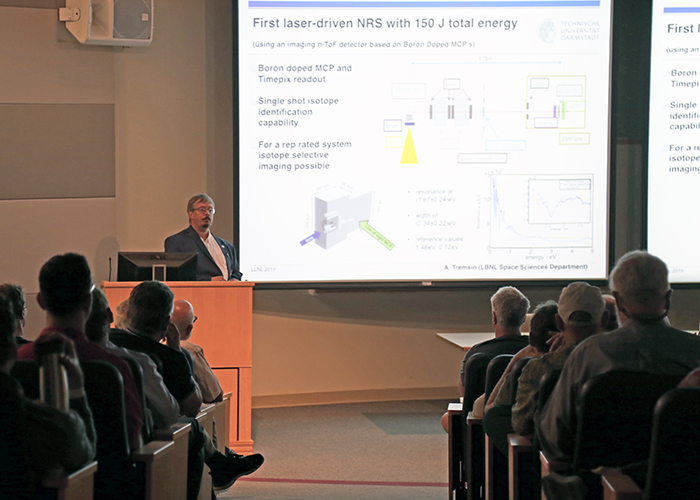 The event was co-sponsored by the Office of the Deputy Director for Science and Technology and the NIF & Photon Science Principal Directorate.

“I’m happy to be back where it all began,” Roth said as he began his talk. “My entire career as a young postdoc started exactly 20 years ago here at the Lab. A few of my components I built were eventually put into NIF, so every time a shot is fired I have a feeling that I contributed a little bit.”

In explaining the importance of neutrons, Roth referenced a quote from Nobel Laureate Clifford Shull: “Neutrons are a special gift to science because they tell us where the atoms are and how they move.”

Roth identified the High-Repetition-Rate Advanced Petawatt Laser System (HAPLS), which LLNL developed and installed at the ELI Beamlines Research Center in the Czech Republic in 2018, as one of the upcoming laser systems that are above 100 terawatts. 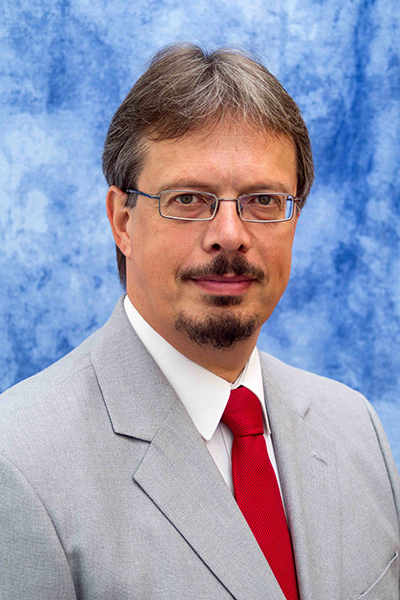 The LDNS that Roth envisions could produce peak neutron flux above 1015 neutrons per shot and a 20 Hz repetition rate. One potential application for an LDNS of that power and energy is a mobile source for fuel rod testing, which was presented at the IAEA General Conference in September.

“We could take the tomography of an unknown, highly radioactive object through lead and determine the amount of uranium 235 and 238, plutonium, and lead,” Roth said. “But there is more. Another potential application is dynamic material research into high energy states like impact scenarios of planetary core material. This technology also has verification applications - it could also be used to remotely measure enrichment levels beyond shielding.”

In addition to nuclear safeguards, nuclear waste management, and nuclear stockpile maintenance, such a system could also have applications in civil engineering, designer materials, and isotopic manufacturing. Companies like General Atomics and Smiths Detection have expressed interest.

“Such a laser driven neutron source could hold enormous potential for industrial, societal, and security applications. The advantages could be higher neutron energies, unique practice, ultra-short pulse duration, a very compact, flexible facility with reduced shielding, and versatility,” he said.

“To harvest this new field, we need the rep rates, we need the new laser technologies. We need to leverage and bring together many strengths and innovations like laser technology, rep rate technology, machine learning, and nuclear detector technology — all areas of expertise for LLNL — while simultaneously opening new forefronts in science,” he said.