They’re known as “failed stars”—free-floating cosmic also-rans called brown dwarfs that are bigger than giant planets like Jupiter, but lack enough mass to achieve the core densities and pressures needed to ignite or sustain fusion reactions.

First theorized in the 1960s, brown dwarfs were not discovered until the 1990s because the near-infrared light they emit is extremely faint. Recent observations by powerful near-IR imaging surveys and adaptive optics cameras, however, indicate that there could be 100 billion or more brown dwarfs in the Milky Way galaxy alone. 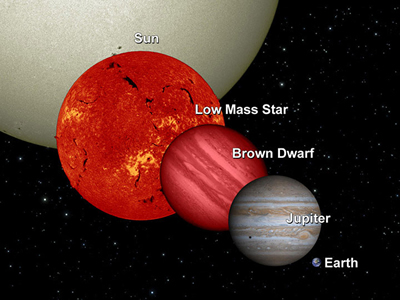 Most brown dwarfs are only slightly larger (10 to 15 percent) than Jupiter but much more massive due to their greater density. The Sun in the image is smaller than actual scale. Credit: NASA

“Brown dwarfs are the piece between giant planets and stars,” said Ronald Redmer, professor for statistical physics at the University of Rostock in Germany. Redmer is the principal investigator for a multi-institution NIF Discovery Science campaign aimed at solving some of the mysteries of these once-elusive celestial objects.

Like stars, brown dwarfs “are formed out of big molecular clouds due to accretion,” Redmer said. “In order to form a star, we need a mass of about 75 Jupiter masses to ensure that the nuclear reaction rates start.” In the mass range between about 13 and 75 Jupiter masses, the objects are too small to become stars.

“With increasing mass in the range from 13 to 75 Jupiter masses, the size of the object does not increase,” Redmer said. “It just gets denser and denser and denser.” Some brown dwarfs are believed to have core densities of up to 20 times the density of gold.

“The fundamental properties of the matter inside brown dwarfs are really specific—degenerate electron gas with ions (charged particles) submerged in it,” Redmer said. Electron degeneracy is the force that resists compression when electrons are squeezed into smaller and smaller spaces. “In order to study that, there’s only one machine in the world, and that’s NIF,” he said, “so we can only study those objects—at least their interior—by using NIF.” 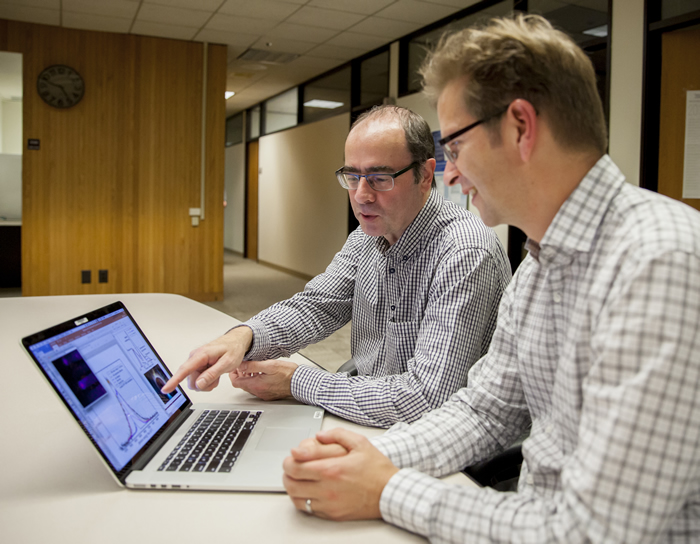 While studying brown dwarfs can help shed light on the formation and properties of planets and stars, their origin and makeup also present a number of other intriguing questions for astrophysicists—such as whether they can conduct electricity, a key to determining if they could generate planet-like magnetic fields.

On Nov. 8 and 9, three experiments in the NIF Brown Dwarf Campaign used collective x-ray Thomson scattering (XRTS) spectra to infer conductivity in conditions relevant both to brown dwarfs and to NIF inertial confinement fusion implosions. Experiments at NIF and other laser facilities have shown that XRTS is a robust and flexible diagnostic capability for determining temperature, density, and ionization state over a wide range of plasma conditions.

NIF’s high-energy lasers compressed indirect-drive beryllium targets with no gas fill to extreme densities of about 40 grams per cubic centimeter, comparable to the density in the outer layers of a brown dwarf. A zinc x-ray source, or backlighter, probed the implosions and the resulting XRTS spectra were measured by NIF’s Mono Angle Crystal Spectrometer (MACS).

“We chose beryllium for this study,” said LLNL’s Tilo Döppner, responsible individual for the NIF shots, “because, as a low-Z (low atomic number) element, it allows the x-ray probe to penetrate even at these high compressions, and it makes it feasible to run state-of-the-art density functional theory calculations at these extreme conditions.”

“Conductivity is a quantity that has large uncertainty in the models,” Döppner said, “and understanding a brown dwarf’s conductivity is essential to determining if they have magnetic fields. The various models tend to diverge by up to a factor of ten. Getting a better handle on that is very important to understand these plasma conditions.” 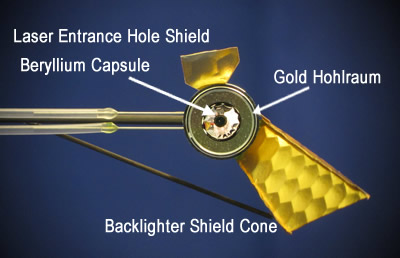 A target used in the November brown dwarf experiments.

The experiments produced “really great data,” as well as a few anxious moments, Döppner said: “Every time you develop a new platform there’s always nervousness and excitement. Will it work? Did we overlook something simple? X-ray Thomson scattering is particularly challenging—it’s very, very low-level signals, and you really have to make sure there’s no other signal coming anywhere from the target.

“So the shot goes off, and there are these two to three minutes until you see the data. You can hardly bear it—you’re starting to get cold sweats. And then you see the picture and there was no background, it’s a clean signal, and then comes relaxation.”

Redmer noted that the experimental data largely agreed with modeled brown dwarf spectra: “What I see from the first quick analysis already shows that the (XRTS) spectrum which was measured can be explained by the simulations,“ he said. “Theory and experiment do not contradict each other, but support each other. That’s a good thing of course, and that gives you confidence for (planning) new experiments—making the next step to even more extreme conditions.” The next experiments in the campaign are scheduled for May of next year.

Döppner credited the “very dedicated” NIF Target Fabrication Team for producing the complex targets for the experiment, as well as the NIF Operations Team for its support during the shots. 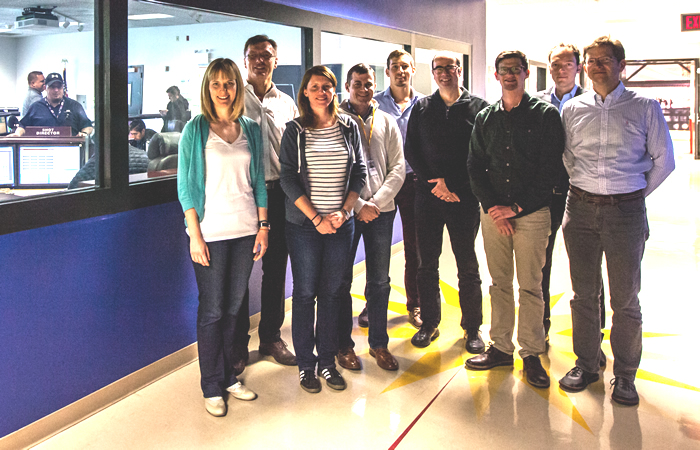