Unlocking the Secrets of Star Creation

On April 1, 1995, the Hubble Space Telescope, now celebrating its 25th anniversary, captured the famous images of the “Pillars of Creation” in the Eagle Nebula. Twenty years later to the day, the NIF Team conducted the first experiment in a new Discovery Science campaign aimed at finding clues to the mystery of how stars are born in these spectacular cosmic formations. 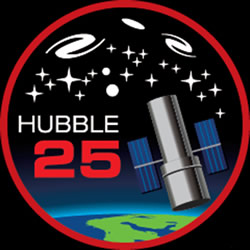 “This project underlines the idea,” said LLNL physicist Jave Kane, “that the human intellect can use mathematical equations, computer codes, and millimeter-size objects that last nanoseconds in a laboratory to study parsec (trillions of mile)-scale objects thousands of light years distant that last for hundreds of thousands of years—yet evolve by the same physical laws as those on Earth.”

The NIF experiment will investigate the origin and dynamics of pillar formation at the boundaries of HII regions (star-forming molecular hydrogen clouds) in the presence of a process called ablative stabilization, which prevents the growth of traditional Rayleigh-Taylor hydrodynamic instability pillars that are well-known in the context of inertial confinement fusion. The laser is fired at a novel target configuration nicknamed “TriStar”—three hollow tubes (hohlraums) joined together—that mimics the cluster of bright massive stars illuminating the Eagle Nebula.

In the experiment’s first shot, designed to study target debris and the performance of the three-hohlraum array, the NIF laser fired a 10-nanosecond pulse of ultraviolet light into each of the three hohlraums in sequence; the hohlraums re-radiated the energy as a 30-nanosecond x-ray pulse. The x-rays drove a shock into a layered foam and successfully created a miniature version of a pillar that was imaged using radiography—an unusual level of achievement for the first-ever shot in a new NIF experiment.

The four NIF shots currently scheduled are focused on the “cometary model,” one of several different theories scientists have advanced to explain the physics of pillar formation. The NIF experiment studies whether pillars could form from a dense cloud core, resembling the head of a comet, with vaporized and shocked matter stretched out like a comet’s wispy tail, and also whether more exotic, theorized nonlinear hydrodynamic instabilities could play a role.

The long-duration multi-hohlraum x-ray source concept was successfully tested over the last two years on the OMEGA EP Laser System at the University of Rochester. The NIF shots are being performed using larger targets and 20 times the energy used at OMEGA EP.

The new source is being used to illuminate a NIF Eagle science package with directional radiation mimicking a cluster of stars. NIF is the only facility that can generate an x-ray source that is sufficiently intense, long-lasting and collimated to drive cometary flows and directional instabilities in scaled laboratory experiments, and to permit assessment of models for producing flows that generate pillars.

(Left) The NIF Eagle target showing the “TriStar” drive hohlraums, the layered foam physics package, and the associated radiography backlighter target. (Right) The Eagle science package is “stood off” from the x-ray generating radiation cavities (the hohlraums) so that the target is directionally irradiated by a cluster of stellar-like sources. The hohlraums are driven for 10 nanoseconds each in series, giving a total x-ray output lasting 30 nanoseconds.

Based on the early success at NIF in April, a 60-nanosecond pulse employing a four-hohlraum “QuadStar” source will be attempted on the final day of Eagle shots later in the year.

Kane said the Eagle Nebula project not only provides insights into how pillar structures form in HII regions—and whether an ablatively confined cometary tail is a valid model for pillars—its results could guide new ground-based observations of molecular clouds.

The research also will investigate “the more general area of deeply nonlinear hydrodynamic instabilities in the presence of sustained, highly directional illumination,” he said. “The NIF experiment could also generate exotic instabilities so far seen only in theory and in astrophysical simulations.”

Joining Kane for the experiment are LLNL researchers David Martinez, Robert Heeter, Jim Emig, and Russell Wallace; Marc Pound and Mark Wolfire of the University of Maryland; Reny Paglio, Mike Farrell, and Diana Schroen of General Atomics; Alexis Casner and Bruno Villette of the French Alternative Energies and Atomic Energy Commission; and Roberto Mancini of the University of Nevada. University of Rochester participants in the OMEGA experiments were Nick Whiting, Chuck Sorce and Andrew Sorce.