And after achieving that milestone last year, said Becky Butlin, the target fabrication integration manager, the team members kept reaching for even higher standards, rolling out a total of 42 additional process improvements over the last three months. Call them the “Fantastic 42.” 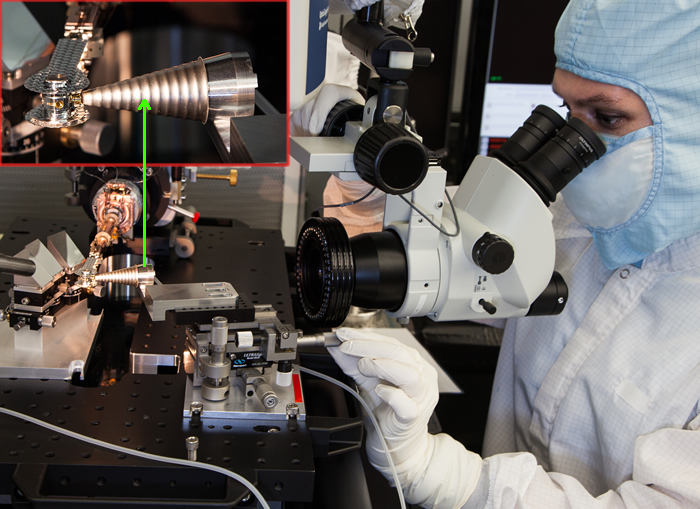 Highlights of the recent process improvements include:

One of the most impressive of the Fantastic 42 process improvements was streamlining the creation of designs and drawings in the material dynamics and strength fabrication systems. Under the leadership of Pascale Di Nicola, the Target Fabrication Process Improvement team reduced drawings and documentation processes dramatically, cutting final assembly time from days to only minutes in some cases:

“Much of what we did came down to automation and preparing parts and associated data ahead of time,” Di Nicola said. “These targets are very complex, with a large number of individual parts to put together, and each of these used to be handled individually in the series, as we were much in the ‘artisan’ phase of that fabrication process.

“Now we’ve started working on them like high-tech Legos in some way,” she said, “working with the Physics team to come up with standardized parts so that we can prepare as much as we can outside of the target fabrication critical path, and then focus only on what really matters for the scientists.”

For the final step, once the shot’s responsible individual comes up with the target’s final definition, “all parts but the final samples are ready, on the shelf, ready to go,” Di Nicola said. “We mostly transposed the strategy that has been successfully developed for cryogenic target fabrication.” 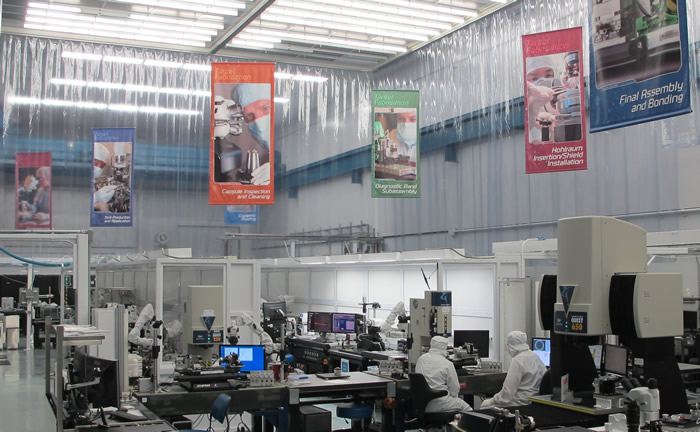 The 3,000-square-foot target fabrication facility in Bldg. 381 is a “class 100” cleanroom, allowing the entire NIF cryo target assembly process to take place in a clean environment. The overhead banners mark the stages in the assembly process.

The Target Fabrication Division’s initial process improvement was achieving the one-a-day target build for cryogenic targets. That ambitious effort was launched in January 2016 and reached completion last August. Butlin emphasized that all the division’s process improvements occurred with team members working their regular jobs while committing to following through to improve and streamline the workflow at the same time.

For the one-a-day campaign, the team focused on evaluating processes critically, Butlin said. For example, “Were we doing extra inspection and measurement steps that were historical and no longer necessary?” They reduced their checklists in what they call “low-overhead assembly,” keeping only the most essential steps in the cryogenic target assembly. In the process they increased production, while working with contractors and suppliers including General Atomics and Luxel to ramp up their pace to keep up with the Laboratory’s.

Before one-a-day, cryo target turnaround was 13.6 a month on average, figuring in holidays and maintenance periods and NIF’s alternate work schedule. Now the team can produce an average of 17.4 cryo targets a month.

“It’s a huge value to the team as a whole,” said Butlin. “We were all overloaded; this gives us better balance, more flexibility, the ability to recover. Everyone had their full-time job, and at the same time, they were getting this (process improvement project) done to make the whole team more efficient.”