When a group of NIF & Photon Science and Physical & Life Sciences employees gathered to discuss ways the two major LLNL directorates could better work together, the flow of creativity was virtually non-stop.

Indeed, that was the idea behind the first-ever NIF&PS-PLS “Idea Day,” a joint workshop aimed at inspiring more scientific and technological research projects between the organizations through this decade.

“There’s a lot of untapped opportunity for collaboration and new types of science exploration that is facilitated by getting these people together in venues like this and just exchanging ideas and brainstorming,” said Michael Schneider, PLS group leader for astronomy and astrophysics analytics. 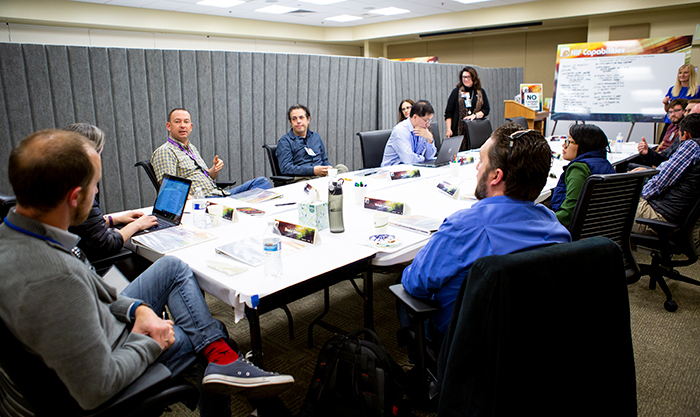 About 46 Lab employees representing a wide variety of disciplines at NIF&PS and PLS were invited to participate in the one-day workshop held in mid-November. The forum came out of a 2018-2019 NIF&PS and PLS Leadership Development Program class that was tasked by PLS Associate Director Glenn Fox and NIF&PS Principal Associate Director Jeff Wisoff to find ways to strengthen existing collaborations and encourage new ones between the directorates.

NIF&PS operates the world’s largest and most energetic laser facility. NIF’s 192 laser beams can create temperatures and pressures similar to those that exist only in the cores of stars and giant planets and inside detonating nuclear weapons. These extreme temperatures and pressures enable unprecedented experiments in high energy density science, particle physics, and x-ray and neutron science.

PLS supports a wide array of research and development in areas that includes earth, atmospheric, and energy science, biology and biotechnology, nuclear and chemical science, materials science, and physics. PLS supplies many staff members to NIF’s research and operates the smaller Jupiter Laser Facility, which is also used by NIF reseachers.

As with any big organization, it’s difficult for employees to keep up with the details of everyone else’s work, especially for those who are outside their own sphere. 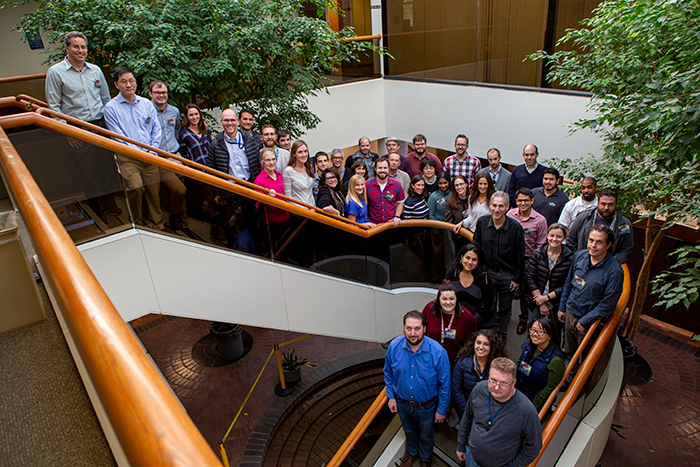 Attendees of the joint NIF&PS/PLS Idea Day take a break during the day-long event.

“The Lab is a big place, there’s so much going on,” Schneider said. “Often it turns out there are existing facilities and projects on site that are directly relevant to someone else’s work or an unsolved problem. And just making that connection is going to be an important step.”

The leadership class chose to initiate an Idea Day, modeled after one held by the Engineering Directorate, to bring together a variety of voices invited from all corners of NIF&PS and PLS.

“We wanted to give people a forum to broach new ideas in a judgment-free environment,” said Emily Link, a NIF laser physicist who works on advanced photon technologies. She was also a member of the leadership development class and participated in Idea Day, which she found successful.

The participants broke up into three smaller groups to discuss NIF’s capabilities, the science shared by PLS and NIF&PS, and the workforce organizations of each. The discussions included topics such as ways to make experiments more efficient and what type of equipment and facilities were available. 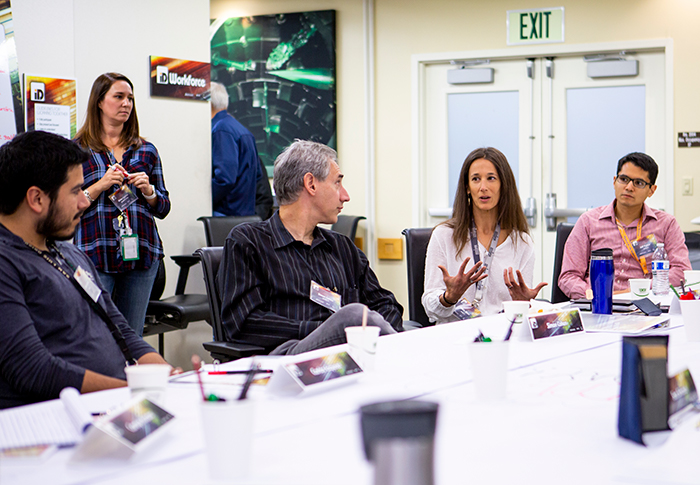 Idea Day participants, like staff scientist Félicie Albert (second from right) talked about workplace issues during one of the day’s three roundtable discussions.

“We identified some exciting opportunities for multi-year or longer-term investments for the kinds of science the Lab would want to do in five to 10 years,” Schneider said. One of the major themes that emerged from the group was the desire to focus more attention on clean energy research.

Moreover, the participants found they had a common goal.

“The number one thing we learned was that we want and need more communication between PLS and NIF,” said Schneider.

Link came away from the day with a better understanding of what’s going on both at NIF&PS and at PLS.

“As someone who is in NIF & Photon Science who doesn’t actually work on NIF, I don’t always hear a lot about what’s actually going on at NIF and what capabilities are really there. And the same goes for PLS,” she said. “These sorts of activities allow me to talk to people who actually work in those environments and find out what they’re doing and what their interested in. The impact is going to be huge for everybody.” 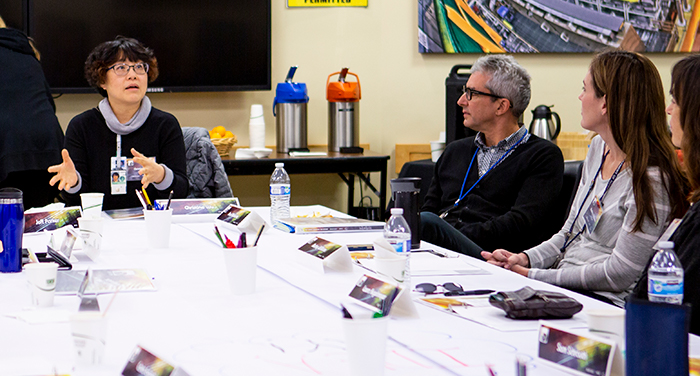 “I got the chance to hear from a lot of people who work in various parts of NIF that I hadn’t really been exposed to before,” he said. “Hearing what their interests and concerns are gave me some insight into the organization that I hadn’t previously had. It gave me an opportunity to interact with them on a deeper level.”

Weisz said discussions about more efficient collaborations was “one of the most valuable things that I took away” from the event.

“People wanted to collaborate, they wanted to make connections, and it sounded like some of the solutions that were being discussed could make that happen,” he said. “And that would be good for everyone.”

Idea Day was just the first step in a planning process that will benefit NIF and PLS far into the decade. Wisoff, Fox, and other senior managers will meet with the leadership class to discuss the ideas and the appropriate next steps.

“It was a productive day and we look forward to the meeting so we can consider all the great ideas put forth,” Wisoff said.

Fox noted an additional benefit for the event’s organizers.

“In addition to the exciting science that was discussed at Idea Day, the joint PLS/NIF Emerging Leader class is an opportunity for the participants to increase their connections across the Laboratory,” Fox said. “In my experience, these relationships are both personally and professionally rewarding and can last entire careers.” 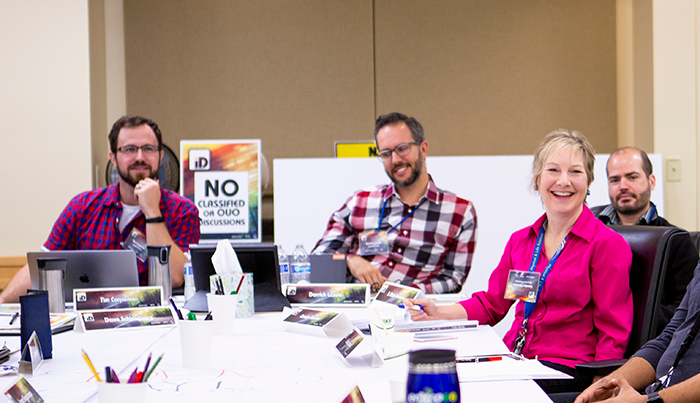