An LLNL team of physicists and target engineers has reached an important goal with a new technique for electroplating copper and gold to create tiny, smoothly spherical inertial confinement fusion (ICF) target shells.

The target designers engineered a method that electroplates a 1.5-millimeter plastic capsule as it bobs up and down on alternating streams of liquid inside a cage. 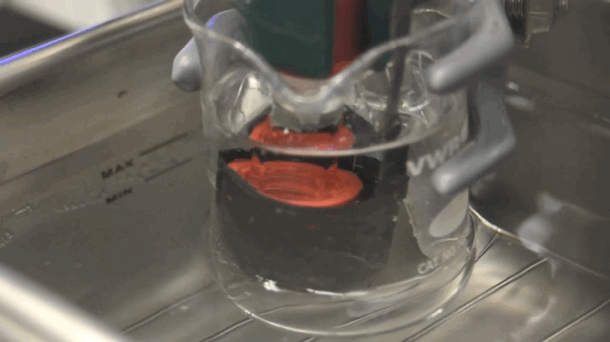 A tiny target capsule (the nearly invisible white dot in the middle) is electroplated inside a red cage. Credit: Corie Horwood

“We think we have a path toward making these shells,” Stadermann said. “We’ve crossed an important hurdle by showing this is possible.”

The team had to be persistent to overcome several twists and turns over the years before finding the right combination. The effort started in late 2015 with a renewed push toward double-shell ICF experiments at NIF, the largest and most energetic laser ever built.

The 192-laser facility’s primary mission supports the nation’s Stockpile Stewardship Program, including research into generating the type of fusion energy produced by the sun. Experiments involve a target shell placed inside a cylindrical x-ray oven called a hohlraum. The lasers generate x-ray heat that blows off the target’s surface and compresses the deuterium and tritium hydrogen fuel atoms inside with enough pressure that they fuse. 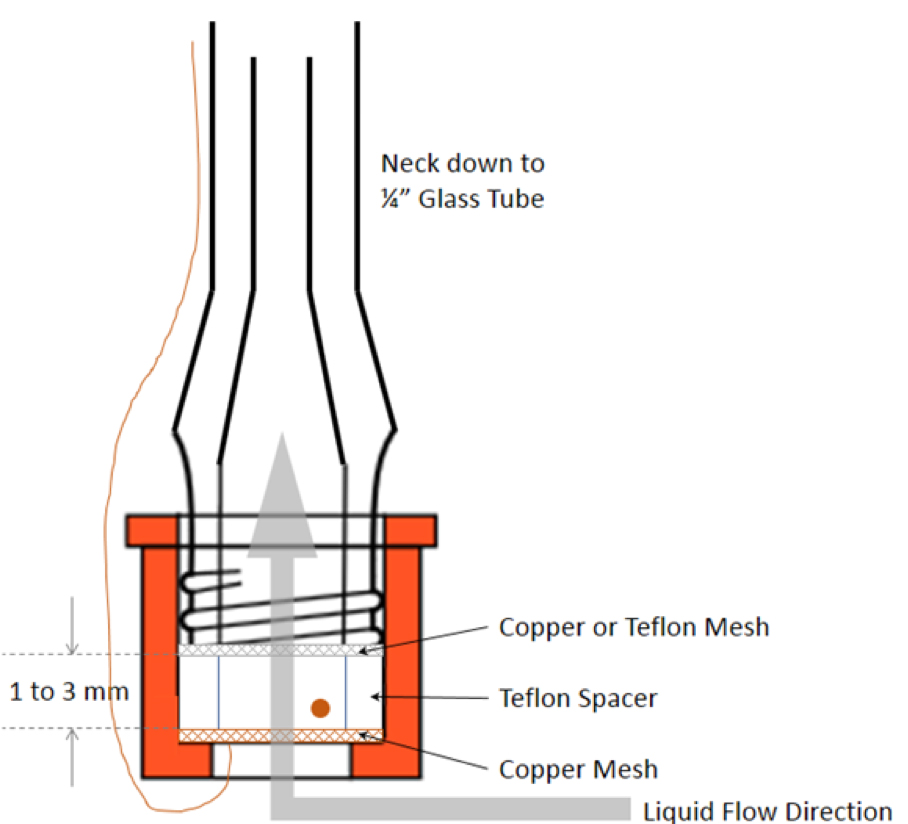 Diagram of the red cage shows a target shell (red dot) between layers of copper mesh that electroplate it with a high-Z material. Credit: Tom Bunn

With double-shell targets, a capsule made from a high-Z material is placed inside a second larger capsule, made from lighter low-Z material like beryllium or aluminum, with a layer of low-density foam in between. Lasers generate x-ray heat, causing the outer capsule to implode into the inner shell containing the deuterium and tritium mix. The resulting shock compresses the inner shell to generate the fusion reaction needed for energy-producing ignition.

One major roadblock was the need to create inner shells with a high-Z material without also creating surface imperfections that would inhibit fusion. The shell starts out as a small plastic mandrel that is coated over with material, with the plastic later etched out. For double-shell experiments, scientists sought shells using copper and gold, including shells that would start with pure copper on the outside and gradually become pure gold on the inside.

Traditional methods like sputter coating, however — used on materials like beryllium — didn’t work as well for high-Z metals in the way NIF scientists needed. 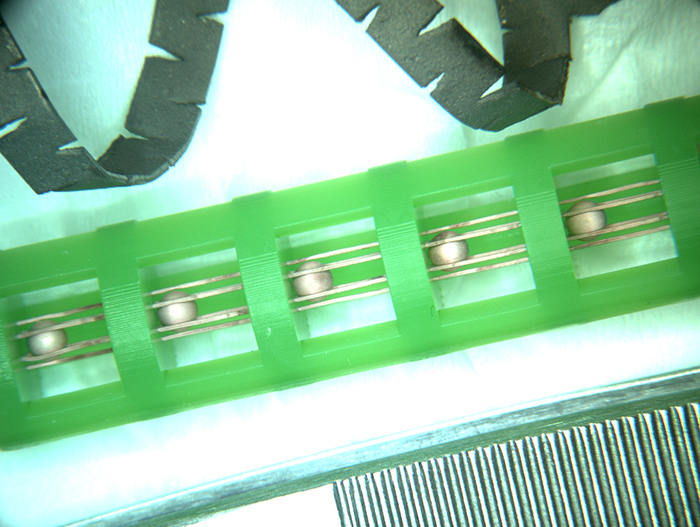 The team did learn to electroplate gold or copper using different voltage levels to compensate for the different chemical properties. They would start with a lower voltage, which caused gold to deposit but not copper, then ramp up the voltage to levels that caused the copper to deposit as well, thus creating a controlled gradient by changing the voltage.

Standard electroplating methods proved tricky, however, because the point where the electrode wire that normally remains in contact with the shell would leave a flaw that couldn’t be sufficiently polished away to avoid affecting ignition. Perturbations on the shell degrade NIF’s implosion performance, so targets have to start out as free from defects as possible.

The team then began testing ways to create a more free-standing electroplating process, with the shell touching the electrode long enough to initiate coating, but not remaining in permanent contact to avoid creating a perturbation, Stadermann said.

Using a pump, they were able to constantly bump the shell between two electric contact points. But they found hard bumping was breaking off a conductive  adhesion layer — called a strike layer — used to start the electroplating process. So they went to a gentler pump, which pushed the mandrel away from the electrode at the top of a tube to the bottom. The mandrel would then naturally rise using buoyancy created by the air inside.

Adjusting the force of the pump created a parabolic course for the mandrel, which would help in creating that almost perfect sphere. As it gained more metal material, though, the shell would lose its buoyancy, so the team changed the flow direction once the shell sank to push it back up.

The results have put the team on a good path forward.

“We now have a thrust that allows us to make shells out of gold and even produce metal gradients on these shells without using a fixed contact,” Stadermann said.

The team has tried three main cage iterations, starting with a 3D printed “green cage” with six copper electroplating wires running down the center. The green cage successfully contained the shells while they came in contact with the wires. But the design wouldn’t allow the desired coating thickness or the use of smaller mandrels.

So NIF Target Fabrication Program Manager Abbas Nikroo asked for a simpler design. Research scientist Corie Horwood, then a postdoctoral researcher, came up with a “handsewn cage,” which also became known internally as the “Abbas Cage.”

The simpler design improved the flow of the electroplating reactant solution. Summer intern Neal Bhandarkar became adept at using a needle to hand-stitch filaments of copper into the cage at the exact spacing needed.

The hand-stitching method, however, would be difficult to repeat. The designers experienced an “ah-ha moment” when they realized the wires plated faster than the shell, meaning the sphere would eventually be trapped by the wire cage, Horwood said. While that worked for thinner coatings, the handsewn cage was not good for thicker coatings and didn’t allow plating of multiple spheres simultaneously.

That led to the “red cage” design, by Project Engineer Tom Bunn, which uses a Teflon mesh layer that won’t become electroplated below a copper mesh with wide spacing to provide the needed electrical contacts. The red cage can accommodate several spheres at once while enabling smaller targets to be electroplated.

“Work is still in progress for fine-tuning the processes to give high-Z shells that meet the required NIF specifications, but we have shown that high-Z shell can be plated from all three cages,” Peters said.