An Optical Revolution for X-Ray Imaging

The following is an edited excerpt from an article by Lauren Casonhua in the April 2019 issue of Science & Technology Review. 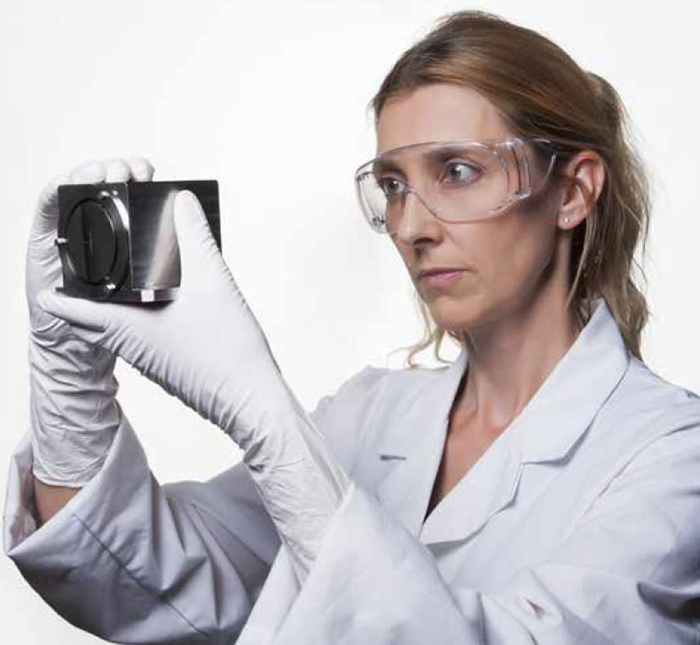 Known as a Wolter x-ray microscope, the optic significantly improves image resolution and throughput compared to conventional imaging systems. The new instrument has been fitted to Sandia’s Z machine—the world’s strongest pulsed-power facility—to help researchers gain a better understanding of the x-ray sources under observation during high energy density experiments at the Z machine and NIF.

Wolter optics were first developed by the German physicist Hans Wolter in the mid-20th century. Characterized by two conical grazing incidence mirrors, the optics reflect x rays at shallow angles, allowing the image of an object under observation to be focused as a sharp image onto a detector.

Originally designed for implementation in x-ray microscopes, the optics were ultimately realized in a more accessible telescope design for applications in astronomy (see “Bringing Space-Based Optics Down to Earth”). However, recent advances in fabrication techniques have allowed the optic to be adapted for microscopes as Wolter initially intended.

Wolter’s innovation—joining together two mirror surfaces with different curvatures—makes the optic’s field of view considerably wider and also suppresses several intrinsic optical effects that degrade the image quality, allowing for a larger margin of error when pointing at an object.

“The Wolter setup provides a sharp image even if the source is not located right on the system’s optical axis,” Vogel says.

Although the geometric design of the Wolter optic largely determines its spatial resolution and field of view, spectral response and throughput (the number of photons that pass through it) can be enhanced by depositing multilayer coatings onto the mirrors’ surfaces.

“The resolution of traditional pinholes can be improved by making them smaller, but that means fewer photons can pass through the aperture,” says Vogel. “Wolter optics decouple these two quantities.” 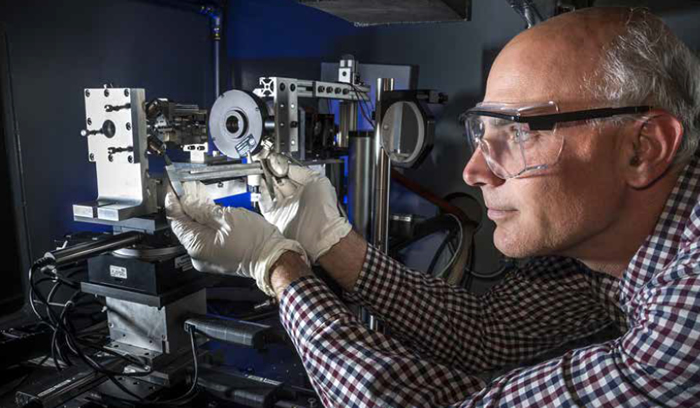 Laboratory physicist Bernie Kozioziemski sets up the Livermore-developed calibration system for testing the performance of the Wolter microscope. During tests, a charge-coupled-device camera records two-dimensional images, while a spectrometer measures the energy and number of x rays produced. Credit: Randy Wong

Vogel and the team eventually plan to integrate the Wolter optic into NIF, where the imaging specifications are much more stringent than for the Z machine—better than 5 micrometers. “A challenge at NIF is detecting hard x rays greater than 50 kiloelectronvolts,” says Louisa Pickworth, leader of the NIF X-ray Measurement and Diagnostic Science group. “Hard x rays tend not to interact with detectors—so many photons must be collected to sense them. We can improve detectors by either making them more sensitive or by channeling more photons their way with more efficient imaging systems.”

The first reflective optics developed for NIF (a Kirkpatrick–Baez microscope) can achieve a spatial resolution better than 5 micrometers, but this system collects fewer photons than a Wolter system would, limiting the highest energies it can view to approximately 13 kiloelectronvolts.

With a Wolter microscope, NIF could achieve the large collection efficiency and spatial resolution needed to image hard x rays. “The ability to look at hard x rays would open experimental schemes that are inaccessible today,” Pickworth says. “This capability could also be coupled with more advanced detector technology under development.”

The team’s efforts for adapting the Wolter microscope to NIF include further fine-tuning the optic fabrication method and the multilayer coating. Pickworth emphasizes the importance of the optic for NIF in a way that only a scientist can. She says, “It will be a transformative technology.”