After an exciting and highly productive 39-year career, NIF Director Doug Larson has retired from the Laboratory.

Larson, a soft-spoken and self-effacing engineer, played key roles in nearly every aspect of the construction and operation of NIF, the world’s largest and highest-energy laser facility—never wavering in his belief that NIF would achieve its goal of ignition.

He served, among many other roles, as NIF facility manager and chief engineer for the NIF & Photon Science (NIF&PS) Directorate. He was named NIF director and NIF&PS principal deputy principal associate director in October 2020. 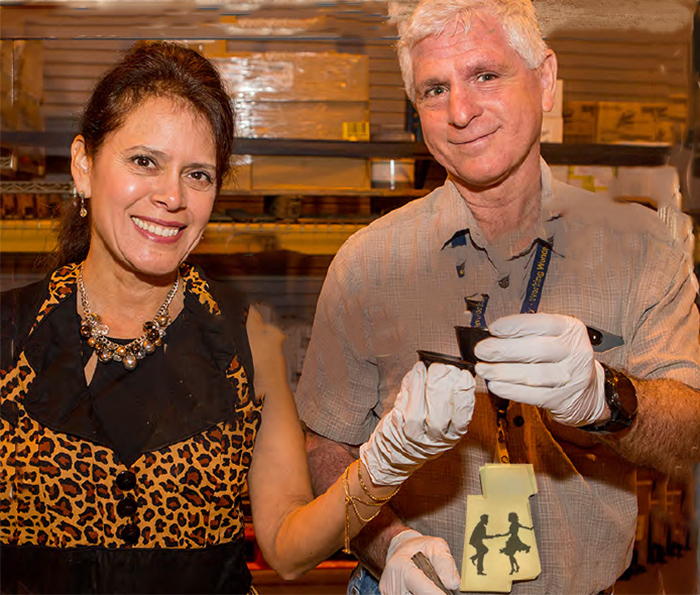 Doug Larson and his wife Corinne, executive assistant to the Laboratory director. Larson retired from LLNL on Nov. 30—just five days before NIF achieved its long-sought goal of ignition.

As he approached retirement, Larson sat down with NIF&PS News to reflect on his years at the Lab and his expectations for NIF’s future role as a lynchpin of the National Nuclear Security Administration’s scienced-based Stockpile Stewardship Program.

“It is such an exciting time,” Larson said. “So why would you leave this place at this time, right? I love my job and I love the machine, the people, the mission. I love all aspects of it. I just need more hours to be with family.”

Larson joined the Lab in August 1983, intending to “spend about three years, get an advanced degree, and then go somewhere else. Coming from New Mexico, I thought how cool it would be to live in California.”

He was hired “because I knew what a streak camera was.” After receiving his bachelor’s degree in electrical engineering from the University of New Mexico, Larson worked part-time at the Air Force Weapons Lab, where he was tasked with repairing a streak camera reclaimed from a salvage yard and taking a picture of a “streamer” in a flashlamp (a streak camera is a device for ultra-high-speed imaging).

“The test program guys said, ‘We do these underground tests and we diagnose and image them with these things called streak cameras.’ And I said, ‘Oh, I know about streak cameras. I just fixed one.’

“They didn’t believe me. I explained to them what it was, and how it worked, what was wrong with it, and what I did to fix it. That sealed the deal. The fact that this kid fresh out of his bachelor’s degree knowing what a streak camera was got me out to California.”

Larson’s first assignment was designing the control system for the electron cyclotron heating system in a project called the Tandem Mirror Experiment Upgrade, part of the Lab’s magnetic fusion program. When the project’s funding dried up in 1984, he joined the Laser Program just as construction of the 10-beam Nova laser, NIF’s predecessor, was nearing completion. 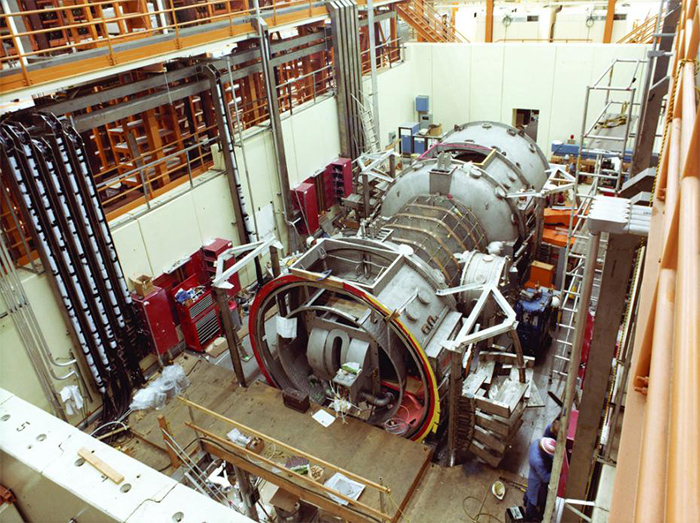 “The pulse-power engineers who had designed and built Nova wanted to work on high-average-power lasers,” Larson said. “None of them wanted to hang around and finish getting (Nova) built and working, so they needed a ‘stuckee.’

“It was very exciting. I don’t think I was quite smart enough to be as terrified as I should have been. 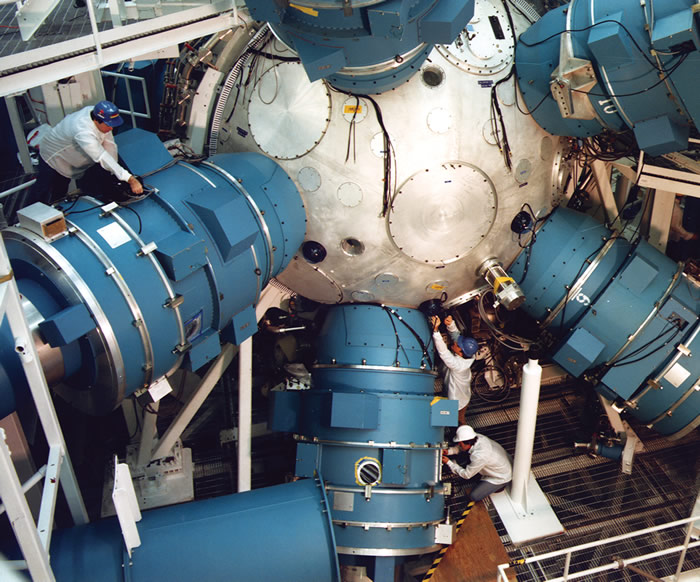 “My job was to make that capacitor bank reliable, and I spent a few years doing that. But at that time, whenever we were building one laser, we were thinking about the next one.

“NIF was an all-consuming project, and there was little time to think about the next generation. The recent exciting results have changed that, though, and now our laser science team is looking at the key components and architectures that would enable the next ICF (inertial confinement fusion) machine capable of very high fusion yields.” 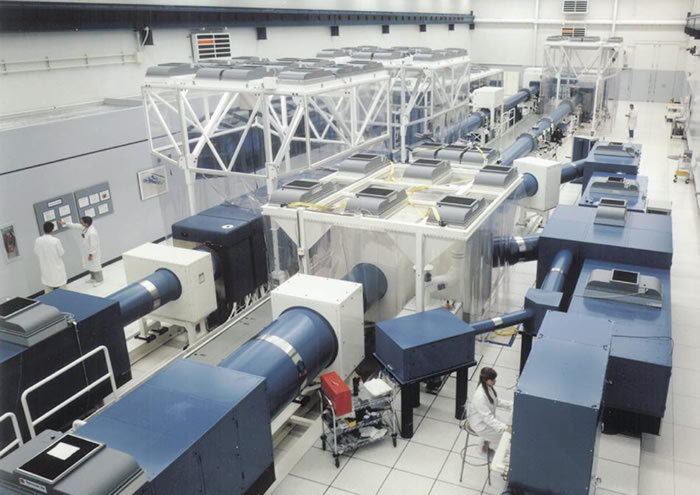 The Beamlet laser tested the design and techniques that would be used on NIF.

After Beamlet, Larson was put in charge of the NIF power conditioning system. He led the R&D program, developing all the system’s components.

Larson noted that keeping NIF funded in the early years was a major challenge.

“Part of getting it funded was getting the other (weapons) labs on board,” he said. “Each lab was to have a role, and it was decided that Sandia (National Laboratories) should build the pulse-power system.

“That was unfortunate from my perspective, because I was looking forward to building it. But then they put me in charge of the overall amplifier, of which the pulse-power system was part. Sandia ended up doing a great job and in the end they worked with Mark Newton at LLNL to deliver the final system.”

Larson was made responsible for NIF’s main laser and then for producing the system’s 6,000-plus line-replaceable units (LRUs), along with Rick Sawicki and Jeff Atherton.

“So we got NIF built,” he said. “We were starting to do experiments, and we (realized we) didn’t have enough diagnostics to understand the results. So Ed (then-NIF Director Ed Moses) asked me if I would go over and lead the diagnostics team. 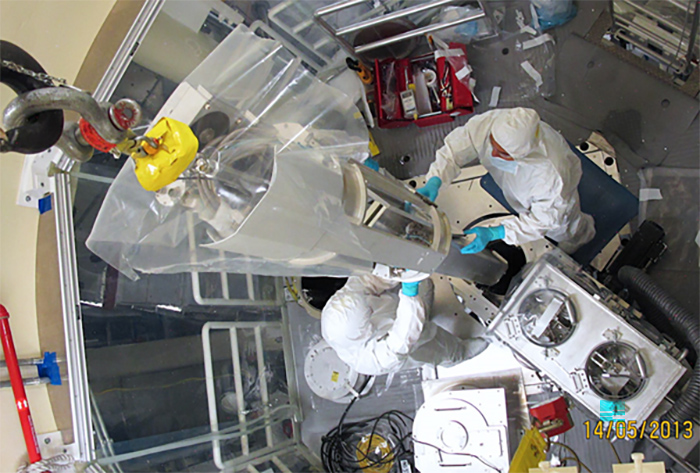 During the National Ignition Campaign that ended in 2012, and for the following decade, NIF fell short of its goal of achieving self-sustaining fusion reactions that produce as much or more energy than the amount of laser energy delivered to the target—the definition of ignition used by the National Academy of Science in a 1997 review of NIF.

As a member of the diagnostics team, Larson said, “my job was to help provide instruments that could provide insights for the physics team about what was and what wasn’t working, and why (see “Pursuing Ignition: A Decade of Progress”).

“That meant a lot of work for the diagnostics folks and a lot of really hard problems—these are not easy measurements to make.

“There was a period where there came to be this sense that NIF was never going to get to ignition,” Larson said. “And I found myself in a minority, believing that our understanding was gradually improving and we’d get there eventually.”

He recalled an after-work get-acquainted meeting with a federal manager of the NIF program: “I was telling him about the recent progress—it looks like we’re starting to get a handle on what some of these things that are limiting our performance might be.

“And he looked at me and he said, ‘Are you telling me I’m having a beer with a true believer?’

“I was just as surprised as everyone else by that (1.35-megajoule) shot—but I wasn’t surprised that we finally got there.”

“I was taken aback. I said, ‘Well, yeah, I guess I am, because I really do believe we’re going to get there.’

“Get enough smart people, enough diagnostics, and enough experiments—because we’ve always been experiment-limited—and we’ll get there.”

Larson was asked to fill in when NIF Project Director Ralph Patterson retired, and later assumed the role of facility manager.

“This was an intimidating prospect since Mark had done such an outstanding job of moving the facility forward and especially developing a strategy for stable funding and long-term sustainment. Those were huge shoes to try to fill.”

Nevertheless, he accepted the job in 2020. And despite his relentless optimism, Larson said he was taken by surprise by the NIF experiment on Aug. 8, 2021, that achieved a record 1.35 megajoules of fusion energy—roughly 70 percent of the laser energy delivered to the target—putting NIF at the threshold of ignition.

“I didn’t have an inkling that that shot was going to be so special,” he said. “Nor I think did anyone else.”

Larson, his wife Corinne, and his daughter Danielle were visiting a winery on a Sunday when Larson took a call from NIF Operations Manager Bruno van Wonterghem.

“Bruno told me, ‘Hey, I think something big happened here.’ The tritium alarms were going off. Those tended to be triggered by the neutrons from higher-yield shots.

“I was just as surprised as everyone else by that shot—but I wasn’t surprised that we finally got there.” 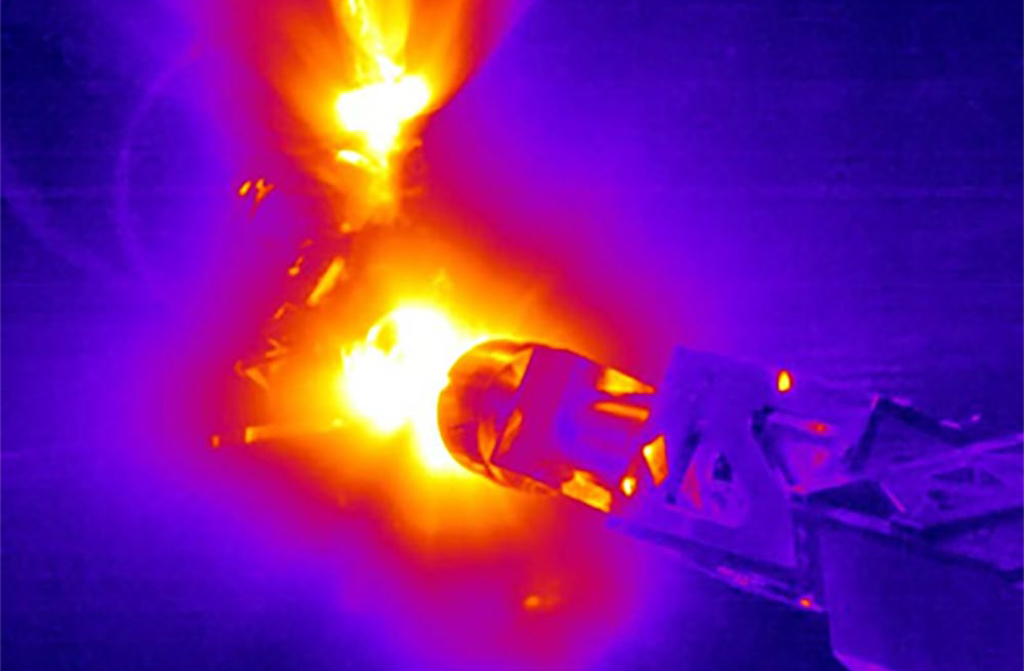 Image of a NIF experiment at the moment of peak implosion. This experiment was aimed at developing a high-pressure strength measurement capability for plutonium.

While achieving ignition was a key goal for NIF, Larson said it was also essential to focus “on the important things NIF does independent of ignition. Remember that the idea wasn’t ignition for ignition’s sake; the idea was ignition for applications to the nuclear weapons enterprise.” (See “Fusion Supports the Stockpile”).

The Dec. 5 experiment was the first to “put the ignition platform to work for stewardship,” Larson said. The experiment fired a withering blast of neutron radiation on small samples of depleted uranium, a step toward eventually conducting enriched uranium and plutonium survivability experiments.

“Nobody else can do that,” he said. “Nobody else has an intense pulsed source of 14 MeV (14 million electron-volt) neutrons to assess stockpile survivability questions.

“Right now, it’s survivability, but as we develop a burning plasma with even higher yield, it’ll broaden to other (stewardship) applications.”

The Path to Megajoules

After several follow-up experiments fell short of the 2021 result because of implosion asymmetries and “mix”—target capsule material contaminating the central hot spot due in part to surface and subsurface capsule defects—NIF ignition shots are now achieving energy yields of more than one megajoule.

Like the Dec. 5 ignition shot, a NIF experiment on Sept. 19 used increased laser energy and a slightly thicker target capsule and produced about 1.2 megajoules of fusion energy yield (see “High-Laser-Energy Shot Puts NIF Back on Track Toward Ignition”).

“The fact that we’ve gotten over a megajoule with three slightly different designs is super exciting,” Larson said. “To me, it means that (the researchers) are understanding what was causing a lot of the variability (in the earlier shots), and how you might make things a little less variable.

“The Dec. 5 ignition result certainly shows that a little more laser energy can go a long way,” Larson commented after the shot, “and it gives some strong motivation for NIF’s energy and power upgrade (to as much as 2.6 to 3 MJ later this decade) that is planned after we finish the NIF sustainment effort (a five-year plan to refurbish and upgrade critical NIF systems to sustain the facility through 2040).”

Summing up his years at the Lab, Larson said, “I had a better career here than I ever could have hoped for. I’ve gotten to work with such excellent, excellent people, and I learned something from every one of them.

“That’s one of the really great things about working in a place like this—people who know everything and have different strengths. Over 39 years watching people and trying to just keep growing by looking at all the role models that are all around us here.”