NIF’s progress toward fusion ignition and its contributions to stockpile stewardship and plasma physics research during the past decade are highlighted in a recent assessment of the state and future of plasma science by the National Academies of Sciences, Engineering and Medicine (NASEM).

The Plasma Science Decadal Report outlines recommendations for the advancement of plasma science and is expected to help set the direction for the field over the coming decade. 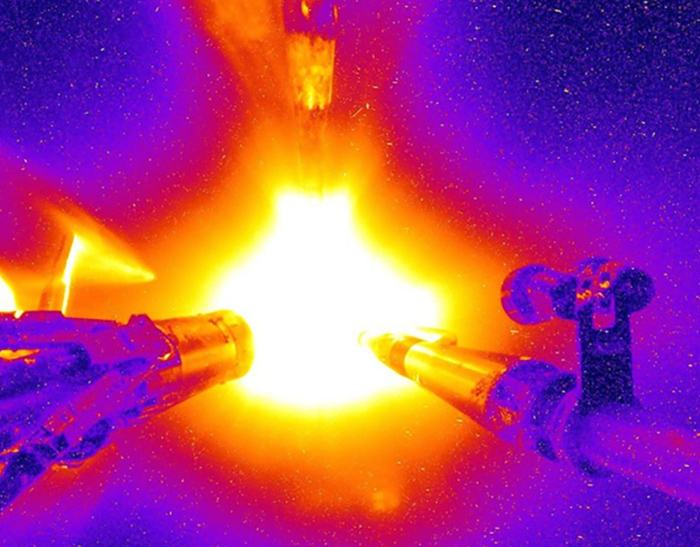 This colorized image of a National Ignition Facility “Big Foot” deuterium-tritium implosion was taken on Feb. 7, 2016. Experiments like this were highlighted as bright spots over the past 10 years in the Plasma Science Decadal Report.

The report, commissioned by the Department of Energy, the National Science Foundation, the Air Force Office of Scientific Research, and the Office of Naval Research, recommends a national strategy to develop new classes of laser systems.

It also calls for increased support of plasma science research at universities to foster diversity and prepare a new generation of graduates to conduct research using the most energetic experimental drivers at national laboratories, like NIF at LLNL.

“There is now greatly improved understanding of the physics required for ignition due to experiments performed on the NIF, even without ignition.”

NIF was prominently featured in the report as the source of multiple breakthroughs over the past decade in the field of high energy density (HED) plasmas—mixtures of ions and free electrons that make up more than 99 percent of all matter in the known universe. As the world’s highest-energy laser system, NIF enables researchers to subject plasmas to extreme temperatures and pressures relevant to understanding the conditions found only in stars, giant planets, and nuclear detonations.

“It was great to see that this NASEM report recognized the importance of high energy density science and laser-plasma interactions to the field of plasma science,” said NIF Director Mark Herrmann. “I particularly appreciated the praise for the quality of science being done by Lab scientists and other users of the NIF. The study also set forth a series of exciting grand challenges for our field, many of which are closely tied to the work we are doing at LLNL to ensure our national security.”

NIF is an indispensable element of the National Nuclear Security Administration’s Science-Based Stockpile Stewardship Program, as well as a pair of programs led by LLNL to modernize aged nuclear warheads. The report notes that ignition experiments on NIF have provided data essential to stockpile stewardship: “There is now greatly improved understanding of the physics required for ignition due to experiments performed on the NIF, even without ignition,” the report says. 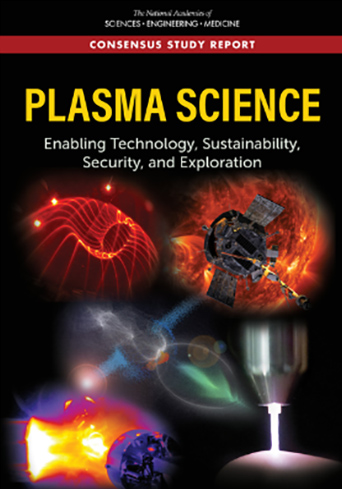 In inertial confinement fusion (ICF) experiments, hydrogen isotopes are compressed and heated in a target capsule until they fuse, creating helium nuclei (alpha particles) and releasing neutrons and other types of energy. Fusion ignition refers to the moment when the alpha-particle energy deposited in the hot spot at the center of the capsule equals the energy losses due to emitted x-rays and electron heat conduction: as much or more energy “out” than “in.”

NIF’s energy yields have grown by a factor of 21 since experiments began, and the facility also has seen significant increases in energy coupled to the target capsule, implosion velocities, and the pressures at the center of the implosion. The report attributes much of NIF’s progress to a combination of new and enhanced diagnostics and improvements in 3D modeling and simulations.

“Innovative diagnostics and diagnostic techniques have enabled developing a detailed picture of ICF plasmas and imploded target cores with unprecedented precision and enabled the investigation of HED matter at previously unattainable conditions,” the report says. “The ability to model targets at high resolution in three dimensions has led to a better understanding of the impact of capsule ‘engineering features’ such as (target capsule) fill tubes and mounts. By improving these features, target performance has also improved.

“Diagnostic-enabled results have motivated a complementary improvement in our ability to analyze, simulate, and deal with unprecedented volumes of data,” the report continues. “Increases in computer power combined with improved algorithms have considerably improved the ability of simulations to model plasma experiments.” This ability to model experiments in 3D over a wide range of implosion perturbation sources has allowed researchers to design new experiments aimed at reducing or eliminating the factors standing in the way of ignition. 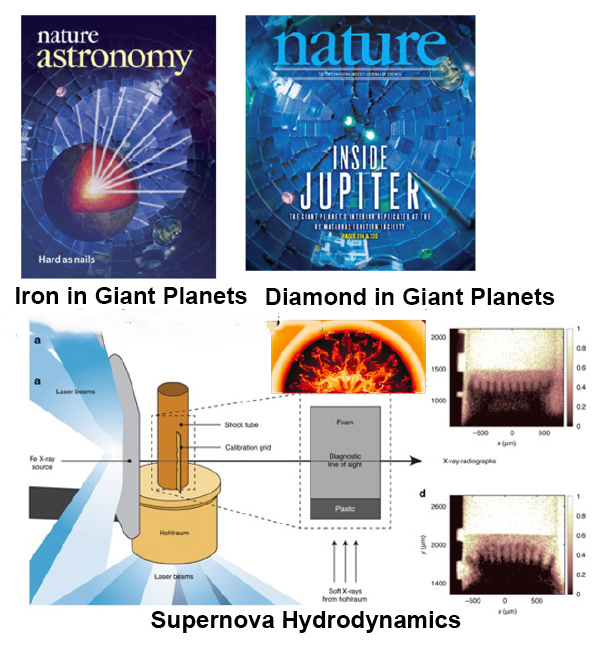 The Discovery Science program at NIF has given U.S. and international researchers access to the NIF laser for “experiments spanning a wide breadth of topics in HED science,” notes the Decadal Report. “Many have direct relevance to fundamental astrophysical and material science questions.”

The report identifies six grand challenges for plasma science over the coming decade, four of which relate to research conducted at LLNL and NIF: understanding the behavior of plasmas under extreme conditions; mastering the interactions of the world’s most powerful lasers and particle beams with plasmas; accelerating the development of fusion-generated electricity; and demonstrating that lasers and pulsed-power devices can produce inertially confined fusion ignition.

For the nation to continue to lead in plasma science and tackle these grand challenges, the report calls for a national commitment to build the successors to today’s largest experimental capabilities.

LLNL physicist Gail Glendinning served on the 18-member committee that produced the 291-page report, leading the section focused on HED plasmas. Over the course of a year and a half, committee members drew on input from researchers across the country on HED plasmas, laser-plasma interactions, magnetic fusion, basic plasma physics, astrophysical plasmas, and low-temperature plasmas. Multiple LLNL researchers provided input through white papers and participation in information-gathering town-hall meetings.

“The whole field is aging, and plasma physics is one of the least diverse branches of physics,” said Glendinning. “We recognized that universities are training grounds. They will play a crucial role in encouraging an interest in plasma science among underrepresented populations and fostering more diversity in the field.”

Fifteen mid-scale laser facilities are currently in use across U.S. universities, giving students the opportunity to conduct fundamental plasma-science research while also preparing them to work at larger laser facilities like NIF. Glendenning noted, however, that a gap exists across the country in terms of mid-energy pulsed-power research capabilities. There are only a dozen small-scale pulsed-power facilities across U.S. universities and none at the mid-scale level.

“It’s important that the country work to create and sustain high energy density pulsed-power facilities at universities to train the workforce and study physics relevant for the next big drivers,” Glendinning said. “Such stepping-stone facilities, the report finds, are key to preparing the next generation for important national security research at national laboratories.”

“While the existing major facilities are expected to continue to produce scientific advances for at least the next decade,” the report says, “planning for the next generation of ICF and HED facilities, both laser- and pulsed-power-driven, is beginning. If the United States is to continue as the international leader in ICF, the next HED facility intended for ignition must be designed and built.”

“It was an honor to be part of this assessment of the state of plasma physics,” Glendinning said. “I’m sort of nearing the end of my career here after 35 years, and I saw this as a way to make a contribution and possibly help provide direction for the future. I think it’s important that we find ways to do more HED physics at universities and continue pushing the envelope with the next generation of large experimental drivers. If those are outcomes of this report, then I think that would be very impactful for the nation.”