Climber With a Camera 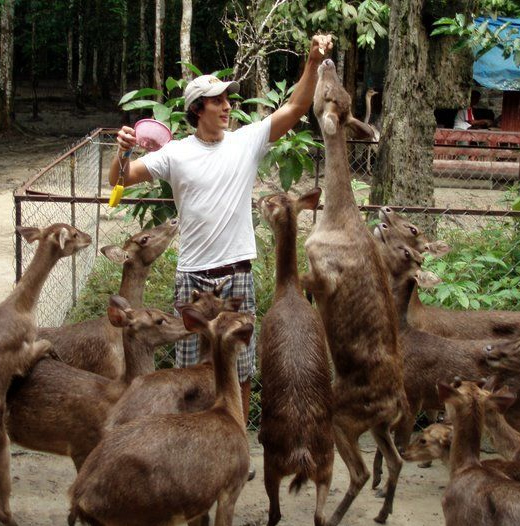 “I basically grew up in the metal shop that my parents owned,” says NIF Field Engineer Jeremy Huckins, explaining the roots of his draw to engineering. “From there, it was an easy jump.”

Huckins knows something about jumping: in addition to spending his working days as an LLNL mechanical engineer, he is an avid rock climber. This includes everything from mountaineering to traditional rock climbing to bouldering—a free-climbing pursuit that requires the climber to grip tiny cracks and ridges on giant boulders with his or her bare hands, and no harness in sight. A climber must often let go and simply fall to a pad on the ground during a challenging climb.

The 30-year old New Mexico native grew up with a love for the outdoors, regularly going on camping trips with his family and spending time on his grandparents’ ranch. As a student at the University of New Mexico, he discovered a set of friends who enjoyed rock climbing, and joined in as a way to spend time with them. 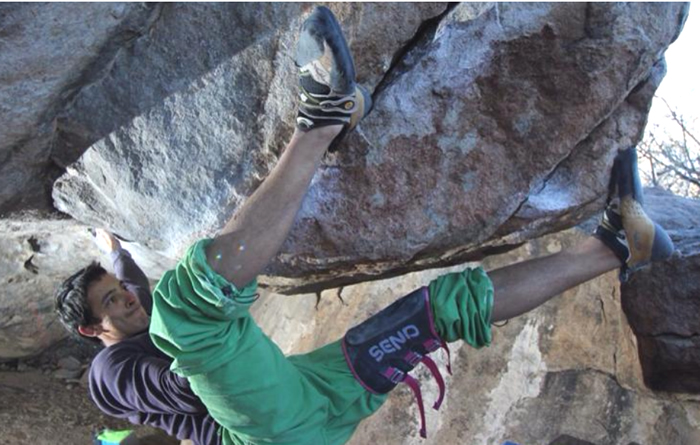 Huckins takes on a bouldering challenge in Hueco Tanks, Texas.

“I totally fell in love with it,” Huckins says of the sport, “and it complements my two other biggest passions: photography and traveling.” Huckins went on to complete his master’s degree in mechanical engineering, also at the University of New Mexico, and continued honing his skills as a rock climber and expanding the scope of his adventures. 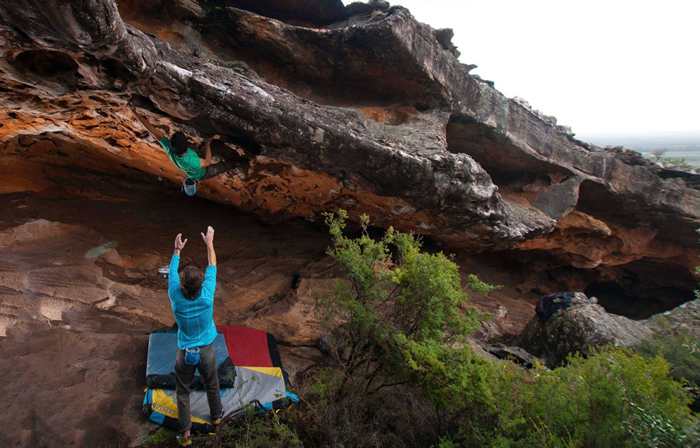 Huckins bouldering in Australia, spotted by a friend.

Huckins has been all over the United States—and the world—taking breathtaking photos of the views he’s come across in his search for the best climbing spots. Last summer he took time off work to explore cultures and landscapes half a world away—he visited Australia, Kenya, South Africa, Peru, and Ecuador in just three months. His favorite place? “South Africa,” he says emphatically. The stunning views and the killer climbing made this country his top destination. 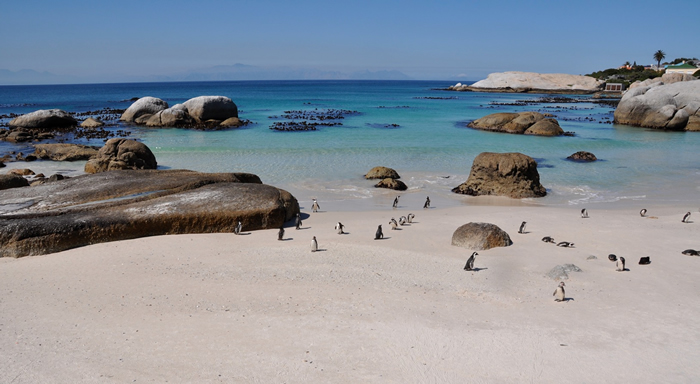 Penguins on a beach in South Africa. Credit: Jeremy Huckins

Even though the scenery is gorgeous, sometimes it’s the cultural disparities that really make the experience special, he says: “When I was in Kenya, everything was different—there were goats and chickens everywhere, people just making their living from what they had right in front of them. Only one person in the whole village spoke English. It was a really grounding, humbling experience.”

Huckins started working in DOE labs as an intern at Sandia National Laboratories’ New Mexico campus. “Sandia’s one of the biggest technical facilities in New Mexico, so I was really drawn to it,” he says. He went on to work there for several years after finishing his graduate program, and then decided to make the jump to Livermore. “California’s a beautiful place because you’ve got the ocean to the west, the mountains to the east, and there’s always something to do and somewhere to go,” he says of his adopted home state.

At LLNL, he worked for some time on the Advanced Radiographic Capability (ARC), specifically on the transport and handling of ARC components. He designed machinery that transports and gently handles the optics within the ARC, protecting them from damage. When that project wrapped up, he moved on to the Advanced Laser Alignment System, or ATLAS. His work in the last five and a half years has been essential to mission support at NIF. 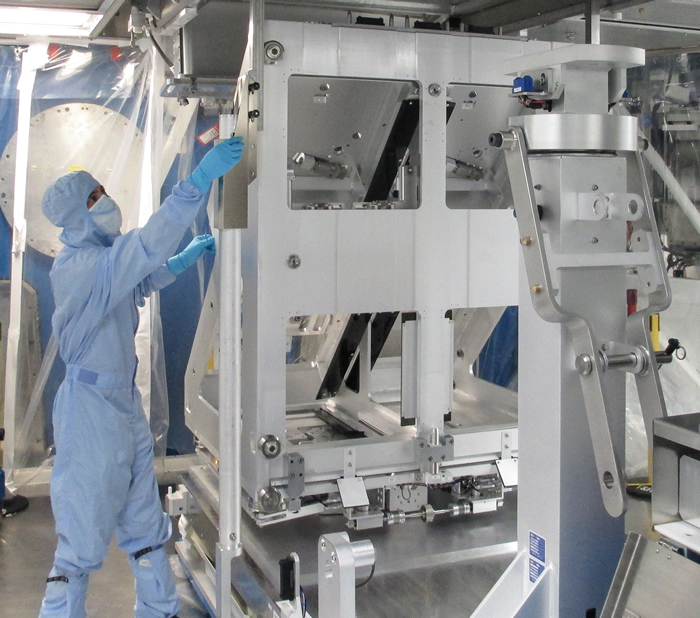 He won’t be seen often around the site now, however. Huckins recently relocated to Portland, Oregon, with his fiancée and is now working for the Lab remotely. To follow his adventures online, visit his website, which showcases more of his dramatic photography—both of the landscapes he encounters and of his climbing prowess. He also posts written reports of his experiences during his travels.

The place he still wants to go? “Iceland, for sure,” he says. “I’ve never been climbing somewhere with that kind of geothermal activity, the glaciers and the waterfalls.”

Wherever he goes next, he’ll be sure to make the most of the experience—and to capture it on film.