Reaching Out to the Community 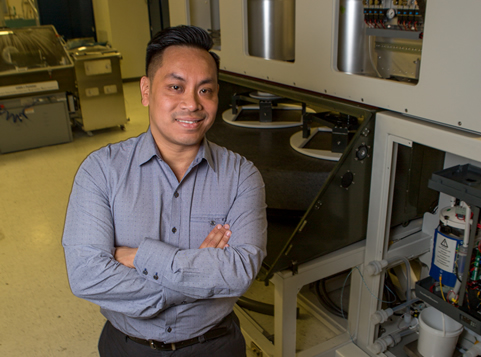 From early in his life, Henry Hui seemed destined for a career in science, technology, engineering, or math—career fields known collectively as STEM. Growing up in San Francisco’s Sunset District, he was exposed to science in the city. His visits to the California Academy of Sciences and the San Francisco Exploratorium gave him hands-on experiences and knowledge that paved the way to a bright future.

Hui enjoyed being surrounded by his large family—he had four sisters—in a family-oriented community. It provided opportunities to do things together and visit local points of interest, go fishing and crabbing, and visit the zoo. His most important early influence, he recalls, was “definitely my parents.” Despite full-time jobs, their persistence in finding time to expose their children to a variety of activities played a vital role in instilling curiosity in all of their children. And for Hui, that curiosity led to building and fixing anything mechanical. “They always made me feel like I could do anything I wanted to do,” he says. “I attribute all my success to them.”

Hui earned his B.S. degree in mechanical engineering from San Jose State University in 2004. Looking for work that was closely related to his college experience, he began his career in the laser industry. Working for Spectra-Physics, one of the first laser companies, he spent three years as a mechanical engineer, designing opto-mechanical systems and optical component mountings for laser systems.

Hui was exposed to LLNL during his youth and in college through his professors and colleagues. After spending two years in the defense industry with BAE Systems in Santa Clara, CA, where he designed tanks and weapons systems, Hui decided to make his way to LLNL in 2010 in search of new horizons. As a mechanical engineer at LLNL, Hui designs machines and equipment used to process the large optics used in NIF. He also is the project leader for a new holographic lithography system, which uses laser light to imprint a pattern onto photoresist-coated optics. 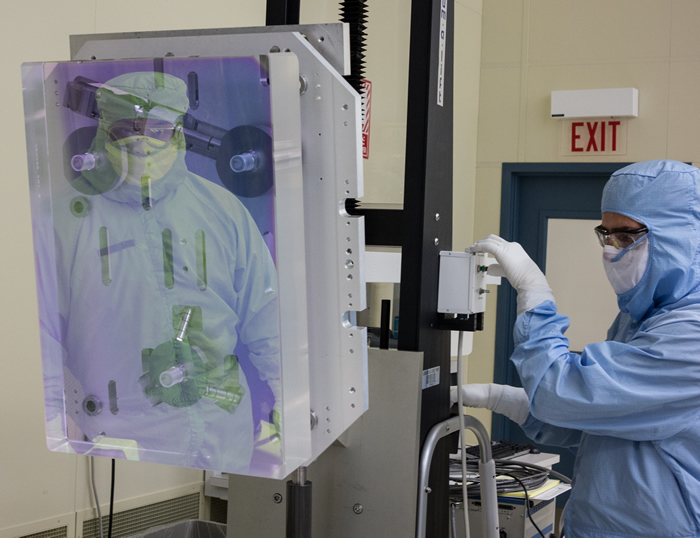 He and his team use the latest engineering tools and simulation software to design complex equipment, such as drift cancelling tip/tilt mirror stabilization systems. He also has worked on the development of automated convergent polishing machines used to polish glass optics. When asked what he likes about his job, he says, “The thing I like most about my job is that it is challenging. All of our projects are held to the highest engineering standards.”

Recently the Laboratory’s community outreach programs and promotion of STEM education have given Hui the opportunity to share his experiences and knowledge with young people. “I think community outreach is important to spark interest in young people, so that they are inspired to become the next innovators, educators, scientists, and leaders,” he says.

Hui teams with NIF & Photon Science physicist Zhi Liao and other colleagues to meet with students of all ages and backgrounds in school classrooms and during special STEM programs. “It reminds me of where I came from and inspires me to give back to a community that has given so much to me,” Hui says. Leading the NIF & PS Laser Roadshow, Hui and his crew participate in many interactive laser demonstrations, bringing education and awareness to students and others about lasers and how they function. 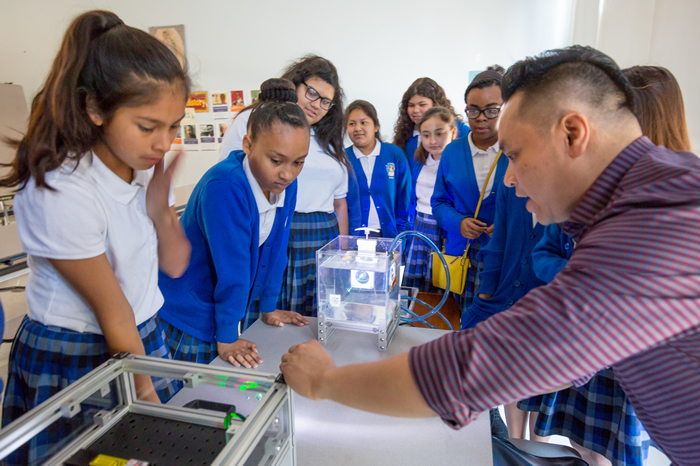 Henry Hui explains the properties of lasers to students during a STEM presentation at St. Elizabeth Middle School in Oakland. Credit: Jason Laurea

And the reward? “I think the most rewarding part of my outreach efforts,” Hui says, “is getting to interact with kids and seeing their reactions when they see something new and unfamiliar and aren’t quite sure how it works, but are excited to find out.”

Outside of LLNL, Hui enjoys spending time with his family and playing tourist in the city. “It’s a whole new experience seeing the city through the eyes of my kids,” he says. When time allows, he enjoys traveling and playing sports.

Video: Henry Hui describes his early influences, his work at LLNL, and the enjoyment of motivating young people to pursue careers in science, technology, engineering, and math as a way of giving back to the community.