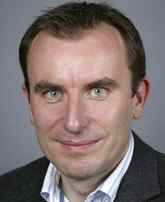 Professor Mike Dunne joined LLNL in 2010 as Director for Laser Fusion Energy. He is also the program director for high power laser development projects for international academic and industrial applications. His role has included leadership of the inertial fusion energy project designed to build from NIF ignition with a goal of delivering electrical power to the nation at the gigawatt plant scale. He was previously the leader of the European laser fusion program, HiPER, and Director of the UK's Central Laser Facility. He spent 10 years at AWE Aldermaston in the above-ground test program and led the assessment of AWE's national technical capability. He is a visiting professor at Imperial College London, where he received his Ph.D. in plasma physics.